When we purchased our Arizona property in April of 2004, the only "decorative" plants were three Palo Verde trees, a couple of horrid mesquites, a nice palm tree and a lovely dwarf oleander hedge. One of the first things I did was go to a cactus dealer and spend way too much on cacti of all shapes and sizes, and a small lemon tree. These were promptly planted and carefully tended until mid June when we headed back home for the summer. We didn't have any way to keep the plants watered, and even cacti benefit from some moisture through the heat of the summer, so I hired a man to watch the plants and water weekly or as needed. When we returned the following October, nearly every cactus was dead but the palm tree and oleander hedge looked great. My man had decided cacti needed no water, and he evidently "forgot" about the lemon tree.

So I returned to the cactus dealer and purchased replacements for the ones I had lost, and bought another (larger) lemon tree. Then, when it was time to leave for the summer, I hired the same man to water the plants (I'm a slow learner). I explained to him that ALL the plants needed to be watered weekly, not just the palm and oleanders. Although he is mildly mentally challenged, he usually does a job well with repetition. But, alas the same thing happened again and I returned to more dead plants.

That is when I decided to place a rock in every spot where a plant had died, and glue a frog to each rock. Needless to say, my Frog Garden grew much faster than my cactus garden!

I've grown fond of the frogs, sitting on their rocks, so they will stay and live among the cacti. 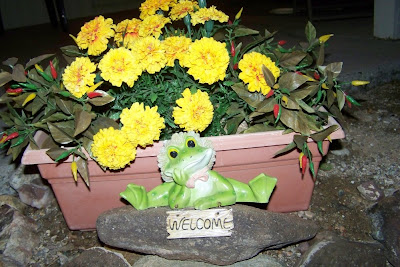 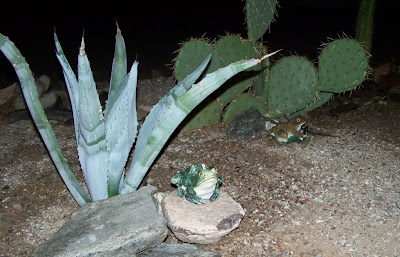 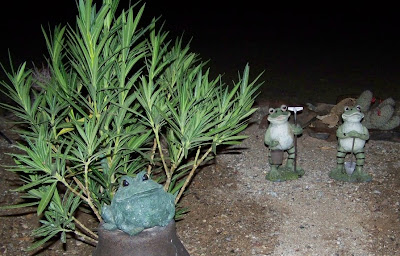 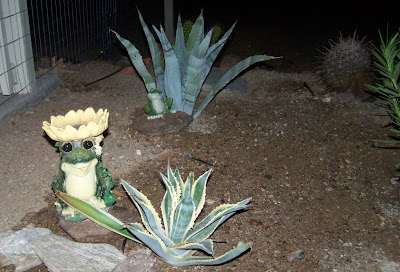 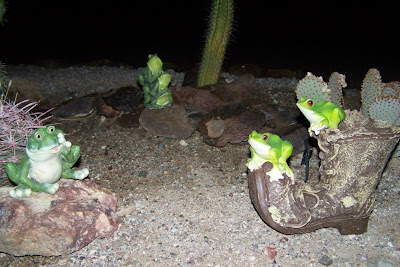 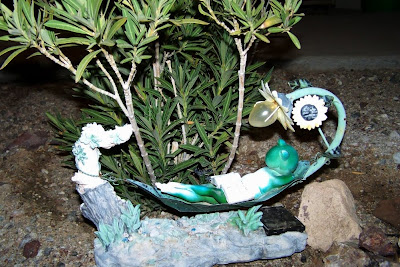 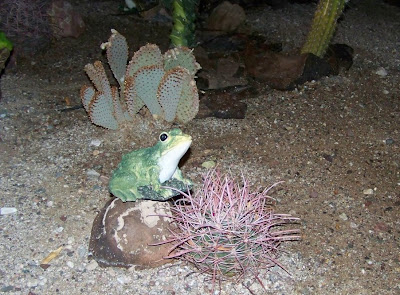 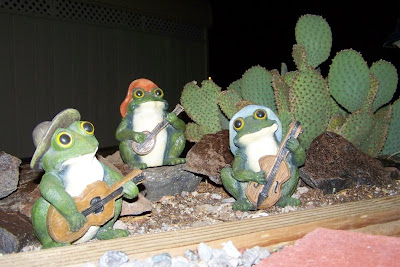 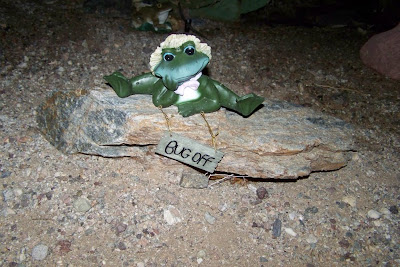