The days are getting noticeably longer now, and there has actually been some growth going on in the Arizona mini-garden. Not a lot, mind you, but enough to give me some hope we'll have something mature before we leave to go back home. 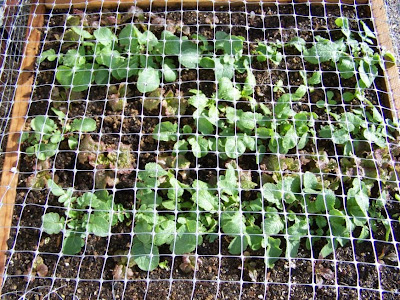 I've pulled a few radishes from this bed, and thinned out the lettuce a bit. The radishes are sweet and mild, but several of them have root maggot damage, and many of them have large tops but little or no root. They won't go to waste, though. My pet rabbit loves the radish leaves. All of the lettuces were planted at the same time, so it's unusual the sizes of the plants are so varied, even among the same varieties. Everything is still under netting for bird protection. 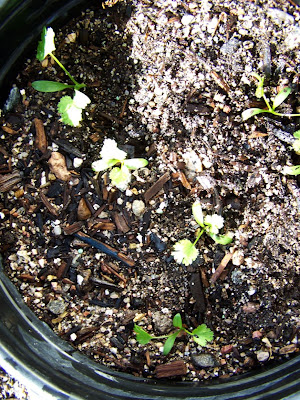 The kale in this pot is from Stefaneener, of Sicilian Sisters Grow Some Food. They have some true leaves, so will have to be thinned down to one or two in the pot....someday. 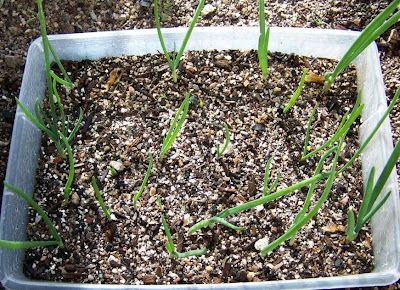 These red onions were planted from sets. I'll definitely get a harvest from them, as scallions. 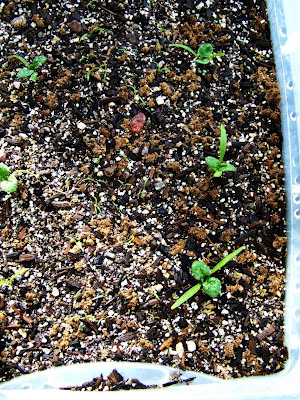 The spinach is growing slowly, but at least it lives. Some came up in another bed and promptly died. Which reminds me, I need to get a photo of them for the next Garden Bloggers Death Day. I know it's nearly impossible to see them, but there are carrots germinating in the center of the container. Very good germination! 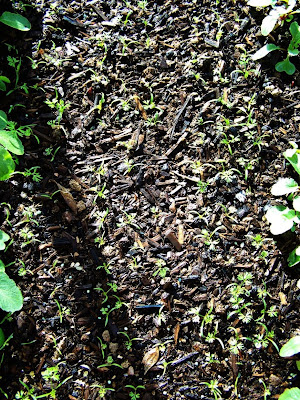 Ooooh, do click on this photo to enlarge it! Look at all the tiny carrots, with their feathery little true leaves! I planted these 1" apart on the seed mats, and I'm still going to have to thin out half of them, as I think every single one came up. I'll wait until the tops are large enough to thin and use as bunny food. 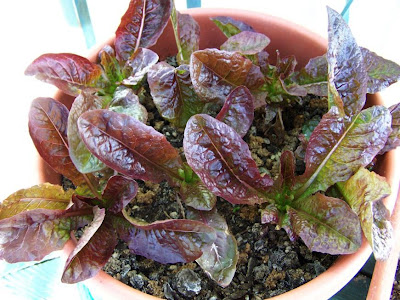 The potted Red Romaine, brought down from WA last October, is still providing the rabbit with a handful of greens each week, although it has turned a bit too bitter for using in our salads. 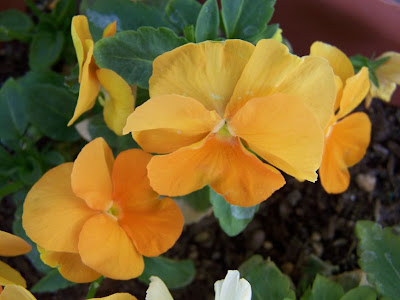 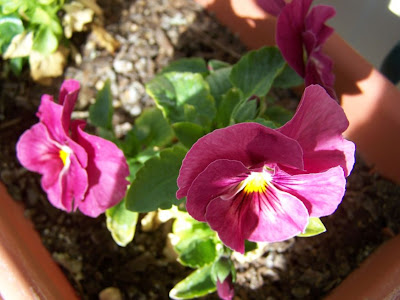 The pansies provide some much needed color to brighten my days. 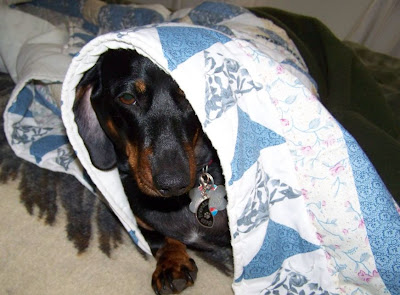