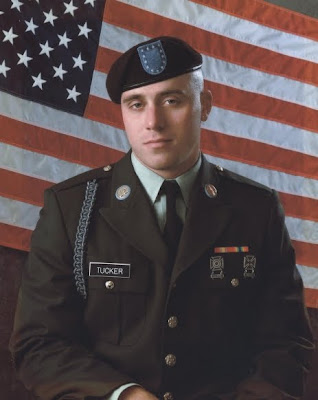 
Thomas Lowell Tucker (May 5, 1981–June 19, 2006) from Madras, Oregon, was a Private First Class of the U.S. Army tortured, killed, and mutilated by Al-Qaeda in Iraq. He was one of two U.S. soldiers seized by the Mujahideen Shura Council during an attack that left a third soldier Spc. David J. Babineau shot to death on a roadside checkpoint on June 16, 2006, in Youssifiyah, Iraq, an area known as the Triangle of Death. PFC Kristian Menchaca also went missing in that incident.

On June 20, 2006, military sources reported that the bodies believed to be Tucker and Menchaca were found in Youssifiyah. The bodies of two U.S. soldiers were mutilated and booby-trapped, with IED's on the road leading to them. The director of the Iraqi defense military’s operation room Major General Abdul Aziz Mohammed told Reuters that the men were tortured and killed "in a barbaric way". The Mujahedeen Shura Council, a group linked to al Qaeda, said in their statement: "We announce the good news to our Islamic nation that God's will was executed and the two crusader animals we had in captivity were slaughtered"..."And God has given our Emir, Abu Hamza al-Muhajer, the good fortune of carrying out the legitimate court's command in person." Pentagon spokesman Bryan Whitman, when asked about the claim by the Shura Council that it was holding the soldiers, said they have no independent confirmation of that report. Another U.S. soldier was killed and eight were wounded during the search operations.

On July 3, 2006, PFC Tucker was honored in his home of Central Oregon beginning with a funeral service at Deschutes County, Oregon Fairgrounds, officiated by Pastor Lee McCloud of Oregon Ministry Network of the Assemblies of God, followed by a funeral procession, eight miles long, to Madras, his hometown, where he was buried at Mount Jefferson Memorial Park Cemetery. Along with hundreds of local mourners of PFC Tucker and military dignitaries, the burial was also attended by Oregon Governor Ted Kulongoski, U.S. Rep. Greg Walden and others. Even after PFC Tucker's burial, banners, pictures, and other signs of support remained on display around Madras.

On July 10, 2006, a video showing the bodies of Kristian Menchaca and PFC Tucker was posted on an extreme Islamist website, purportedly by al-Qaida in Iraq. Although the video does not show the actual executions, it shows the two corpses laid out on a road and being taunted by the alleged captors, who present the head of Thomas Tucker to the camera like a trophy, and stomp on the head of Menchaca.

On September 23, 2006, a second mutilation video of the two soldiers was broadcast on the Internet. It shows the two soldiers being dragged on the streets and their bodies being set on fire. Tucker's head is kicked by an insurgent.

It was widely reported in July 2006 that a Jordanian man, Diyar Ismail Mahmoud, a.k.a 'Abu al-Afghani', alleged as being behind the killing and mutilation of Tucker and Menchaca, had himself been killed in a firefight with Iraqi security forces.
[edit] Iraqi Judicial Proceedings

In October 2008, an Iraqi judge sentenced Ibrahim Karim Muhammed Salih al-Qaraghuli to death for the abduction, torture, and murder of Tucker and Menchaca. An expert witness stated that al-Qaraghuli's fingerprints matched photographs of bloody prints found on the front panel of the truck from which the two men were dragged. Two other men were acquitted and released due to a lack of evidence. 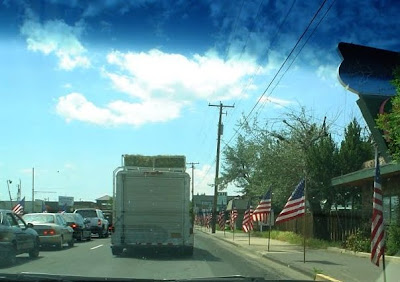 A town in mourning. 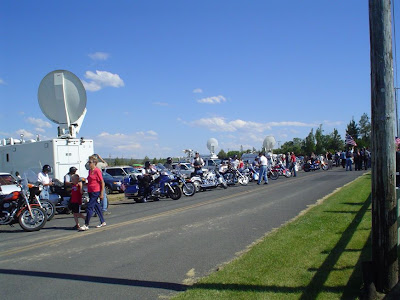 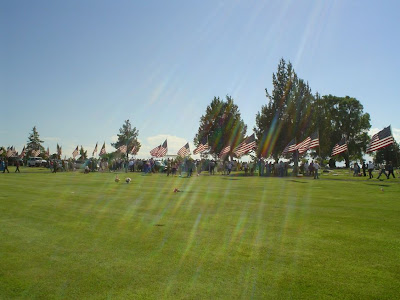 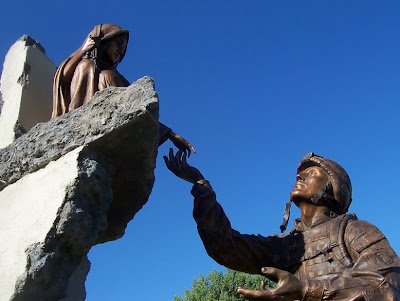