The two year old granddaughter came Friday. She had been sick with a tummy ailment all week, but her mother assured me she was over it. Evidently not, as I woke up sick Sunday morning, feeling bad enough to spend the next 24 hours in bed. I woke up Monday morning feeling just fine, so I was happy the bug was only a 24-hour one.

I missed a couple of lovely days to work in the garden though. Both Sunday and Monday were warm and sunny, but I didn't want to push myself after being sick, so I stayed inside, doing little except for potting up a few of the tomato seedlings into larger containers, planting a few more six packs of flowers and herbs, and making a bunch of carrot seed mats.

Today was supposed to be warm, but it's cloudy and windy. I did get out to plant some of the cabbage and broccoli seedlings. John never did show up to till the east garden, so I did a couple more beds with shovel, rake and claw cultivator. That's five of the six new beds ready for a layer of compost and a final digging and leveling. The beds are all 3-feet wide except for one, which is four feet wide and will hold the determinate tomatoes. Two beds are 7-feet long, the other four will all be 8' long. The square footage of planting space is about identical to what I had in the raised beds but, I think, situated for better light and air flow. There is actually room for another small bed at one end, which will possibly just be a hill of squash. It's in the spot where the lilac suckers abound. They have become so invasive, I'm tempted to remove the lilac tree. 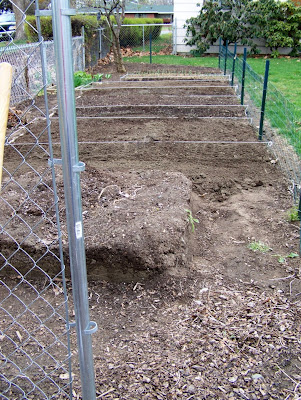 Only one mound left to level in the east garden. 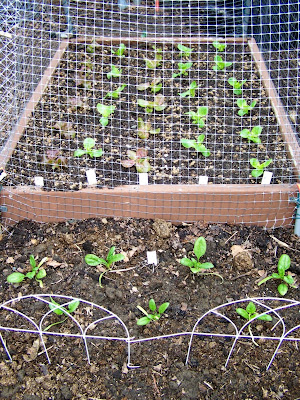 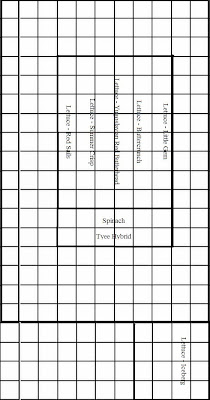 The lettuce and spinach seedlings planted last week have actually shown some growth. 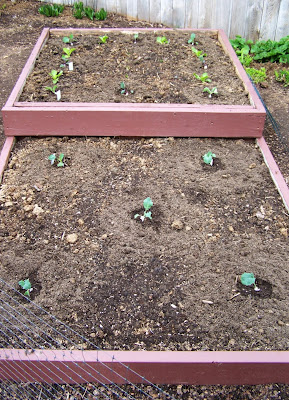 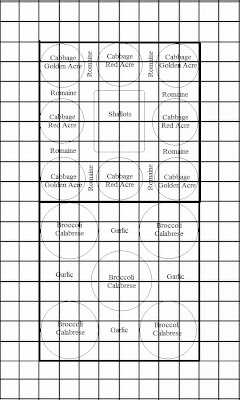 Eight cabbages and five broccoli plants were set in today. The Romaine lettuce and shallots, planted last week, are growing. The garlic has yet to show. It was purchased from the grocery store, so if it doesn't grow I'll replace it with green onions. 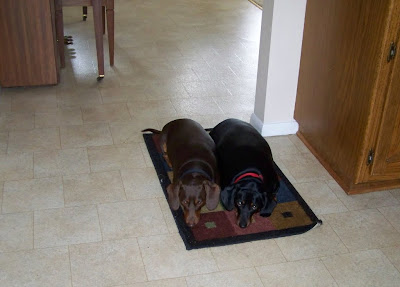