The end of the gardening season has arrived. In six days, we'll be leaving to spend the winter in Arizona, so the Washington garden has been harvested, with the exception of a few tomatoes and strawberries, and is being cleaned up and "put to bed" for 2011. 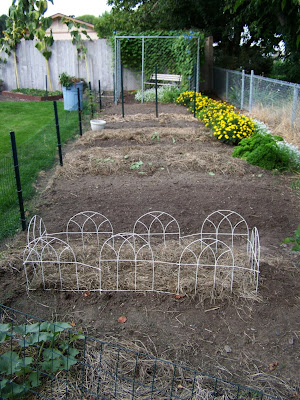 The east garden has been cleared of everything but the flowers, parsley, and the cantaloupe plant that has no chance of ripening. It's still trying though, so I'll give it a reprieve and have my son come over to check on it in a couple of weeks....IF we don't get a freeze before then. Garlic was planted in the small fenced area, then covered with grass hay mulch. I was tearing out my hair, trying to find a suitable place to plant it. I wanted it behind the shed, next to the lettuce bed, but the cosmos and sunflowers have completely obliterated that spot. My second choice was against the chain link kennel, at the back of this plot. I tried to dig there, but the neighbor's walnut tree has put out so many roots in that area it was impossible to work up a decent bed. I want to till this east bed next spring, so I really didn't want anything planted in it. I finally gave in, and used this year's onion bed. This end of the garden will have to be left untilled and dug by Granny power. 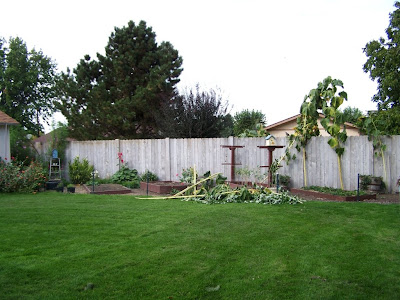 Yesterday I pruned the raspberries for the second time. They had grown so tall and lush, they were nearly as large as they were before the first pruning. Now the canes are all about 2 1/2-3 feet high, so won't suffer from being whipped around by strong winter winds. Mr. Granny began sawing down the sunflowers today. I'll remove the heads and put them in, or next to, the kennel garden, so the birds can eat the seeds this winter. 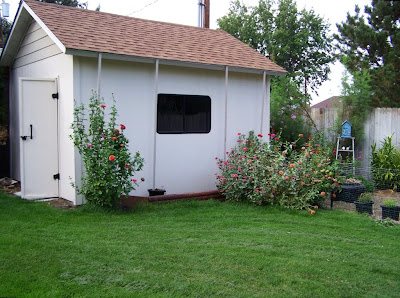 The "shed tomatoes" have all been removed, with the exception of an unknown variety volunteer. I'll leave it and hope the fruit gets some blush before it freezes. I'll try to get my son to come over and keep an eye on it. The zinnias will be pulled this week. 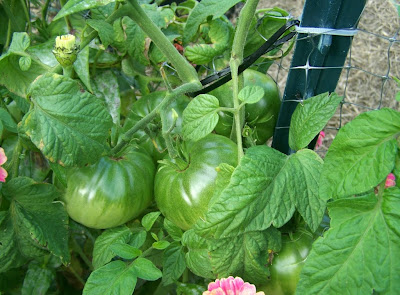 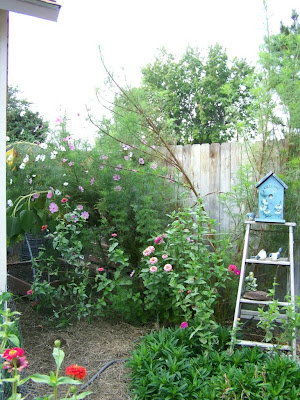 I'm not sure what to do with the cosmos jungle. I've been bringing bouquets into the house, and they are so pretty! Only the ones that flopped over have blossomed, so maybe I can at least get the upright giants cut down. 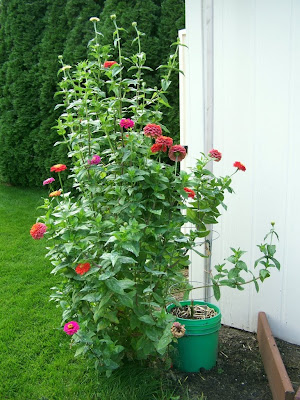 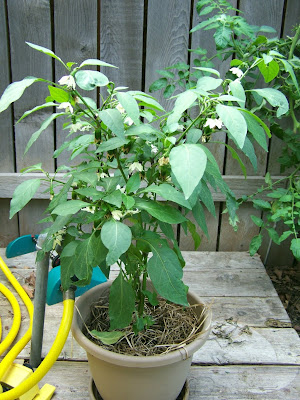 I wonder if I can sneak this jalapeno pepper plant into the back of the pickup without Mr. Granny seeing it. It's loaded with baby peppers and blossoms, and looks better than it has all year! It would make a nice plant for the porch in Arizona. 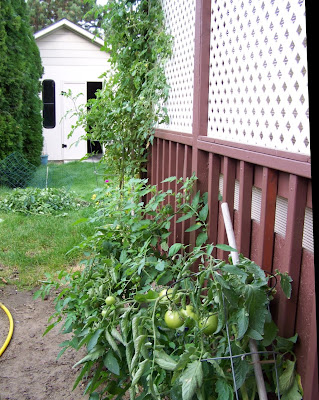 My tomato alley is beginning to look rather sad. They are still giving me ripe tomatoes, so will probably not be removed. I'll just have to deal with the dead plants next spring. 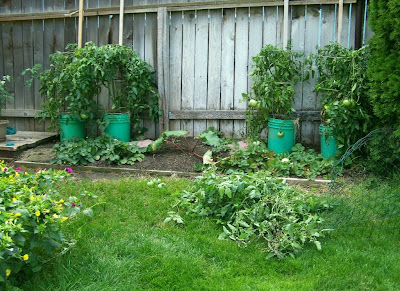 I've started cutting back the Cherokee Purple tomatoes, but they still have a lot of green fruits. I picked everything that had even the faintest blush of color today. I'd like to take some to ripen through the next month or two. 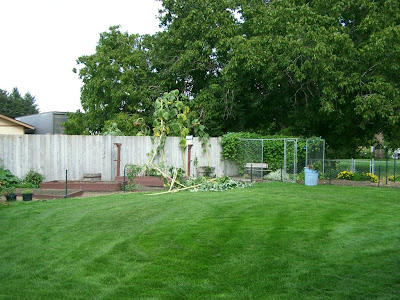 It doesn't look like winter, does it? It's hard to pull up plants and then leave the garden while everything is so green. I'm still hoping for a big display of Heavenly Blue morning glories on the kennel fence before I leave, but so far I only see about a half dozen each day. 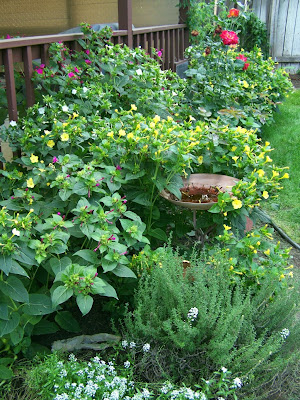 The back flower bed doesn't know it's winter, either.