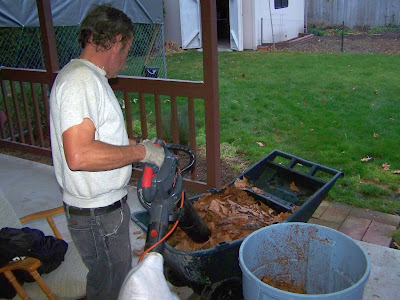 Son John came over to till the other side of the garden late yesterday afternoon.  I told him we needed to chop up some of the remaining bagged leaves so we dumped them out into the garden cart and sucked them up with the leaf vacuum. 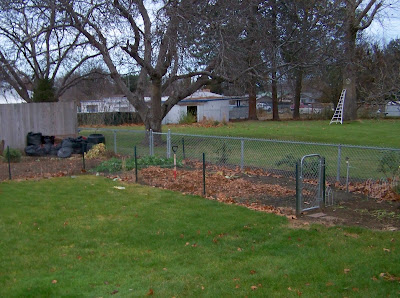 We began spreading the resulting shreds over the east garden. 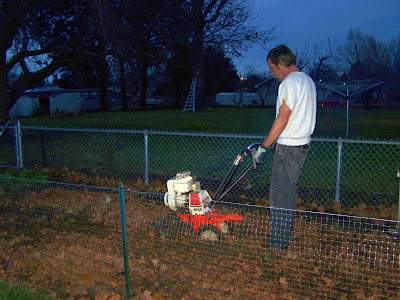 Then he tilled them all in.  It was getting really dark, shortly after 4:00 PM.

The 30-some-year-old rototiller is on its last legs.  If I'm going to need it next year, to dig in all the leaves I get from the neighbor, I'm going to have to spring for a new engine for it.  It's been stored, unused, for over twenty years.  I'd actually prefer to form the planting beds next spring and dig in composted leaves, or double dig each bed, adding shredded leaves as I go or, best of all, use the shreds as mulch and let them decompose in place.

I think there are only two bags of unshredded leaves left.  I'll run those through the vacuum today, and add them to the already chopped up leaves I have in bags, bin and barrel.  They'll have time to partially decompose and be used as mulch in the 2013 garden beds.