I hit the 100 pounds of produce mark this week, which looks to be one of the better spring seasons so far.  I don't expect that to last though, as my onion and potato yields are running way behind, and I didn't plant pickling cucumbers or pumpkins, which added greatly to the total poundage in some previous years. 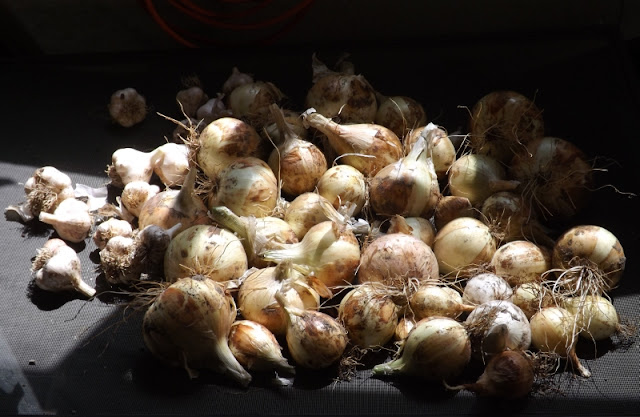 The onion harvest, at just over 16 pounds so far, will end up way below last year's 59 pounds.  The garlic harvest was about equal to previous years.

We've had below normal temperatures the past 10 days or so, with rain nearly every day.  I noticed a couple of the larger sweet peppers had an off color, and when I touched one it turned to mush in my hand.  Both of the large peppers on the plant were completely rotten.  I hope it was from too much moisture, and not from some disease.  I won't have to worry about too much moisture or cool weather this week.... 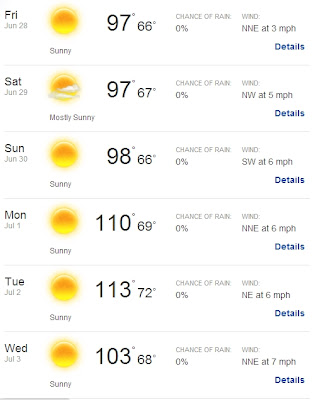 The tomatoes, peppers and beans should love that weather! 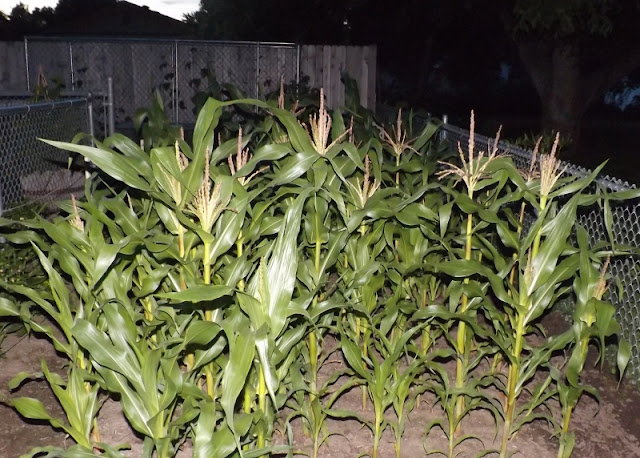 The early corn is tasseling.  It's a good thing it hasn't formed ears yet, because if it gets up to 113 this week, I'd have popped corn!