It was 104F here yesterday, breaking the old record of 102F, so I waited until the temperature dropped down to 95 last night, then I went out to finish pruning the old canes from the raspberry bed. I was nearly finished, when the neighbor turned on his ^%*&# sprinkler again, and I got a cold shower. I am considering installing a picture window in the cedar fence, so that man can see when I'm working in my garden! Oh well, there were only about two canes left to cut out. I can finish in the morning, if his water is off. Speaking of sprinklers, I need to talk to my other neighbor, Pat, about adjusting one of her front sprinklers. It came on around five this morning, and right through my bedroom window! She'll get a good laugh over it, and there won't be any problems over making an adjustment. I'll make her take a few of my zucchinis as payback. 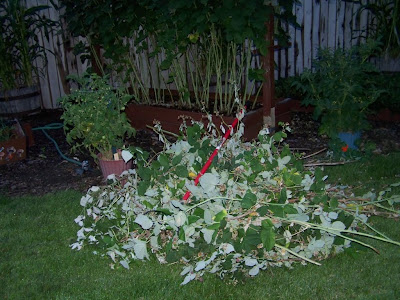 Almost there! Yikes, what am I going to do with all these raspberry canes? 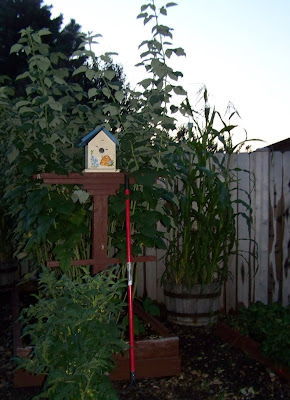 I wonder just how tall those raspberry canes are now. That's a 6' fence behind them. I'll bet they're nearly 10 feet high.
Since it was too wet around the raspberries, I grabbed a colander and headed for the bean patch. It had been two days since I'd picked, so some of the beans got pretty big. They'll either get used as shelly beans, or cooked for the dogs to eat. My dogs love their green beans! 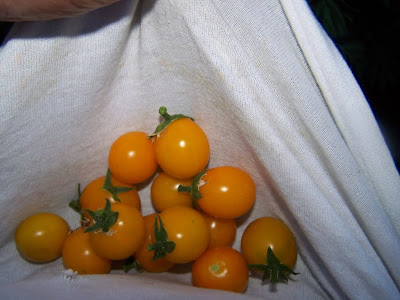 While I was picking the beans, I noticed a few tomatoes on the little Minigold, so I used the front of my shirt to hold those. 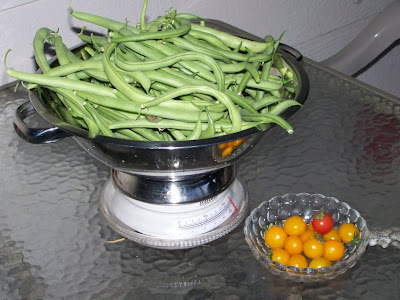 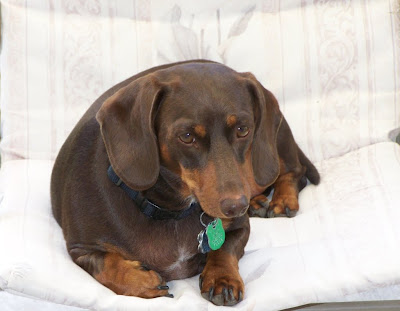 Otto watched. I think Annie was in the house keeping cool.

Speaking of tomatoes, those Cherokee Purples are something else! While many of my plants only have blossoms or a few small fruits, I counted over 50 tomatoes on the one CP that's planted in a bucket! The two that are planted in the ground don't seem to be nearly so prolific. 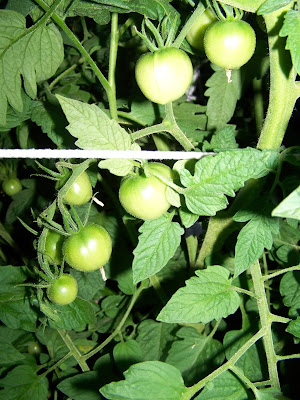 The Cherokee Purple and its neighboring plants got a bit out of bounds. I had to tie them up with cotton clothesline! 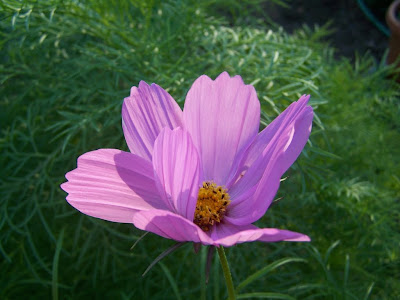