We're still enjoying moderate temperatures, cool in the mornings and evenings, and perfect low 80s during the day. However, we'll soon be suffering from the heat that you east coasters have been having. Our forecast is for 98F by Thursday and triple digits by Saturday. As much as I've complained about the cold, I don't think I'm quite ready to jump right up to 100! 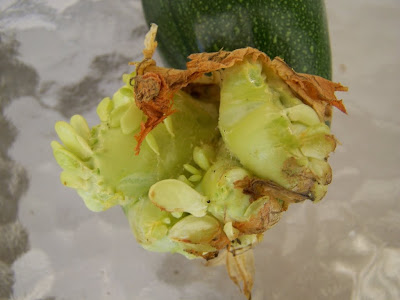 Look at the weird zucchini fetuses! The blossom had closed over the end of the zuke, and when I removed it, this is what I found. It looks as though four zucchinis were forming inside the blossom, and look how large the seeds are. The zucchini itself just had tiny, underdeveloped seeds. 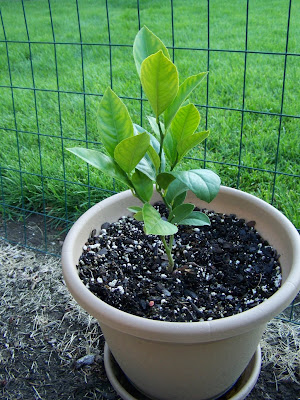 I've neglected to show you Leona the Meyer Lemon lately. She's grown from 4" to 11". She's looking a bit yellow, probably from all the rain we've had recently. I gave her a bit of fertilizer, with some iron in it, yesterday. I'll monitor her moisture level closely for the next week or two. If she doesn't show a marked improvement, I'll have to go hunting for fertilizer for acid loving plants. 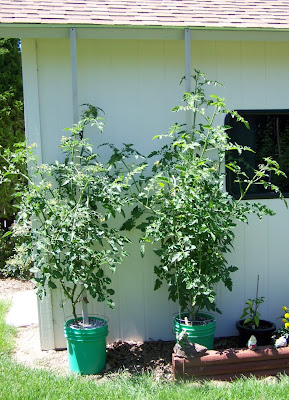 Speaking of height, the tallest of my tomatoes is the Black Cherry, at 6'3" (not counting bucket height). It will soon reach the roof, and I will need a ladder to pick. Sungold, on the left, is the second tallest of the cherries. 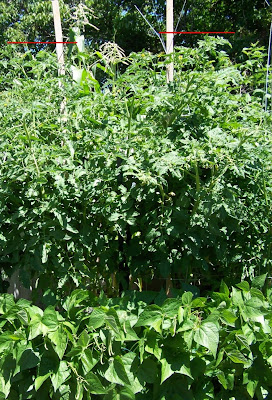 For indeterminates, Kellogg's Breakfast, on the right, is the tallest at 5' 11". Cherokee Purple, on the left, is about 3" shorter. 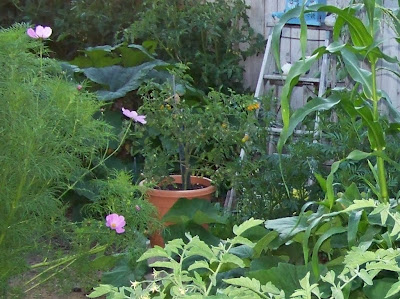 The first to ripen, and it continues to improve in flavor, is the Minigold (in the pot). It's a compact determinate, and loaded with small cherry tomatoes that are ripening quickly. I probably wouldn't grow this again for flavor alone, but it takes up very little room and it's so early, it will be considered for next year. Of course, it all depends on its continued performance. 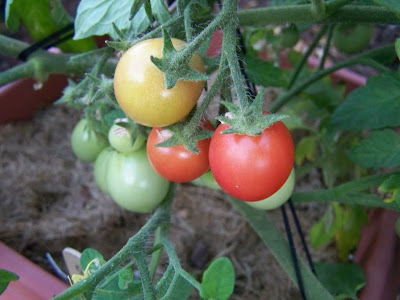 A close second for ripening, is Mr. Granny's Gartenperle. So far, both the flavor and texture on this one leave a lot to be desired. It's loaded with tiny cherry tomatoes, many more than the Minigold, so I hope the flavor and juiciness improve with faster ripening. 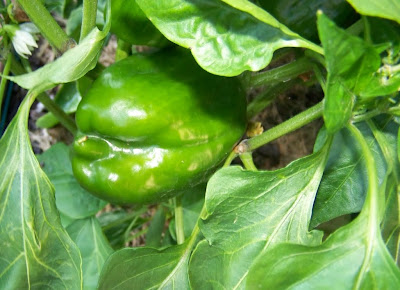 Quadrato Rosso D'Asti won the race for the first sweet peppers, but the hot Hungarian Wax have already given me two peppers for cooking.