I'm sure most of you are aware that I spend my winters in the small town of Bouse, Arizona. It's a tiny town, with about 600 permanent residents, a number that easily doubles with the influx of "snowbirds" in the winter months.

Bouse has no real claim to fame, other than being the home of Camp Bouse, a military training area for a short period during WWII. In the early 1900s, it was a railroad town serving the nearby mining town of Swansea. That mine shut down for good around 1937. The freight train still comes through the middle of town, usually around 4:15 in the morning, and gives four loud blasts of the whistle at the one and only crossing in town. Having lived with that for the past ten years, I seldom even hear it any more. 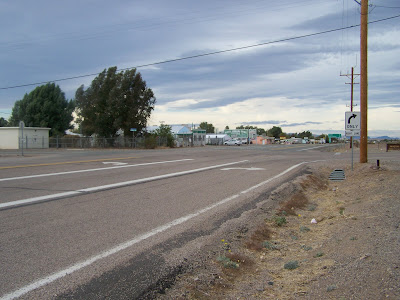 Standing near the intersection and looking north up AZ Highway 72, which is our "Main Street" (Main Street actually runs east and west, and has no businesses on it other than the museum). 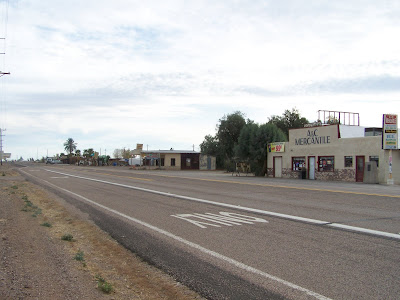 Here we're looking south from the intersection. That's it, folks. That's our downtown!

The A&C Mercantile, in the above photo, was the PX and Post Office for the military for a while during WWII. It was named A&C, because when it was built, the owner didn't know if it was legally in California or the Arizona Territory, so he played safe and named it after both Arizona and California. It's one of two small grocery/convenience stores in town. 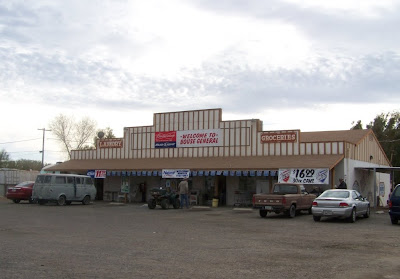 The General Store is the other shopping spot in town. As with the A&C, everything is over priced, and just visited for emergency items. I made the mistake of purchasing a head of lettuce here one day, and it not only cost $2.75, I got just enough edible parts for one salad, and the rest of it went into the garbage. One more reason to grow my own! 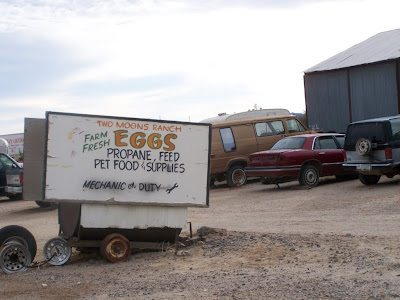 Our local auto repair shop does quadruple duty as a feed store, propane supplier and egg farm. Most of the cars sitting out front have been there for years, but when the proprietor has the time, he does a good honest repair job for a reasonable price. He visits more than he repairs, but most of us have nothing better to do anyway. 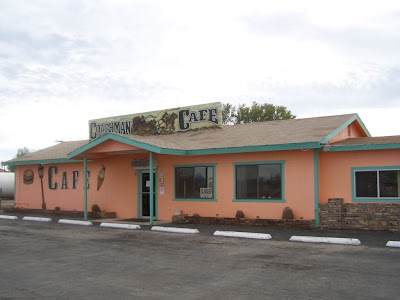 We have two restaurants in town. The Coachman serves pretty good food at a decent price. Last week the Travel Channel had a TV crew there, filming an episode for I know not what....I'll have to keep my eyes open for a listing. Nick "The Greek" runs the place, and he's quite the colorful character. He talks a lot, but I can't understand half of what he says! 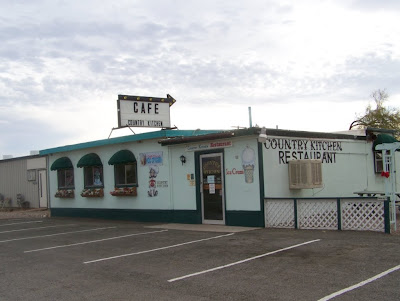 We don't go into the Country Kitchen any more, after a bad experience with both food and service a few years ago. Some people must like it, as it's still there.

You'll not find many "stick built" houses in Bouse. Most of the residences are either recreational vehicles or mobile homes. I'd say most of the mobile homes, like ours, are older models. Most have been well maintained, but there is always that one person in every town who manages to be the town slum, all on his own. I'm glad the person lives way on the other side of town. I don't know why the county can't condemn the place and bulldoze it down..... 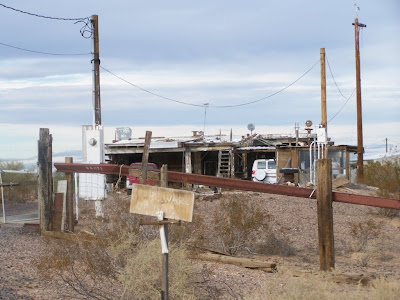 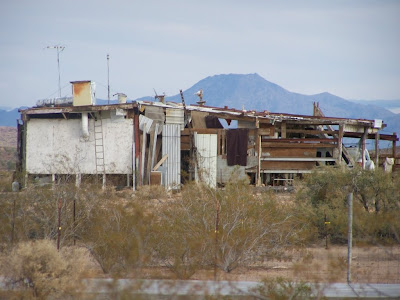 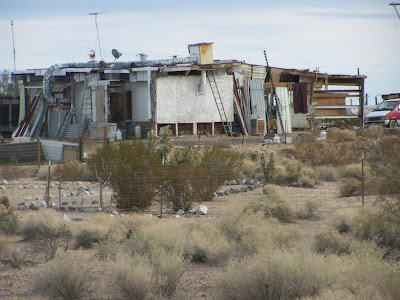 It's unbelievable to me that someone could live like this in Bouse! There is a county code enforcer. I don't know what he does for a living ;-) 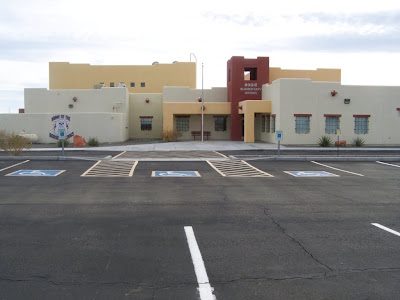 We do have a pretty school. We also have a new fire station, a small but nice library, a community center and a little museum. 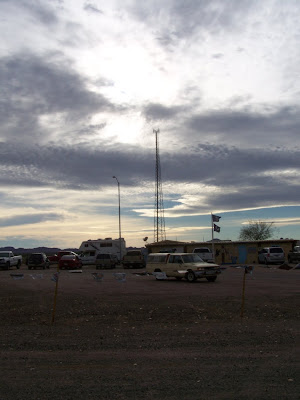 This is one of the five bars in town, but I want you to notice the tower in the background. People were sitting in the bar one day, when they heard a loud noise. They said it sounded like a watermelon breaking against the pavement. It was actually some guys head hitting the ground after he'd climbed to the tower and jumped to his death. Ouch! Have you ever noticed, the bars in small towns almost always outnumber all the rest of the retail establishments combined?


At least we have gorgeous sunrises and sunsets. 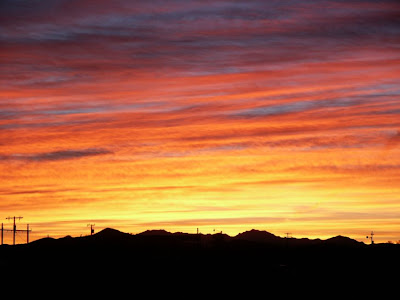 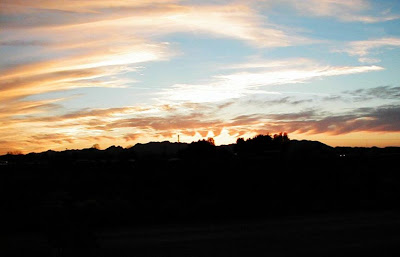