I took advantage of this sunny and warm day to catch up with a few garden chores. Such days have been few and far between this spring, and rain showers are predicted for later in the day. 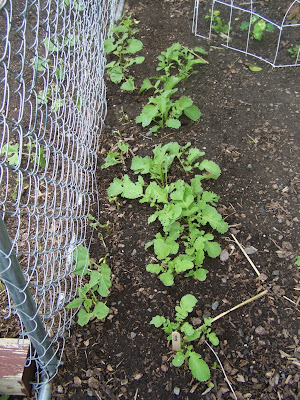 The first chore on my list was to take care of the disaster that is the Fortex pole beans. They just couldn't handle being attacked by cold weather and slugs/bugs/birds. At first I was going to just dig them under and then replant, but I decided to leave them all in place (there's always hope!) and sacrifice the few radishes that were left in the adjoining row. 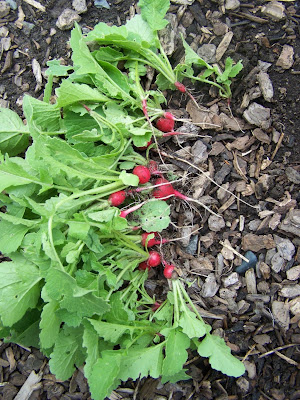 Small, but large enough to go into Mr. Granny's salad tonight. Our rabbit, Cookie, will eat all of the radish tops, so there is no waste here. 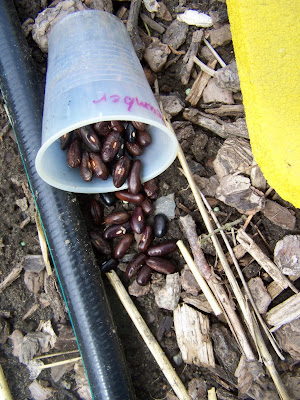 Of course, I kicked over the beans while I was preparing a bed for them. 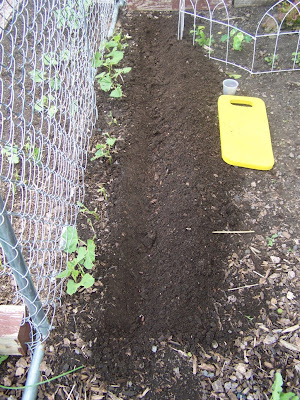 There we go.....a second row that will hopefully fill in for all the missing vines from the earlier planting. 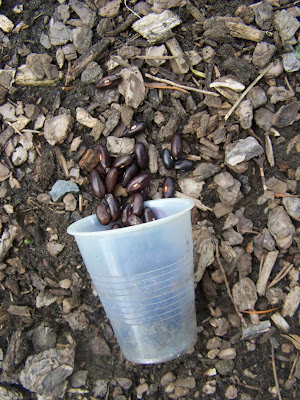 And then I kicked over the container of remaining beans. Again. 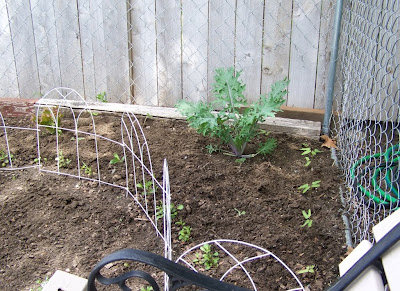 The second chore on my list was to dig up a few morning glories from the right side of this bed and move them to the back, so that the entire corner can someday be covered with vines. Those that were along the back froze right after they were set out. The others had been direct seeded. They all managed to survive, so thinning was necessary. 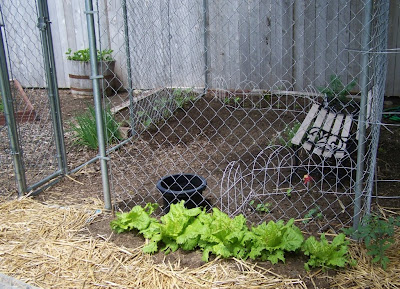 A final cleanup and the kennel garden is nearly finished. 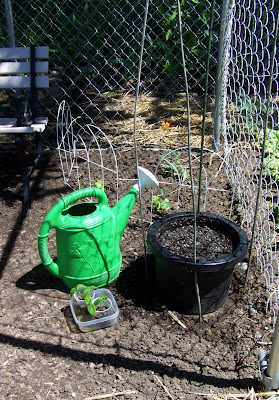 Just one more chore to do in the kennel garden, and that is to plant up a pot of bush cucumbers. I don't know why they call them "bush", as they always manage to do a pretty good job of climbing. They did well last year, planted in a pot and trained up a tepee structure, then trained onto the chain link of the kennel. A pot was filled with potting mix, then watered well with hot water. Hot water wets the dry mix immediately, where cold water just likes to sit on top and take forever to soak in. 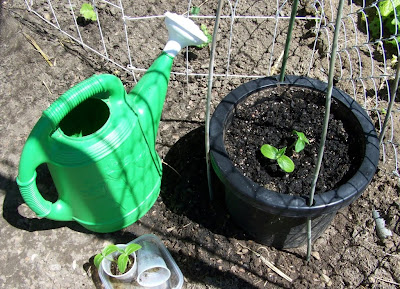 Once the potting mix cooled down, two seedlings were planted. Two more will be standing by, just in case the first two don't survive. 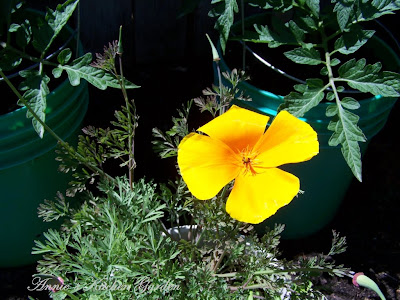 Not on my list of to-do, but I took time to admire a California Poppy. I'm sure it's happy to feel the sunshine on its shoulders, too.