Up until yesterday, we kept up with the lettuce production. There was a lot, but with a big salad every evening and the little rabbit with the ginormous appetite, not one leaf of lettuce went to waste.

Then yesterday came along...... 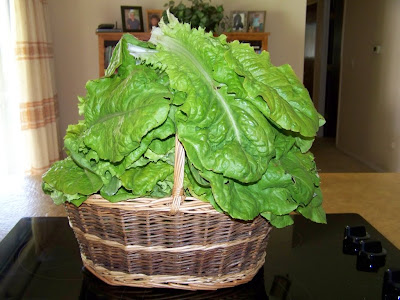 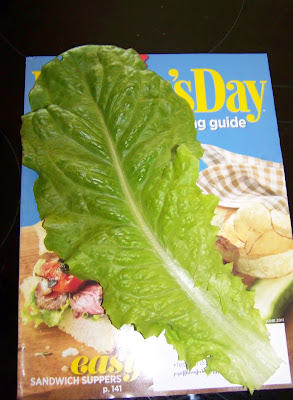 The leaves are huge. As big as my new Woman's Day magazine.

It looks like there will be even more salads at Granny's house this week. I got my youngest son to take a big bag of it home, but it looks like I'll have to call the other kids and try to pawn some off on them. Because there is a lot more lettuce out there ready to pick. 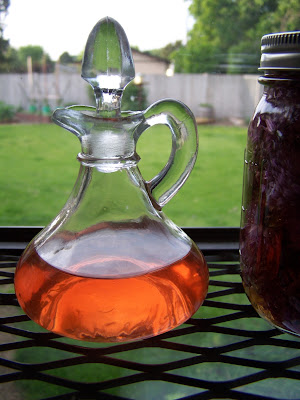 Well, it turned out just fine! Not pink, like it is with white vinegar, but a very pretty light orange. A pint jar of chive blossom vinegar has been started. Tonight we'll be taking our first taste of the pretty vinegar, mixed with oil, on a big dinner salad. 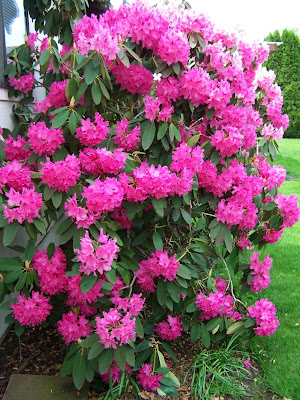 This is a photo from a couple of weeks ago. They're pretty, but almost obliterating a bedroom window. These were here when we bought this house, twenty-two years ago, and they've never been properly pruned. 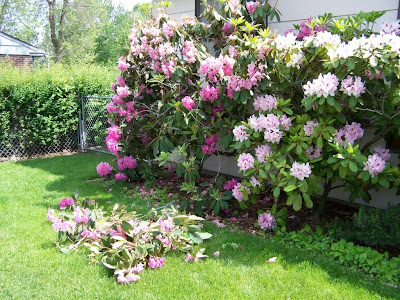 First I cut back branches that were hanging over the lawn. They kept getting caught in the lawnmower handle. 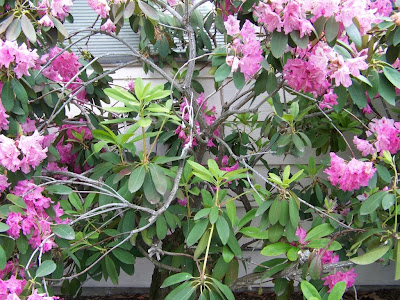 Look at the mess inside. I had even used ropes to tie up branches that were drooping badly. 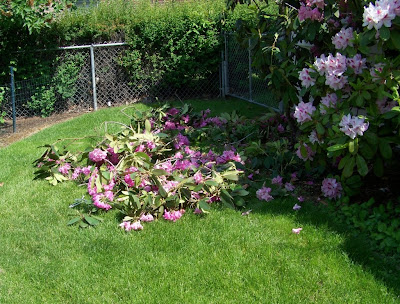 I'm getting quite a pile of prunings, and Mr. Granny is having fits.....he thinks I'm going to ruin it, and he might be right! 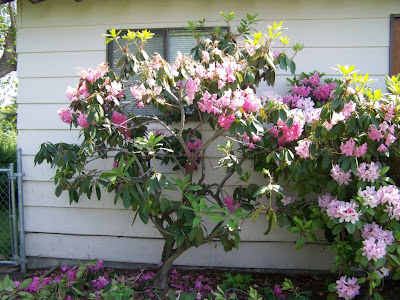 This is where I gave up for the day. The height needs to be brought down, and I have no idea where to make the next cuts!