What beautiful weather we've had the past two days! It was sunny, and in the 70s, and perfect for working in the garden. 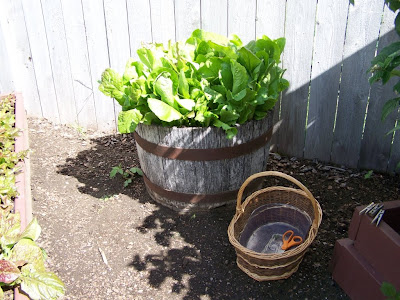 The first thing I did was tackle the cut and come again lettuce bed. This used to be the lettuce nursery, but the seedlings got too large to transplant, so now I just cut the leaves and let them grow again. 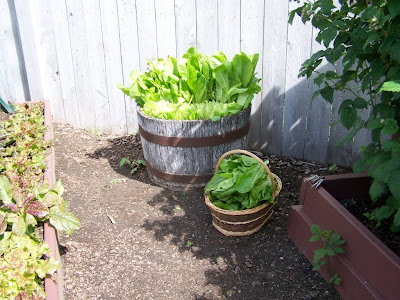 Only half of the barrel of lettuce got cut, there was just too much to use up right away. I thinned the cut half of the bed by pulling out every other plant. Hopefully I'll get the rest of it cut and thinned out tomorrow. Uh....look to the left side of the photo. Guess what that is. 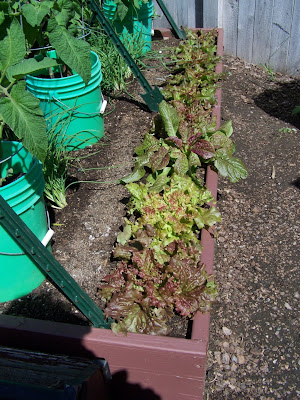 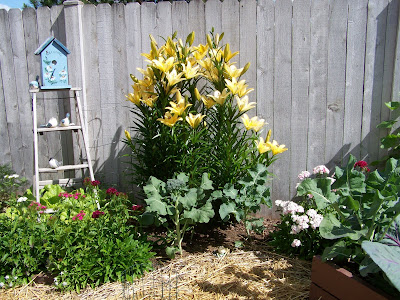 The yellow lilies just get prettier each day. That was quite a nice head of broccoli in the front, too. 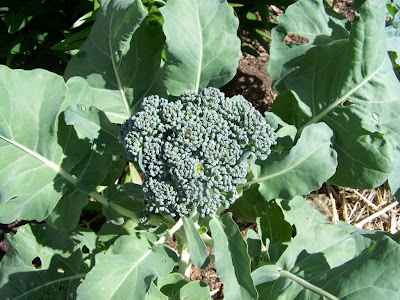 Not terribly large, but I saw another head and several side shoots in the brassica garden. I'd say that's enough for dinner! 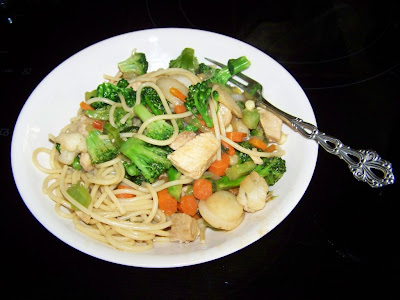 My broccoli, sweet onions fresh from the garden, some frozen veggies, chicken and spaghetti made a delicious stir fry. 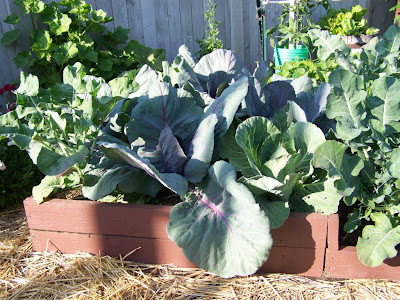 Speaking of the brassica bed, I have never grown such huge red cabbages! That bed is 4' wide, and this one plant reaches across almost the entire width. 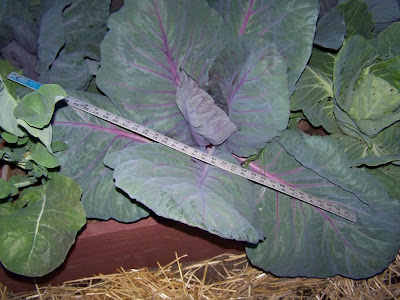 A yardstick isn't long enough to reach from one side to the other. Notice how the slugs haven't bothered the red cabbages, but have eaten holes in the green ones right next door.

My snap peas are finally blossoming! It's about time. 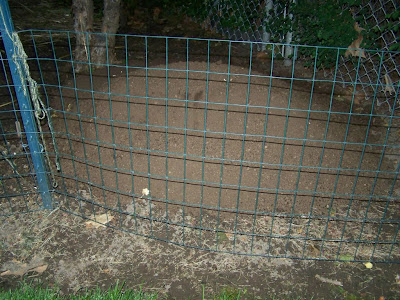 An ugly picture of something beautiful.......a pile of poop! I got a half yard of composted manure, and some of it got put in this corner of the east garden. 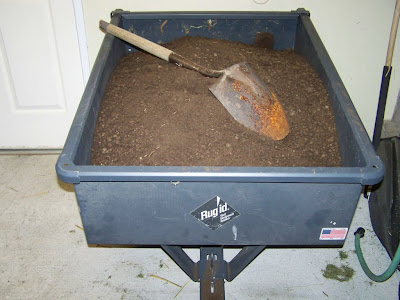 While the rest of it is inside the garden shed, where it's handy to the north and west gardens. Hopefully everything will get a little compost boost, and/or some compost tea. 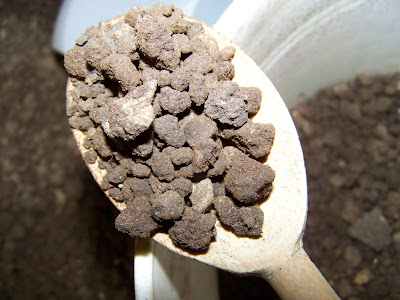 It was the oddest cow poop I've ever seen. It looked like rabbit pellets! The entire load was "pelletized" like this. I wonder how they did it........miniature cows? LOL 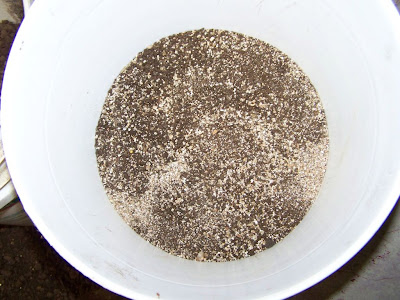 I screened some to make it finer, and added quite a bit of vermiculite. Earlier in the day I had amended about six square feet of garden bed, where the spinach was pulled last week, with the pelleted compost. I planted three squares of carrots (seed mats), two squares of beets, and a dozen yellow onion sets. I used this fine screened compost to cover the seeds. Later this week I'll do the same to the other side of that plot. There are already chard and beets growing down the center of the bed.