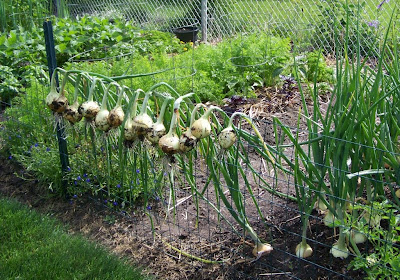 I guess I should have said "Hanging Them Up", but I wanted to get your attention.

Some of the Walla Walla Sweet onions began to flop over yesterday, so they had to be pulled. These aren't nearly as large as last year's crop, but if they had stayed in the ground they would have rotted. At least the larger ones haven't begun to flop over yet, and there are quite a few of them still in the garden. 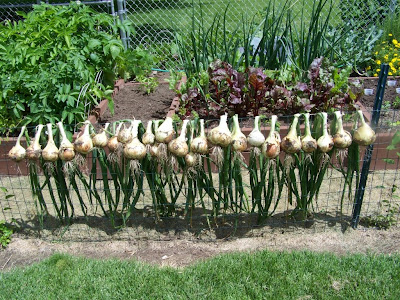 This is the 2010 harvest of Walla Walla Sweets from July 2, 2010, so the harvest dates were fairly close. They are quite a bit larger, but much smaller in number. I probably have at least three times as many this year, even though I've already pulled quite a few for fresh eating. Last year I lost several by not pulling them as soon as the tops flopped. 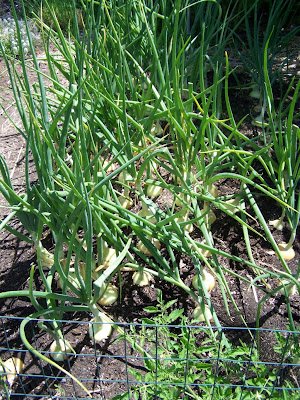 It looks like there are a few more "floppers" to be pulled today.