June 30, 2011 - We Interrupt This Blog Series for an Important Announcement

We Interrupt This Blog Series for an Important Announcement 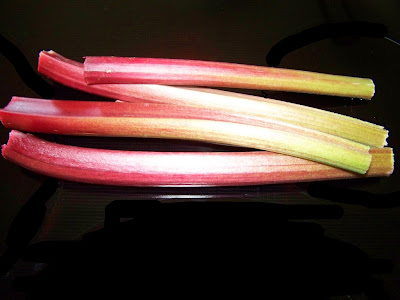 I probably shouldn't have done it. You're not supposed to harvest rhubarb in it's first year, but I couldn't help myself. I really wanted one of these......... 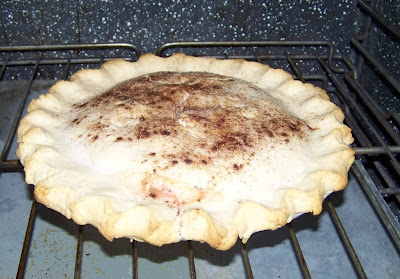 There wasn't enough for a big pie, but just over 3 cups filled an 8" pie pan just fine. Mmmmmm, I can smell it, it's almost ready to come out of the oven. It's not burning on the top, I just like a lot of cinnamon sugar on my rhubarb pie crust :-) 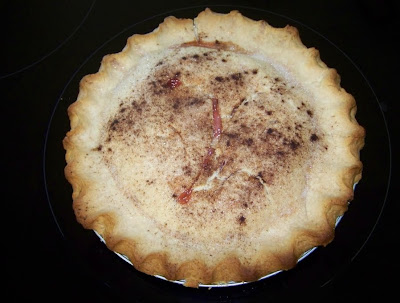 Done! I hope it tastes as good as it looks and smells. It's been a long time since I last had rhubarb pie. Too long.