Finally! We actually got two days in a row of 80+ degree days, even though the nights are still in the 40s. In the four days since I blogged about my tomatoes: 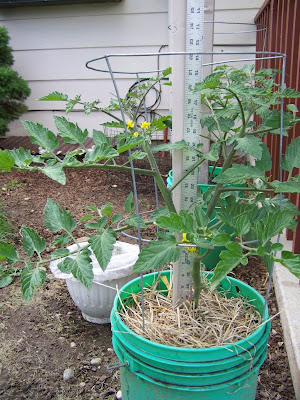 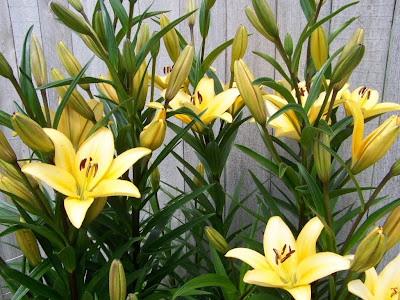 The lilies have begun to blossom. 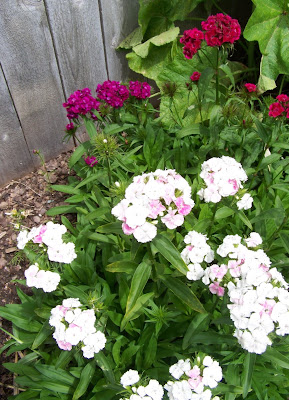 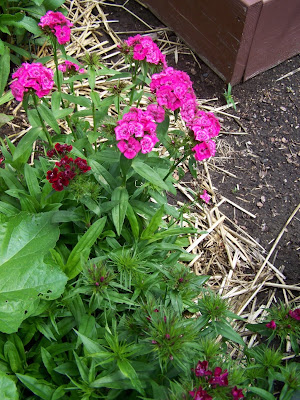 The Sweet Williams are blooming, too. This is their first year. 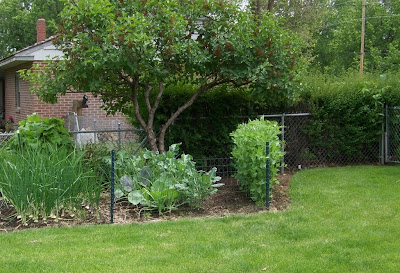 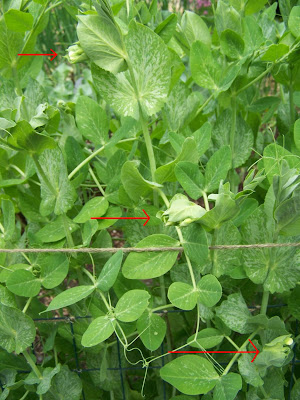 They are finally going to blossom (arrows will help you find the buds)! I should have been picking mature pods by now, but the weather hasn't been cooperating. 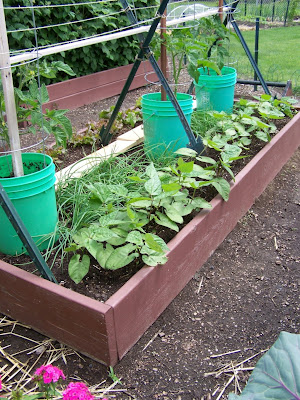 Some of the bush beans are finally beginning to grow. These are the Royal Burgundy, which seemed to be more cold hardy than the other varieties, most of which had to be re-seeded due to damping off. A new planting of carrots is under the boards at the back of this bed, the seeds being protected from the hot sun and drying winds until they sprout. 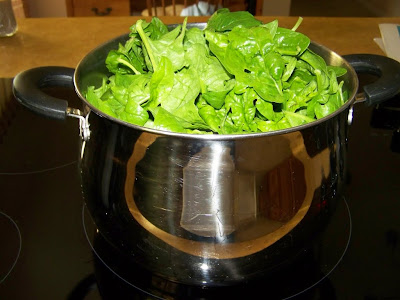 The spinach began to bolt, so I pulled it all, harvested the good leaves, blanched and froze them, then composted what remained. I found no leaf miner damage or eggs on it at all, even though the beets and chard, in the same bed under netting, are showing some. 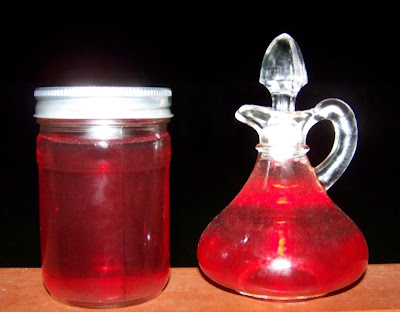 The new batch of chive blossom vinegar has been strained and bottled. It's much prettier than the first batch, possibly because I used more mature blossoms and more of them. It's rose colored rather than orange-ish, like the first batch. We have used some of the first bottle in a salad dressing, and it was very good. There wasn't a strong chive flavor, we thought it was just right.