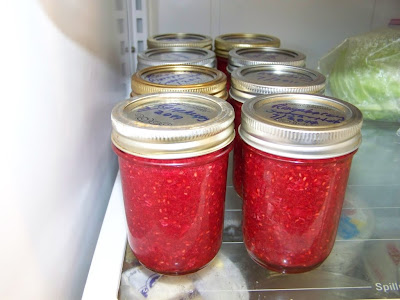 The first batch of freezer jam, chilling before going into the freezer.
The raspberries are finished for the season, and 15 half-pints of freezer jam, along with 11 pints of whole berries have been put in the freezer. Well, 14 of jars of jam made it that far. I had to keep one out to sample, and it is absolutely delicious! We also ate our fill of fresh raspberries. They gave me a record harvest of 17.2 pounds this year, compared to last year's 9.3 pounds and the first year's .38 pound.


Last week I pulled out the Royal Burgundy bean vines, and today I pulled all of the Topcrop and one row of Gourmet Green French. The Topcrop harvest had fallen to nearly nothing, but the French beans were still blossoming. It was a matter of them being too crowded, and the back row being too far toward the center of the bed, and my back just not feeling great while reaching across to pick them. The rest were left to bear their crop. 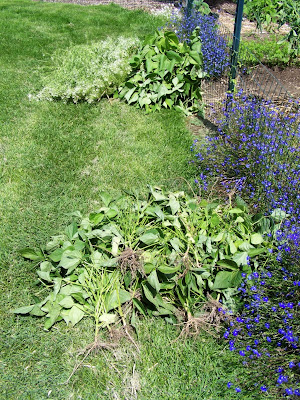 Bean vines (and one sweet alyssum plant) heading for the compost. 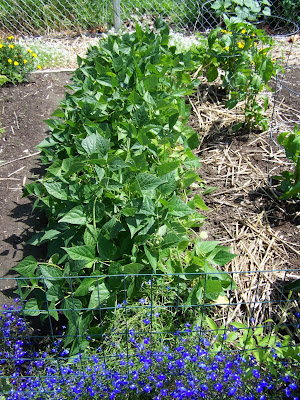 There are still plenty of Gourmet Green French beans left for picking, and removing the back row makes it much easier to reach them. 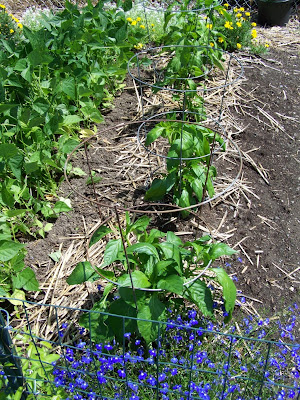 It also gives the sweet peppers a bit more room to grow, which they are finally doing! 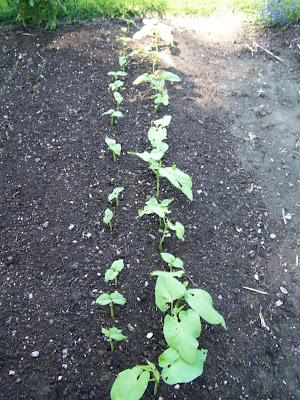 New fall plantings of beans will soon take the place of those so ruthlessly pulled out. A row of Topcrop were planted on 7/10, and as an afterthought, a second row was planted on 7/18. 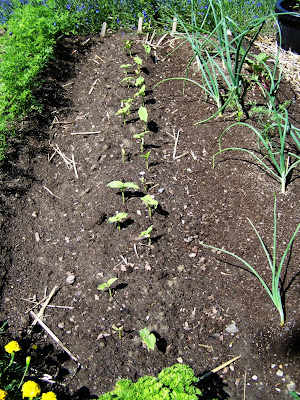 The herbs, Lemon, Cinnamon and Opal basils and oregano are so pretty in their containers, I hate to clip them. but today, clip them I must. 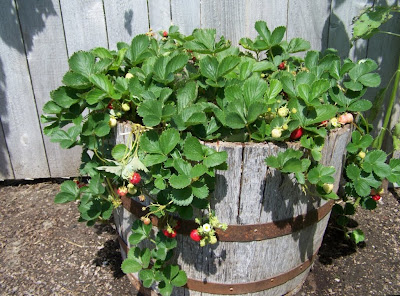 Strawberries in both of the barrels are finally beginning to bear some decent sized berries. 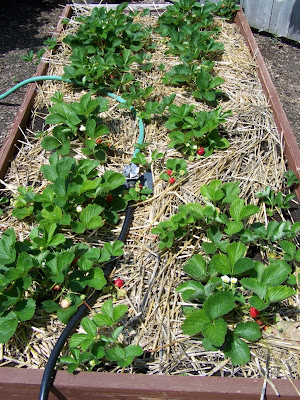 The barrel berries seem to be a bit farther ahead than those in the raised bed. 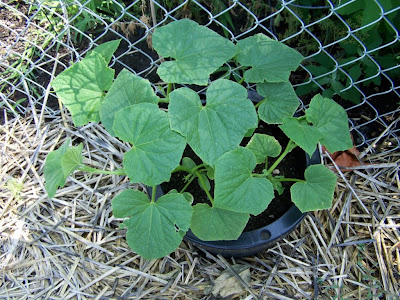 Finally, the warmer weather is making the pickling cucumber grow. This, one of three pots, is beginning to grow tendrils, and will soon (hopefully) begin climbing the fence. 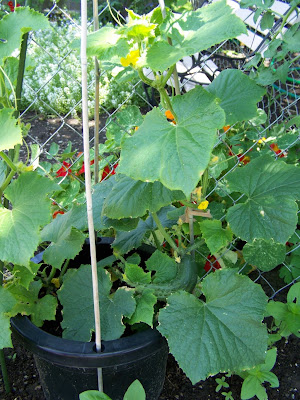 The bush slicing cucumber is just about ready to give us our first cucumber of the season. 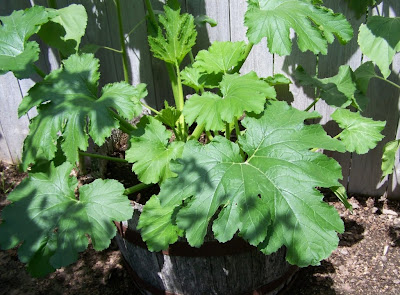 I haven't given up on getting a zucchini crop this year. It's actually beginning to form some buds now. Of course they're all male....I don't think there is a female squash blossom anywhere in the garden yet. 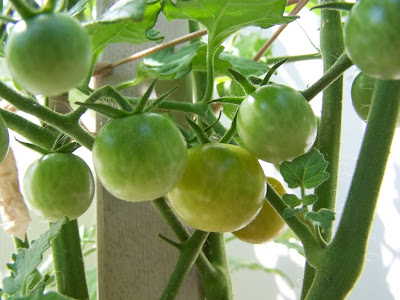 Sungolds. YES!!! I should be taking my first bite of these delectable little morsels this week. 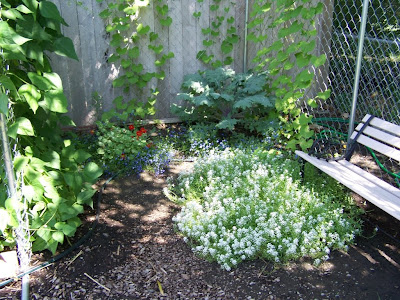 My favorite spot to sit and rest on a hot day in the garden.