You heard me....never again! I've said it before, but this time I mean it. Never again will I use bird netting!! 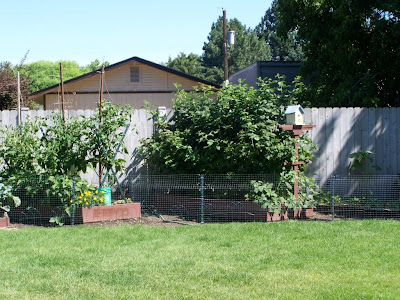 I put it over the raspberries, so guess what happened. The canes grew up through the netting. 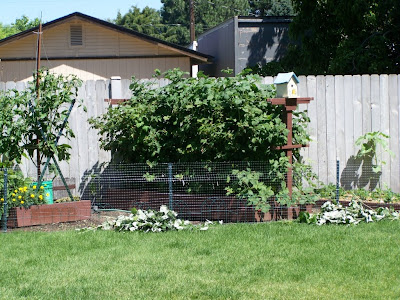 I had to go out this morning and cut the tops back on the new canes, and use scissors to chop the netting into pieces to remove it. It didn't hurt the canes to lop them off, I would have done it eventually anyway. It was, however, darned hard to get up that high to cut out the netting. I have a feeling I'm going to feel it in my arm muscles tomorrow! I'm happy that these are thornless raspberries. 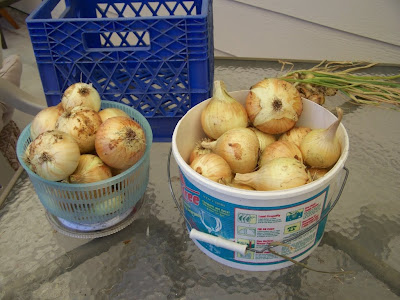 I brought in the first of the Walla Walla sweet onions that had been drying in the shed. They need a bit more drying time, so I trimmed off excess stem and roots, and brushed the dirt off, and I'll leave them on the patio for a few more days. I weighed this batch for my harvest total. I can only weigh 4 pounds at a time on my kitchen scale, so I had to do it in batches. Here's the first four pounds, on the scale. 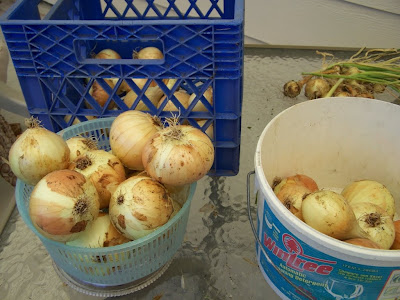 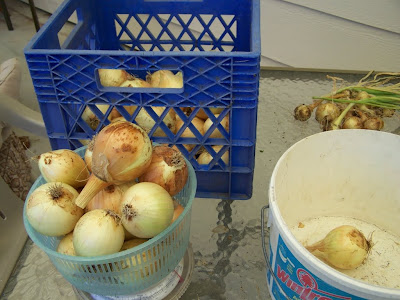 And the third four pounds, with one onion left over (I didn't weigh it). 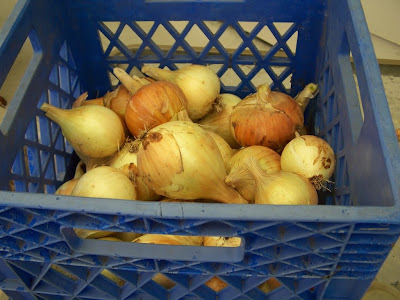 That's a total of 12 pounds today, which is just over 29 1/2 pounds of Walla Wallas so far this year. 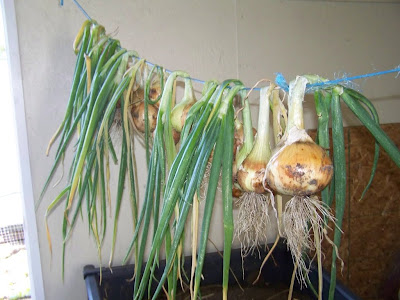 I still have these, which were pulled last night, drying in the shed. 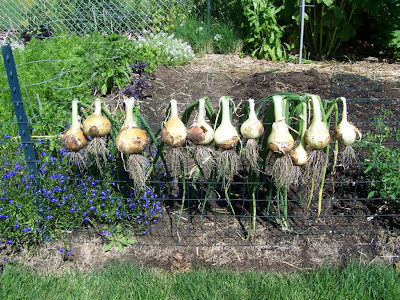 And these, pulled this morning, to be taken to the shed. 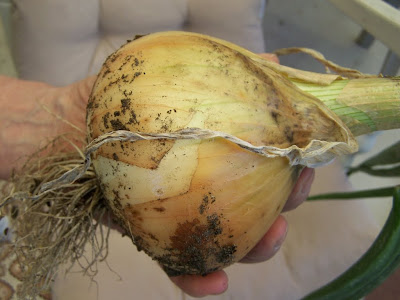 This is probably my largest onion of the season. That's Mr. Granny's hand holding it. 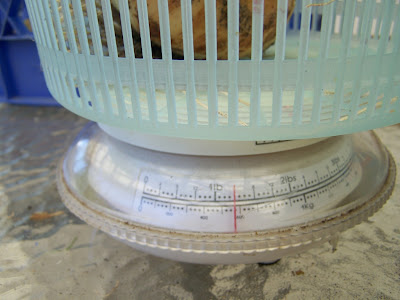 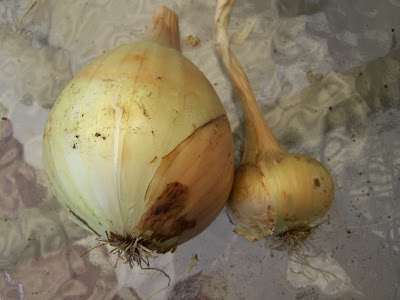 The storage onions didn't grow as well as the sweet onions. This one, on the right, is my largest so far, compared to one of the average sized sweet onions on the left. I guess they will be used as boiling onions in stews and such.