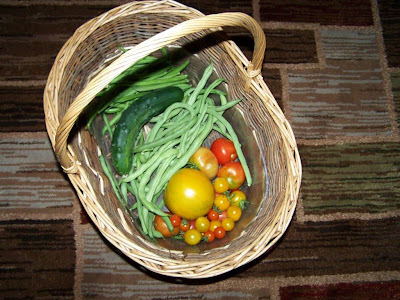 8/8 - Fortex pole beans are slowing down, but beginning to blossom again, while the one row of spring planted bush beans is beginning to produce a second crop. I picked the first cucumber that actually looks like a cucumber. 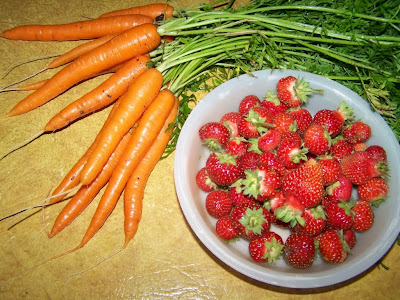 8/8 - The carrots are sizing up nicely now, and the strawberries are getting larger. 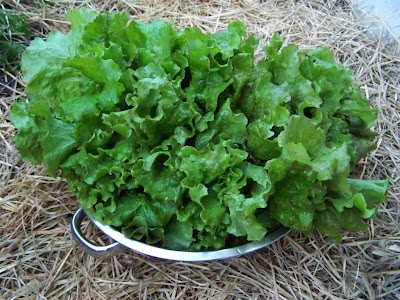 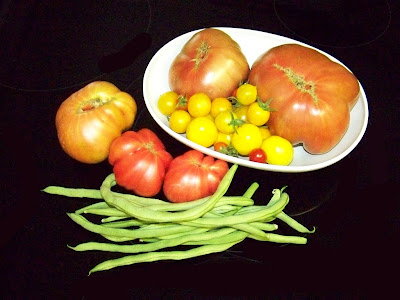 8/9 - Slim pickings, just a handful of pole beans and a few tomatoes. 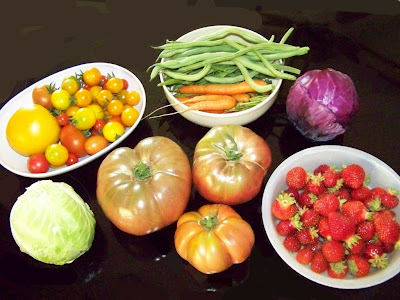 8/11 - The last two heads of cabbage were harvested. They were smaller than the Cherokee Purple tomatoes! Today's harvest was varied enough to make me happy with it. The large tomatoes were peeled and diced. Half went into the freezer, and the other half went into a pot of goulash for Sunday's dinner. 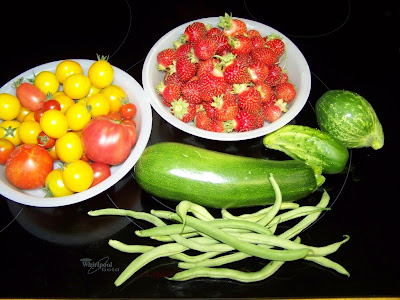 8/13 - I picked the first zucchini of the year. Strawberries are producing enough to pick about every other day. More stubby little pickling cucumbers for Mr. Granny's salads. I'm not counting on getting enough for more than a jar or two of refrigerator pickles. 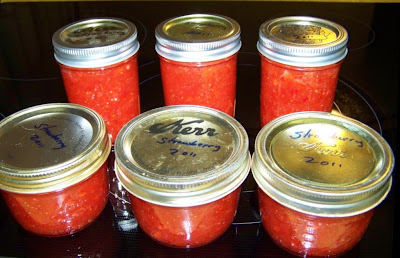 We've had strawberry shortcakes twice in a week, put a bag or two in the freezer, and made another batch of jam. That makes 16 half-pint jars, enough for the year, so all the future berries will be eaten fresh or frozen for winter meals. 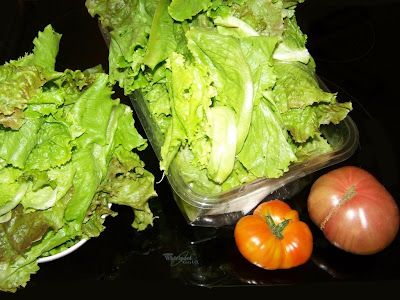 8/14 - Sparrows swooped down on the garden this week and ate my new lettuce plants right to the ground. The older plants, under mesh, were getting leggy so I pulled out half the bed and will replant it this coming week. The lettuce was still in really good shape, and not a bit bitter. 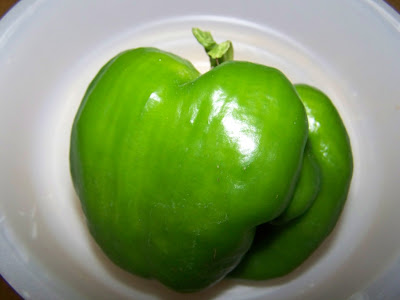 8/14 - It's not as big as it looks! I needed a green pepper for my dinner, so I found a nice fat one. It did weigh 5 ounces, so not bad for only the second one from that variety. 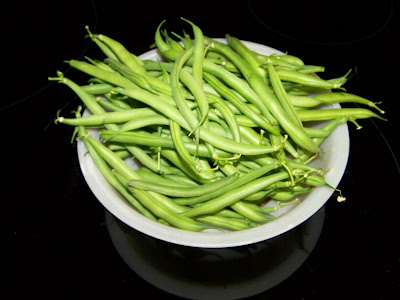 8/14 - The bush beans are really producing again. They aren't nearly as good as they were earlier in the season, but I'll continue to harvest them until the newer plantings begin to produce a crop.

Please join in the Harvest Monday at Daphne's Dandelions!