I got a bit camera happy today, so I'll break this down into two posts.

This is the garden at the end of May.

View from the back patio. 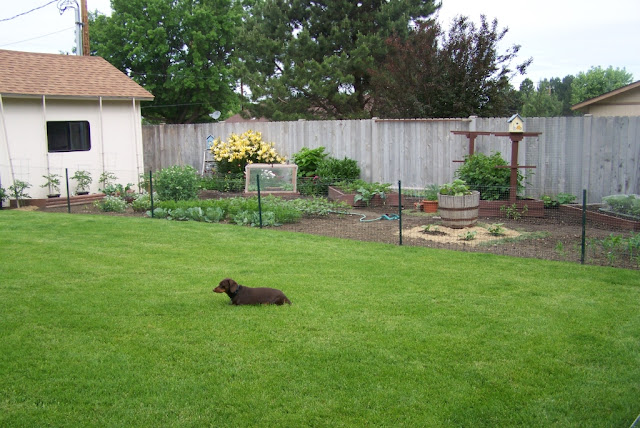 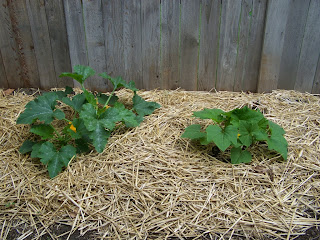 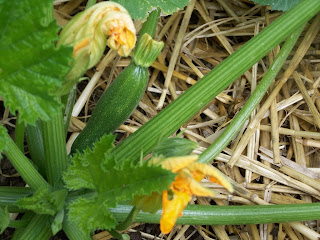 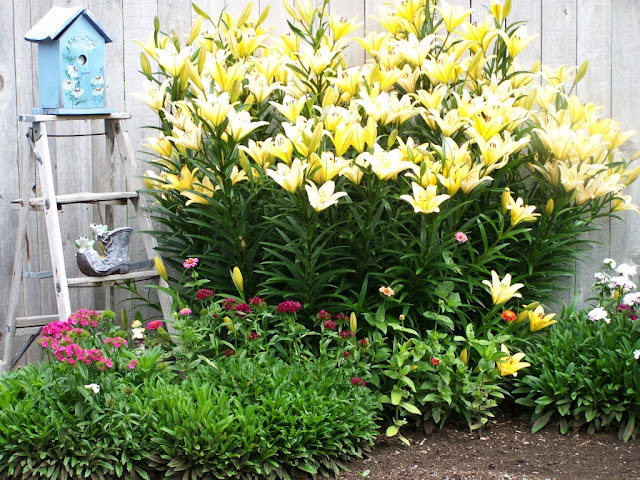 My favorite spot in the veggie garden has no veggies. 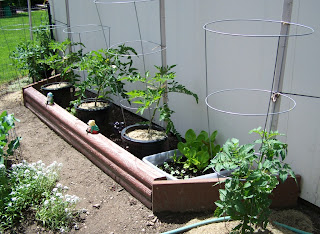 Tomatoes next to the garden shed. 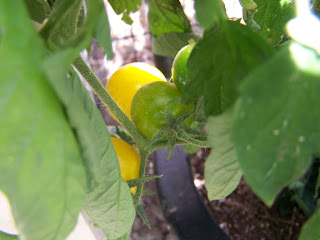 Some Minigold tomatoes, ready to harvest. 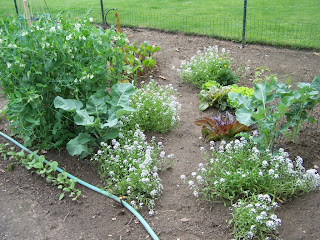 The triangle gardens grow shelling peas, beets, radishes, lettuce, broccoli, carrots, garlic, marigolds and alyssum.  The bolting Chinese cabbage was removed last week.  Beets are not protected with netting in this garden, so I hung a sticky fly paper, hoping to trap the leaf miner flies before they did their damage.  It didn't work, but it did catch a lot of them.  The peas are producing a lot of pods now. 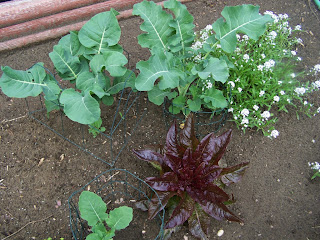 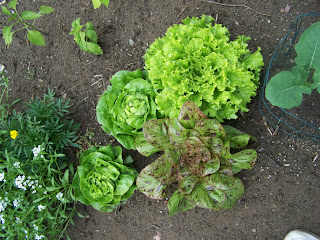 These lovely lettuces will be picked this week, and replaced with "who knows what".  Maybe a single head of cabbage. 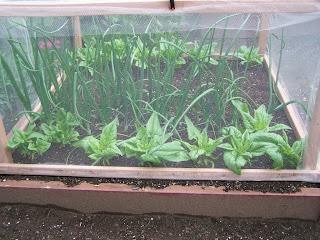 All of the Chioggia beets were pulled from this net covered bed this week, and carrots were planted in their place.  The spinach is very close to bolting, and will soon be replaced with more beets.  These are the cooking (storage) onions I grew from seed.  I'll let them grow and hope they eventually form bulbs. 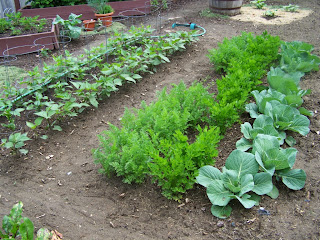 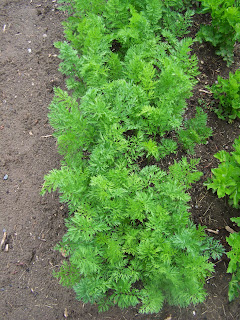 Carrots are growing beautifully.  These were all sown on 12" x 12" seed mats. 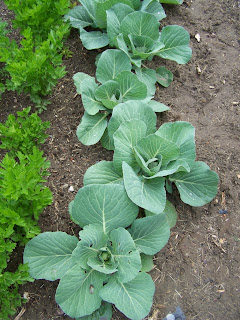 The mini cabbages are beginning to form heads. 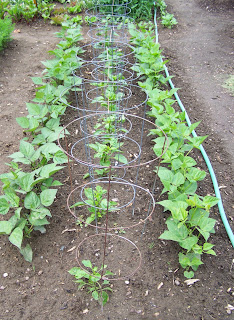 The bush beans are growing much faster than the sweet peppers.  We just haven't had enough warm weather to jump start some of the vegetables. 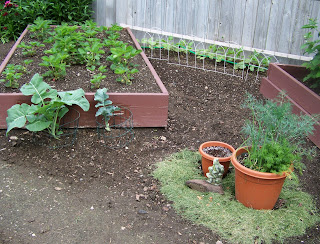 The broccoli on the right, in front of the strawberry bed, is the one that was dying last week.  I trimmed off the wilted leaves and pulled the soil way up around the stem, and it looks like it might survive.  The strawberries aren't doing much of anything yet, but that's typical of this variety.  Once they get in gear, they produce quite well.  There is dill growing in the larger pot, along with a few onions and a chamomile plant that may or may not get to stay there.  The small pot was just seeded with cilantro, which hasn't yet germinated.  Pole beans against the fence are the ones being attacked by leaf miners.  It looks like they may possibly survive, unlike the other two plantings.  I don't know why the beans do so poorly against that cedar fence. 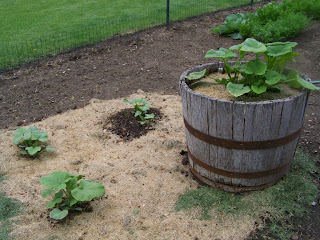 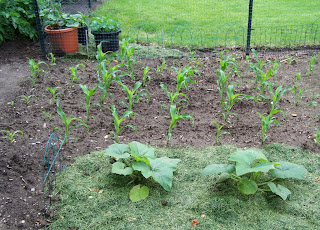 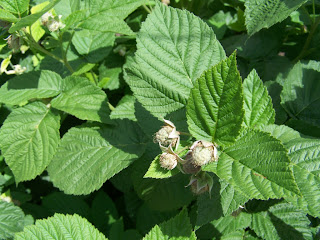 The raspberries are late this year, but it won't be long now.  Lots of bees buzzing around them.  That's a good thing. 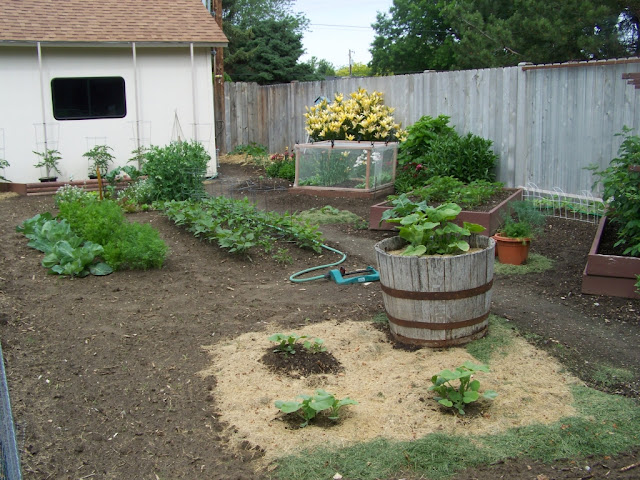 Looking back at the North Garden