Today was the final harvest from the garden.  I decided to go ahead and pull the remaining carrots, as I've never had much luck in over wintering them.  The quality always diminishes once the ground freezes.  The only other crops remaining were a few tiny cabbages that had no chance of increasing in size, and a small cutting of celery that was only large enough to chop and freeze for use in soups. 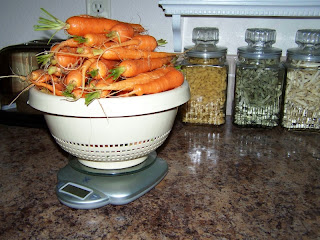 I pulled 5 pounds of carrots.  Four pounds were nice ones that I'll use for cooking, one pound were small or oddly shaped and will be grated in salads or fed to the dogs as snacks. 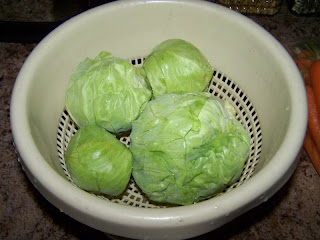 The last four cabbages only weighed 1-1/2 pounds total.  The two tiniest ones were second generation heads that formed on the old stalk after the main head was cut. 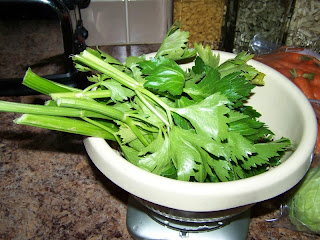 Six ounces of celery will be chopped up and frozen for soups.  I'll not be growing celery again, the space it took didn't yield enough to be worthwhile. 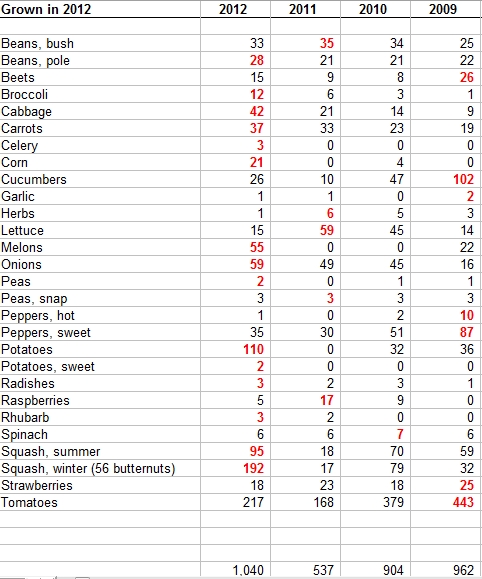 Only crops grown in 2012 were used for comparison, so the crop totals for years 2009, 2010 and 2011 aren't the actual totals for those years.  Those totals can be found in my side bar.  The entries in red are my record yields for those particular crops.  Herbs grown this year were seldom weighed, as I only accounted for the few I actually preserved by drying and not those used in day to day food preparation.

Visit Daphne's Dandelions to see what others have harvested this week.