It was a busy day, between cooking the ham dinner (baked ham, scalloped potatoes, mixed veggies & coleslaw) and getting outside to enjoy the 75-degree weather!  I couldn't pass up such a lovely day in the garden. 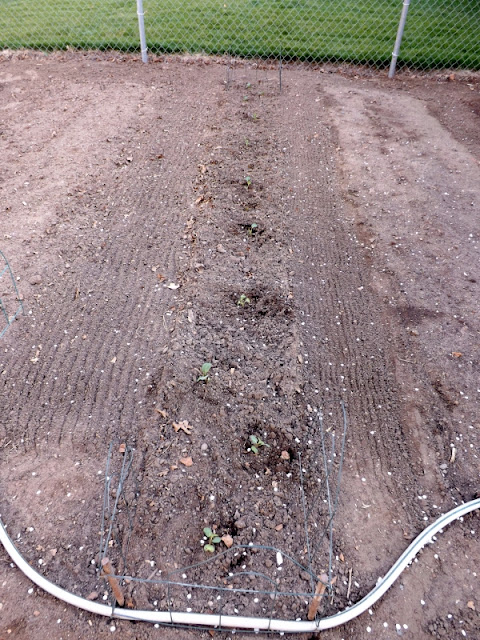 The seedlings were still quite small, but with warm weather for at least the next week, I decided to go ahead and get the Hybrid Mix broccoli (5 plants) and Gonzales cabbages (6 plants) in.  They had been living outside for more than a week, so I think they will be fine.  If not, I can still direct seed them at a later date. Potatoes are planted to their left and right. 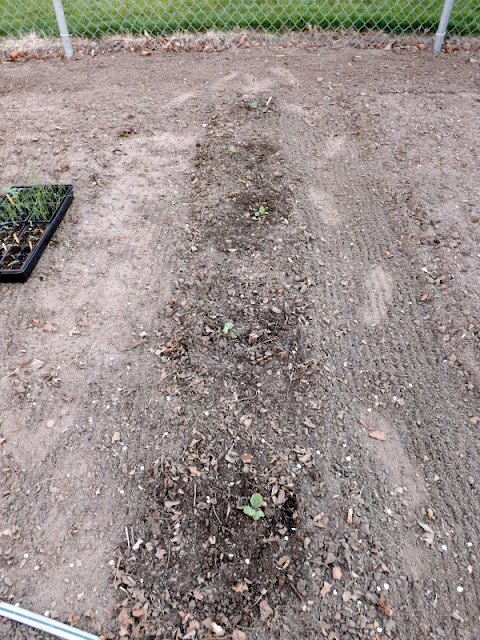 Next I planted 5 Golden Acre cabbages. 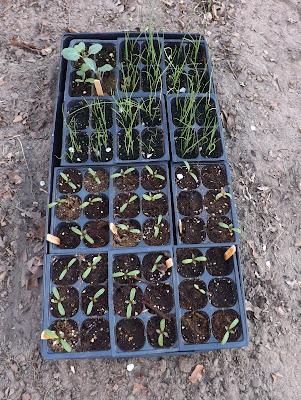 That leaves me with only a single flat of marigolds, leeks and leftover broccoli seedlings that are living outside 24/7. 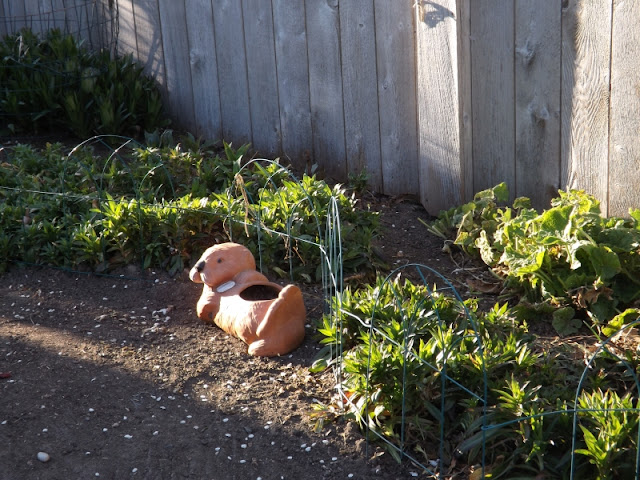 The next job was to trim back the Sweet Williams and hollyhocks, and get that mess all cleaned up. 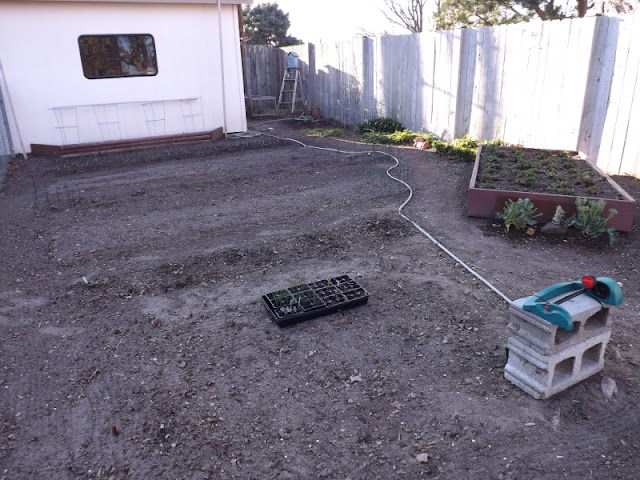 Then I pounded in the hose guides and defined my meandering garden path.  I hoed a few tiny weeds, and raked everything smooth. 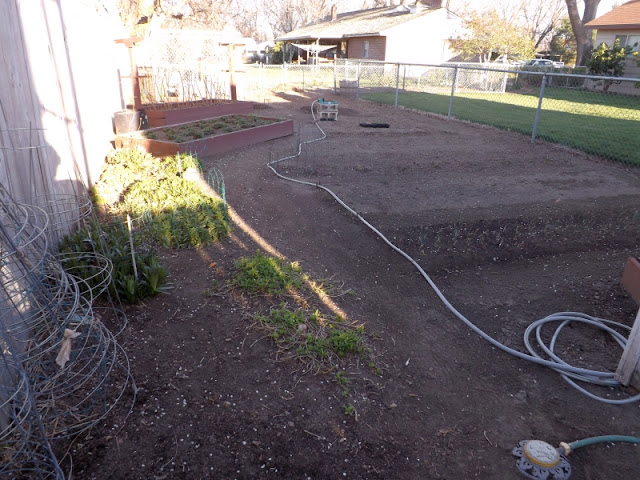 It's all cleaned up and raked, from end to end. After moving the old barrel to the corner of the fence, and filling it with good soil for future cucumbers, I did some daydreaming about how I was going to plant the East Garden.  I have decided to put a 16' strip, 2' wide, along the fence on the right.  That's where I can plant a bunch of my many, many pepper seedlings.  The corn bed will go on the left, approximately 16' long x 4 or 5' wide, with a path separating the corn and peppers.  There should be enough room at the far end for a couple of hills of cantaloupe, and the near end for carrots and bush beans. 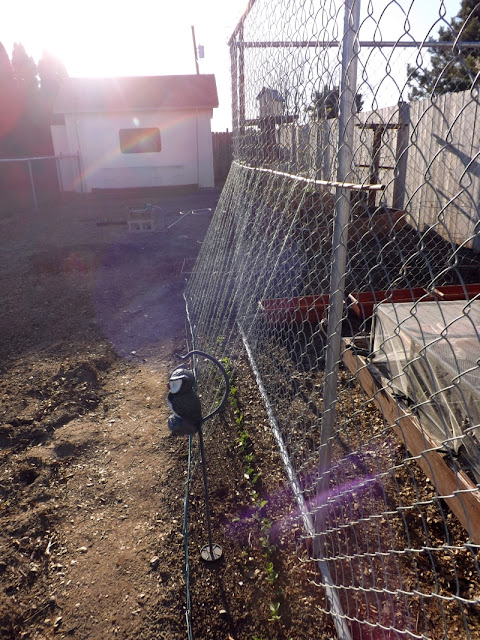 I began running the garden twine for the peas, and got about half done before my back gave out.  There's always tomorrow. 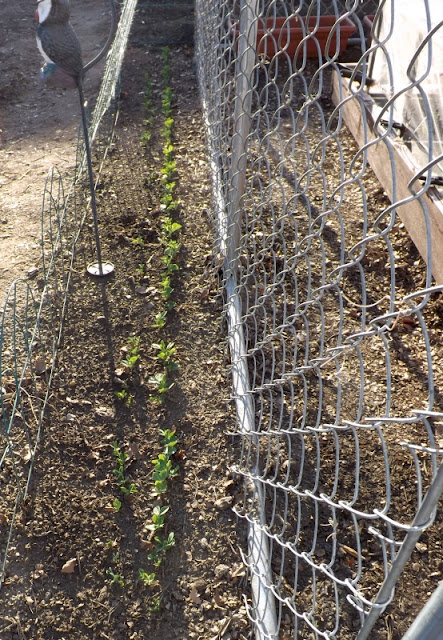 The sugar snap peas are emerging nicely, but the shelling peas still have not broken ground. 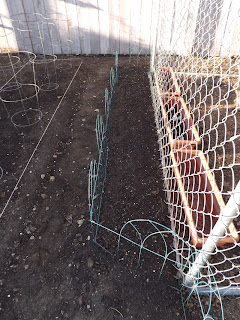 I noticed the radishes I planted last week by the lettuce were showing, so I decided to plant another row bordering the parsnip bed.  I got about 62 seeds in this row. 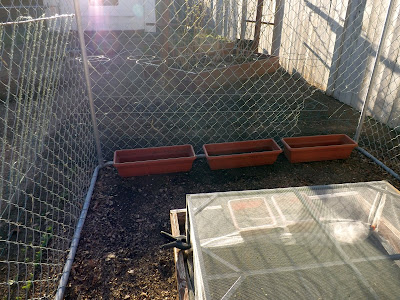 I changed my mind on pulling some of the strawberries out of the bed to make room for the six new (different variety) plants I purchased.  Instead, I think I'll put them in these planters inside the Kennel Garden.  If I like them better than the old berries, I can root the runners and do a replacement later. 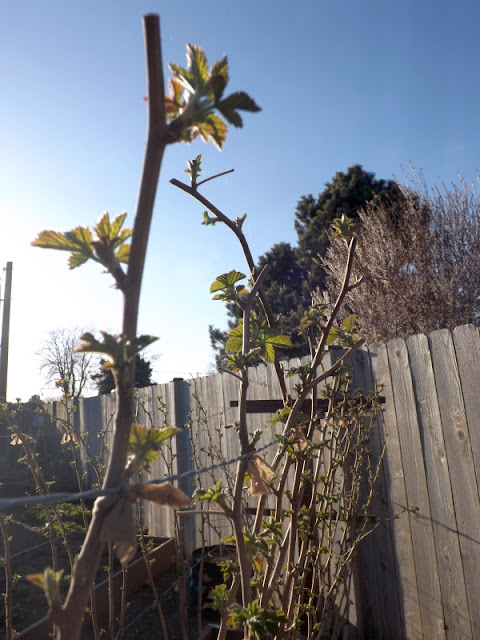 The raspberries are leafing out in this warm weather. 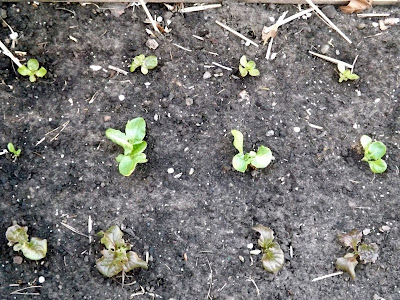 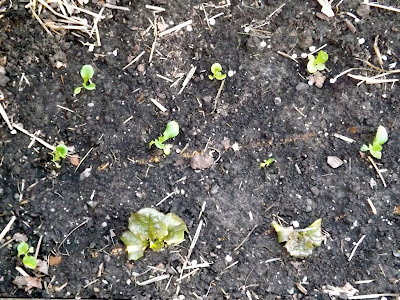 And the lettuces are growing larger. 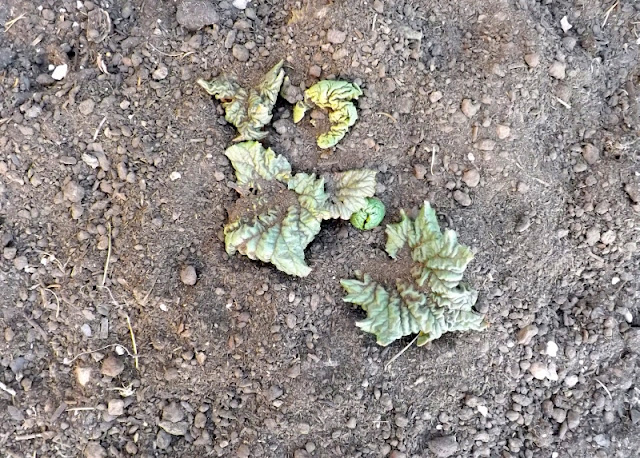 My final gardening chore for the day was to heap composted manure all around and over the rhubarb plant, then make a little fence to protect it from the dogs.  It's not in the main garden, but next to the fence that keeps our dogs and the neighbor's dogs apart.  They love to trample that garden while sounding like they're all going to kill each other. 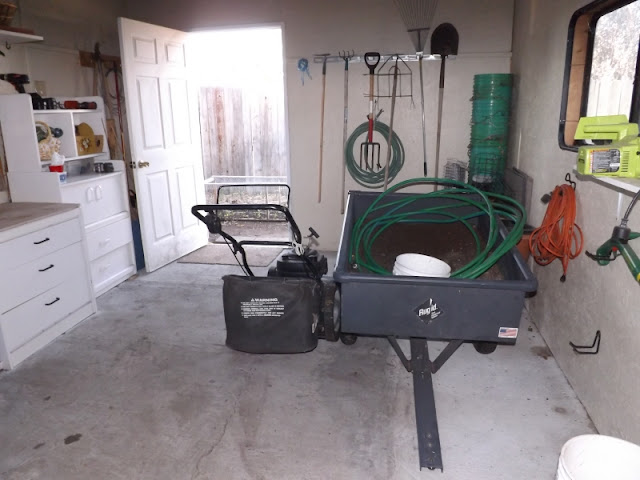 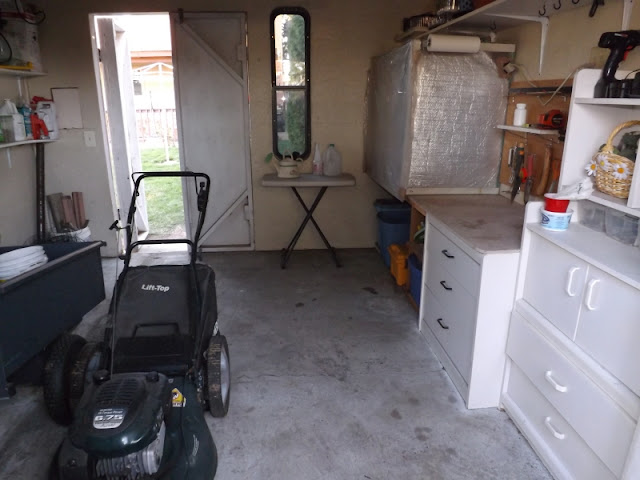 The garden shed was a mess....again.  I cleaned it up, put everything away, swept it out, and it's lookin' pretty good!  Now it's time to sit down and relax with a cup of hot tea.