I never have enough spinach.  In the past five years, my largest harvest was a meager 7 1/4 pounds.  The other four years saw about 6 1/2 pounds harvested.  One problem has been leaf miners, which ruin the spinach leaves if they aren't protected.  I have found common netting from the fabric store does a decent job of keeping the miner flies out.  Yes, the same netting you find in tutus and wedding veils.  Another problem is that spinach seeds seem to be quite finicky about germinating.  That little problem can be solved with presprouting the seeds.  Just dampen a paper coffee filter, sprinkle on the seeds, fold in half and put them in a plastic bag in a warm place.  Check daily.  I've had seeds begin to sprout in as little as two days!  Anyway, this year I swear I'm going to have spinach....lots and lots of spinach. 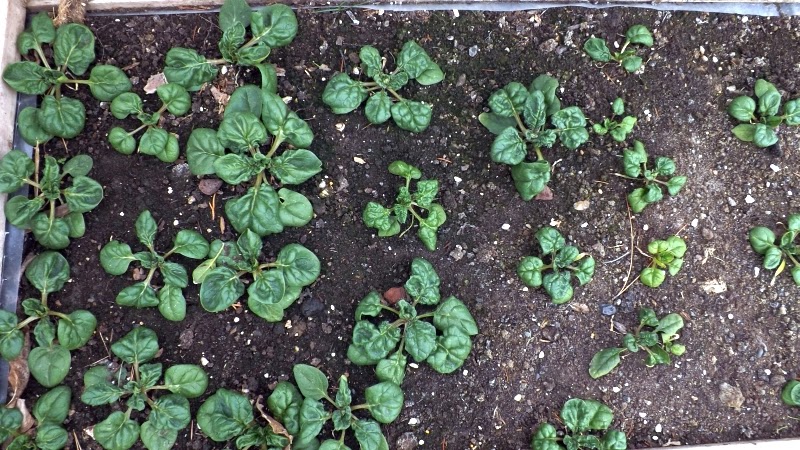 I planted a small bed of spinach in the fall and it overwintered under plastic.   It looks like it might be putting on a bit of new growth, so I'll hopefully get some early spinach for my salads.  This bed, however, will have to be cleaned out in April so it can be prepared to hold tomatoes and bush beans.  So, for my main planting of spinach..................... 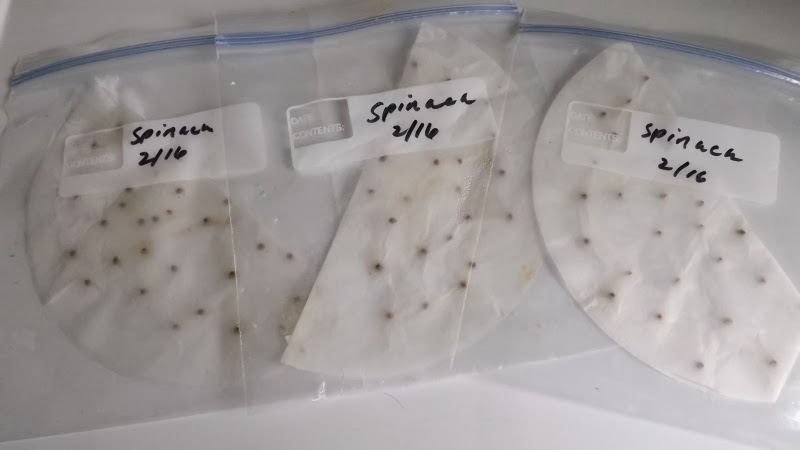 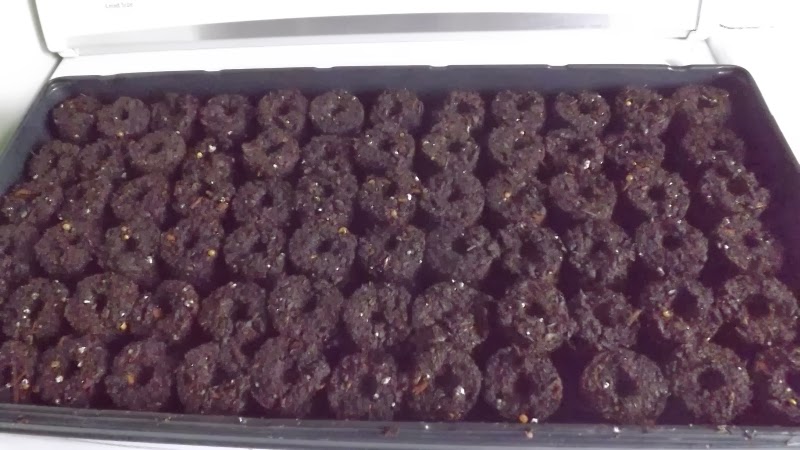 And I made 72 soil blocks/cylinders with my homemade block maker. 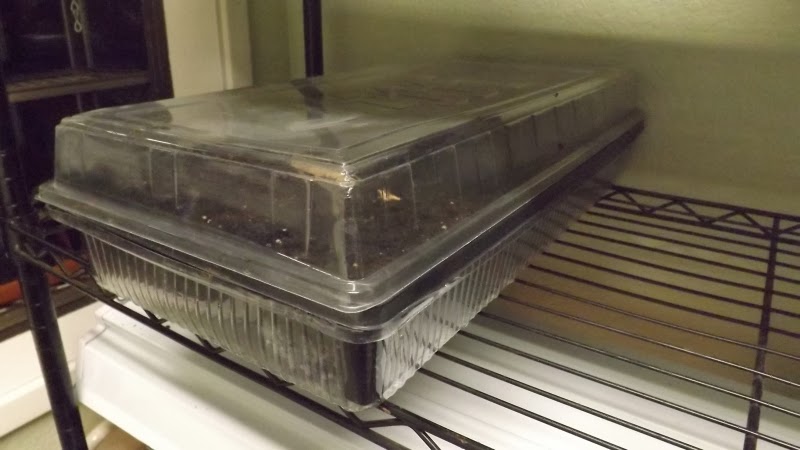 Then, since 18 seeds managed to sprout after only two days, I planted them in 18 of the blocks, added a humidity dome and set them in the warm laundry room to wait for their siblings to sprout and join them.  With luck, I'll end up with 72 nice spinach plants to set out in the garden in about a month.

Elsewhere in my pre-spring rush to get something....anything....growing: 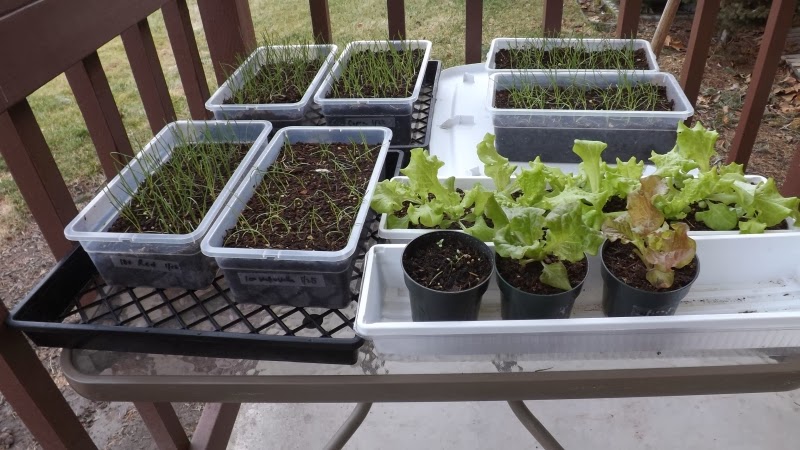 The little lettuces are almost ready for a second harvesting of outer leaves, the onions have had another trim (except one container of sweet onions that isn't growing as well as the others.  ? I don't know why, as they have the same potting mix, seeds from the same packet, same everything.  After only one parsley germinated in the thickly seeded pot, I planted another pot of seeds.  Two days later, three more parsley plants popped up in the first pot.  Now I'm going to have more plants than I can use!  It's been warm enough all week to put these seedlings out for the day, but they have to be on the patio, protected from the strong winds we've been having again. 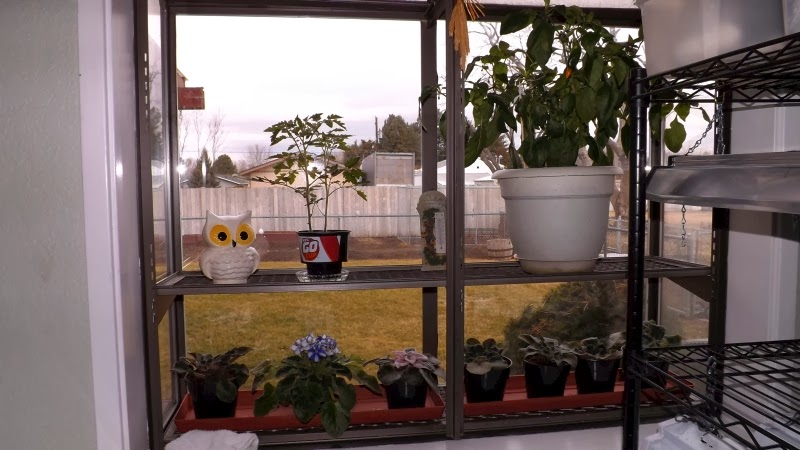 I've had to remove one of the plant window shelves to make room for the pepper and tomatoes.  The pepper is growing, getting a new flush of foliage and blossoms!  The tomato plants also have some clusters of small buds, and will soon have to be potted up into larger planters.  The adopted African violets are doing great!  The sucker plants I removed from one overgrown violet have taken root and developed new leaves.