Where in the World is EG's Little Traveling Box?

The caravan of eight vehicles left Bouse at 9:00 a.m., heading for California and the Whipple Mountains. Our destination was what some of us call "The Finger" and others call "The Needle". 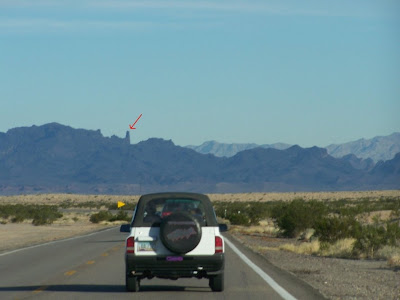 This was a fairly easy trip of 60 miles (one way), the first thirty miles being on paved highway. Once we exited the highway we drove up a smooth, sandy wash. 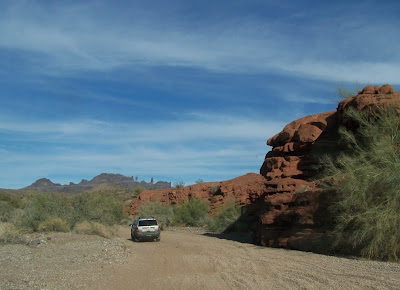 The only obstacle we encountered was a large boulder that wasn't too difficult to maneuver around for most of us, but gave Jerry and his big Dodge pickup a bit of trouble because of the long wheel base. It was at this time, as I began to take a video of Jerry's rough trip around the boulder, that I discovered the memory card from my camera had been left back home in my laptop and the camera's internal memory was full. It was necessary to delete the video clip to free up room for the rest of the day's photos. 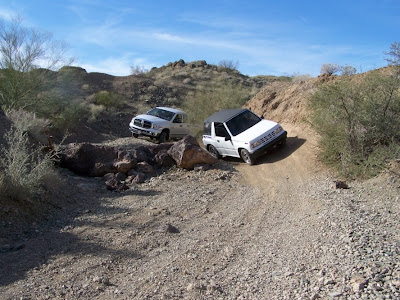 About ten miles into the mountains the wash became rough, and we had to put the Ranger into four-wheel-drive. There wasn't a lot of pretty scenery (vegetation) on this side of the Colorado River. The pretty desert is the Sonoran, and here we are in the Mohave. The rock formations are fascinatingly beautiful, though. 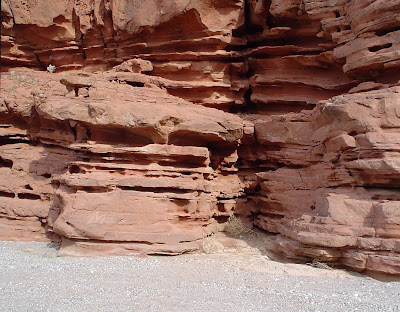 We reached an abandoned mine shaft, and got out to explore a bit. 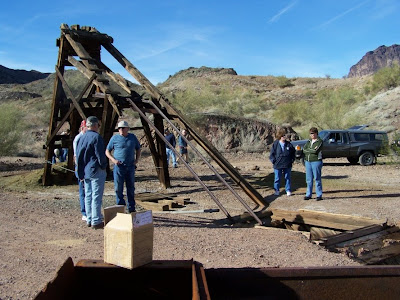 Just around the bend, above the mine, are the buildings that housed the Colorado Arizona Mining Company. 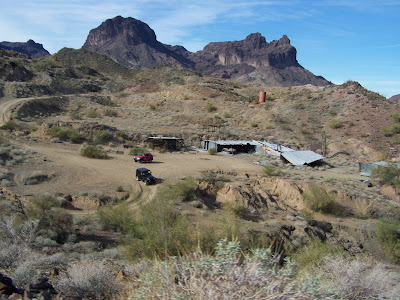 The buildings have suffered a lot of damage in recent years, from weather and vandalism, but there are still shelf after shelf of core samples to be seen. 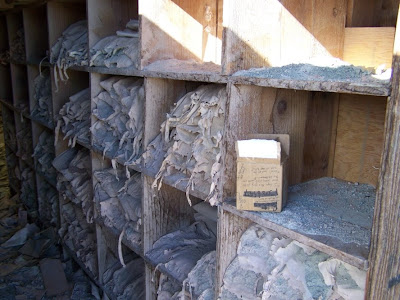 The miners would drill out cores of rock that would then be cut and crushed, bagged and sent to an assayer to check for ore content. This mine must not have panned out by the looks of the thousands upon thousands of samples left behind. 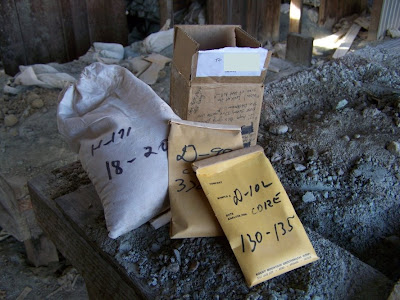 After a leisurely lunch, we ventured further up the mountain until we were right beneath the "finger". 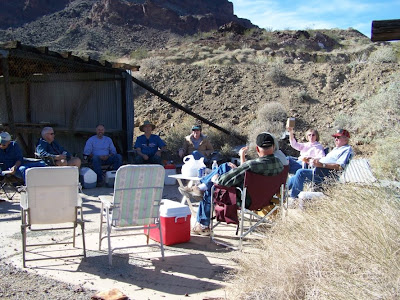 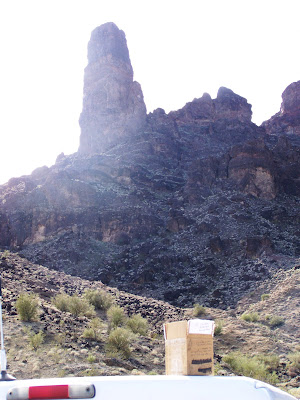 There we discovered another building that contained box after box of core samples that hadn't been crushed, and my friend Marge discovered an extra 1 GB SD card that she loaned me for my camera. Hooray! I can take more pictures! 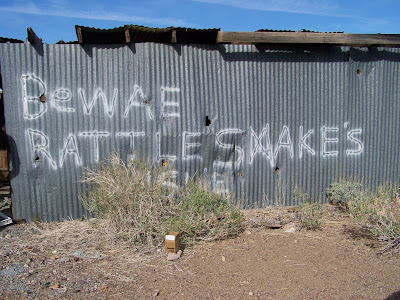 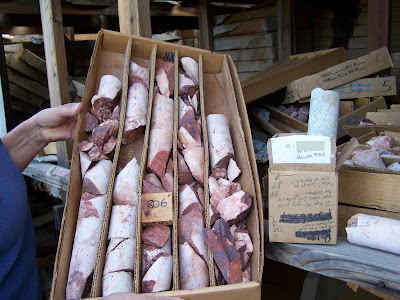 Six of the vehicles went on to view a nearby lake, but since we had been there several times and the area is fenced so there is no public access, we decided to follow Jerry and Marge back to town to do some grocery shopping. We made our way back through the beautiful rock formations, some of which were playing peek-a-boo with the sky. 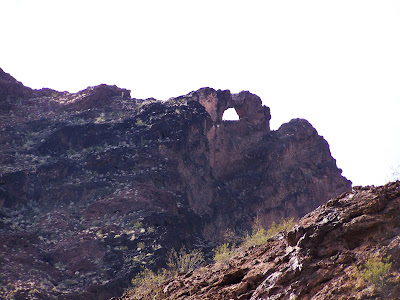 Usually we see wild burros on this route, but today the only wildlife we saw was this small tarantula crossing the wash. The group that came behind us spotted several bighorn sheep.


Annie is getting better on the trips. She didn't "barf" until we got back into town and stopped at the grocery store. I think I may have to buy her some Dramamine. Both pups were on their best behavior again today, and were a joy to have along on the ride.