I can't believe it's Saturday already!

My son came over yesterday and added a hanging shelf to the mini-greenhouse. I'll add another light to this second story and I'll soon be potting up the tomatoes into those red 16-oz. containers. The shelf will only hold 24, so the rest will have to go somewhere on the lower shelf. I may end up raising the hanging shelf and using it for small seedlings, and putting the taller plants below. It's all a learning experience for me, a period of trial and error, never having raised my own seedlings before! 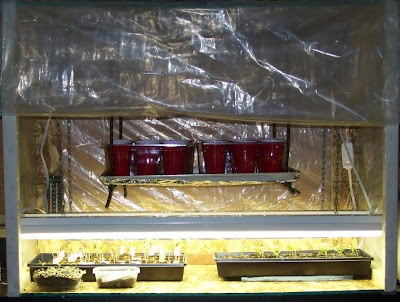 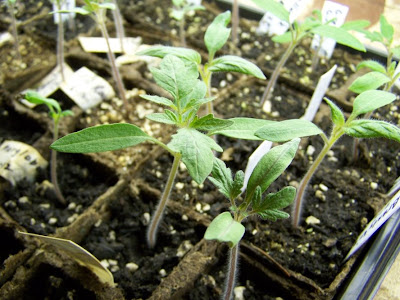 The tomatoes are looking good. I might be potting them up by this time next week. 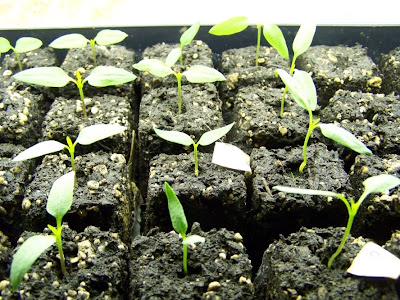 The peppers are also growing well. I was worried about the Purple Beauty peppers, as all the others had germinated long ago and there was no sign of life with these. But patience paid off, and yesterday a Purple Beauty peeked out at me, and another was showing this morning. 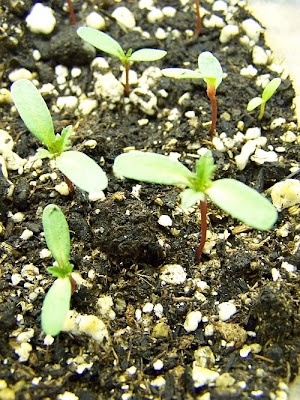 The only other plants in the greenhouse right now are a few marigolds.

I moved the lettuce, mesclun, dill and some of the brassicas outside under a plastic tent yesterday. They were all looking very leggy, and I think the greenhouse is just too warm for them.

The lettuce plants, except for the red romaine, were really looking floppy.

**********
Inside the house, the plants in the plant window all seem to be doing well, even those without artificial light. I had potted up some of the leggy brassicas into Dixie cups, and they seem to be growing sturdier in the cooler atmosphere. I also have marigold seedlings sprouting here, as well as basil, dill and lettuce. The onions that were in pots last week have been planted in the garden. 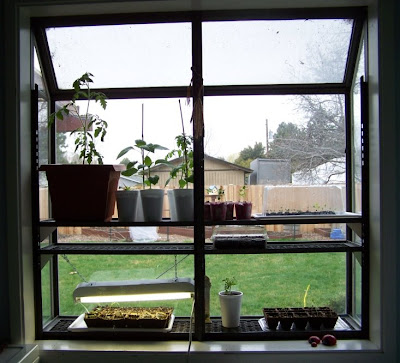 Basil, dill and lettuce grow from tiny soil blocks that were made with a mini-ice cube tray. 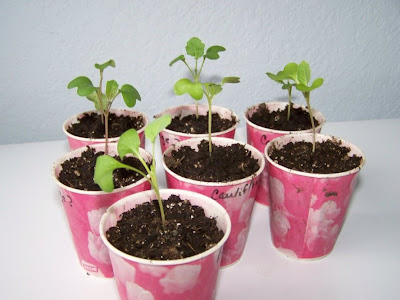 The cabbage, cauliflower and broccoli plants that I moved inside to the plant window are looking much better. 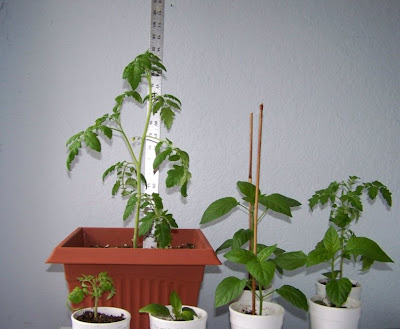 The largest Arizona grown tomato plant is 16" tall (22" including pot). The middle one is 9", and the largest pepper is 9". I think I'll toss that tiny tomato. It just never recovered from the freezing it took on the trip home. The smallest pepper is showing some new growth, finally. 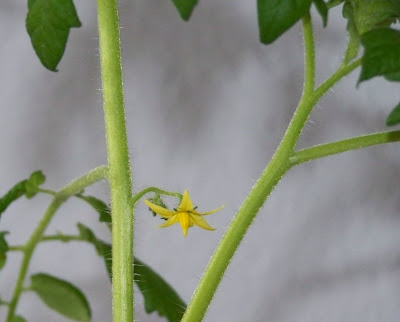 A bud on the largest plant has turned into a blossom. I tickle it every time I get near it, I hope it pollinates and gives me an early tomato.

**********
Parsnips and spinach have been started in soil blocks, and are residing on my bathroom counter. I made a new, smaller soil blocker out of a medicine bottle, which is nice for the smaller plants. 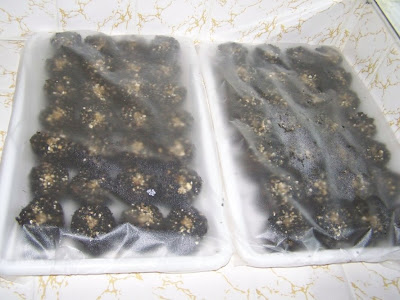 When I buy green onions at the grocery store, I always pot up the extras or plant them in my garden. This time I had two pots of them saved up, and then I bought another bunch, so I ended up with two rows of spring onions in the garden. I put them next to the carrots (under the boards, they have yet to germinate) and in the same bed where I've planted beets and radishes. Later, there will be two rows of sweet peppers in the center of this bed. 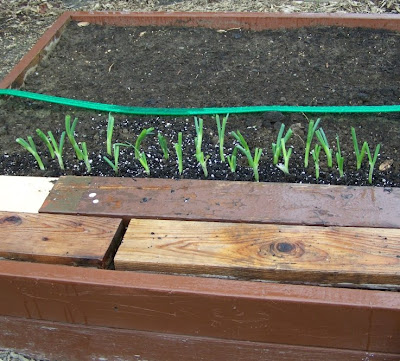 My garlic wintered well, and is really growing now. I think I planted these way too close together, so I'll be pulling some to use fresh before long, just to thin them out. I thought I'd lost the rosemary, which was a new plant just last year, but I see a tiny bit of green at the base. Maybe it survived after all. 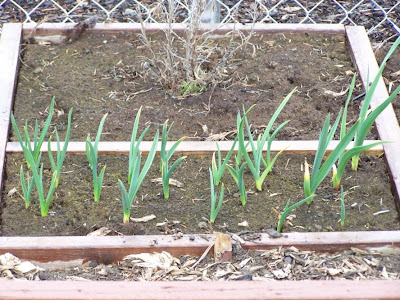 The bare root strawberries that were planted last week are showing some new leaves, the onion sets are beginning to peek through the surface of the soil, and two birdhouses have now been permanently installed....one atop the raspberry trellis and the other on a ladder in the squash patch. It's pouring down rain now, so I'll wait until next week to take photos.