I've been a bit remiss in my blogging recently, as there really isn't a lot going on right now in my gardening world and my internet connection has been all but non-existent this past week.

The little salad garden is growing, albeit very slowly. The carrots are up, and germination looks to be very good. Some of the spinach has emerged, as have a couple of the twenty-five onions, and enough lettuce seedlings survived the (probable) bird attack that I will have plenty to transplant into the bare spots. I also have some lettuce seedlings growing in vermiculite, so hopefully I can replant the containers that have passed their prime. 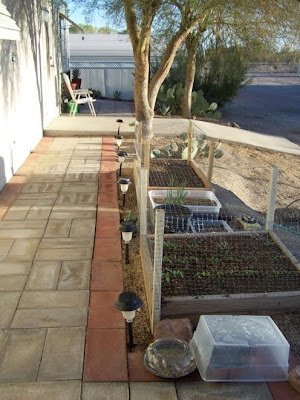 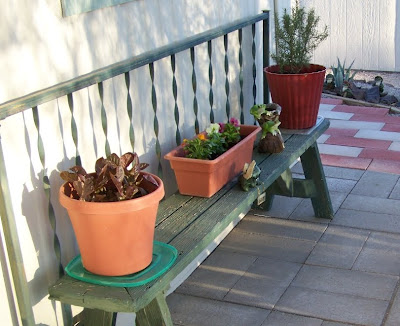 My two Patio tomatoes suffered a lot of leaf miner damage, which I first misdiagnosed as bruised and damaged leaves from being mishandled in Lowe's nursery. It became apparent the damage was from leaf miners when I spotted the squiggles from their tunneling, so, scissors in hand, they were soon inspected and all damaged leaves removed to a sealed plastic bag. The larger of the two plants now has 13 tomatoes on it, the smaller one has a lot of blossoms. I have taken to tickling the opened blossoms with my electric toothbrush each day, in hopes of increasing their chances of pollination. Mr. H is still patiently moving the pots out in the mornings and back in at night. When, oh when, will he be rewarded with a ripe tomato? 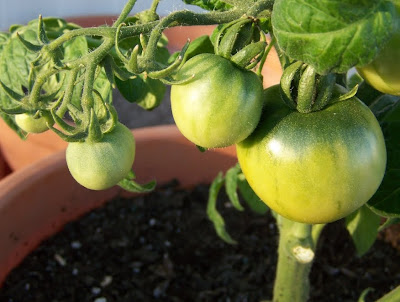 About a week ago, I was contacted by Chelsea, of Hometown Seeds, with a request for a link to their website to be added to my sidebar. I've never ordered any seeds from them, but I looked over the website and it seems to be a nice family-type business that is just starting up, so I said I'd be happy to help them out. Today in the mail I received a "thank you" from Chelsea, and a sample of some of their seeds. I also found the link wasn't working, so I fixed it. I hope. 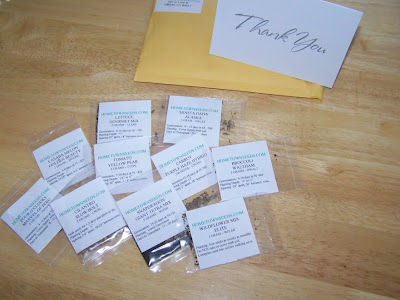 I was happy to see Shasta Daisy seeds among the collection. Before I had my main vegetable garden along the east fence, I had Shasta daisies and summer phlox, and they were so pretty! Unfortunately, my neighbor had Bermuda grass, which overtook the flower garden so badly I finally removed all the plants. Now the neighbor has a small garden area along the fence, where she keeps the Bermuda grass under control, so I'd like to reintroduce that strip of land to the daisies and phlox. 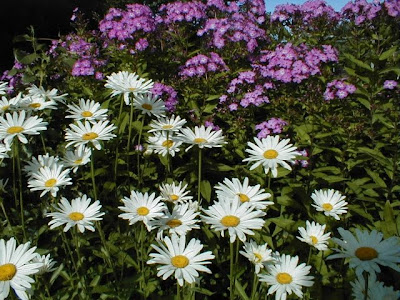 My flower garden of the past.