I love how my son-in-law, Bryan, has decorated their back yard and patio on a budget. Amy and Bryan manage a large mobile home village, and they live in a company owned house on the property, so Bryan has used concrete blocks and pavers that can be moved and reused if they should happen to relocate. 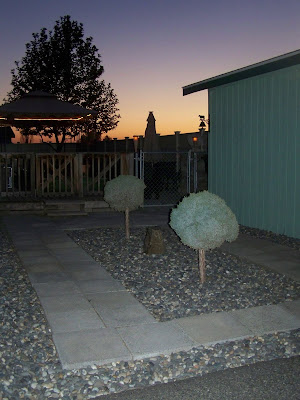 The entrance to the back yard is paved with large concrete squares set in river rock. 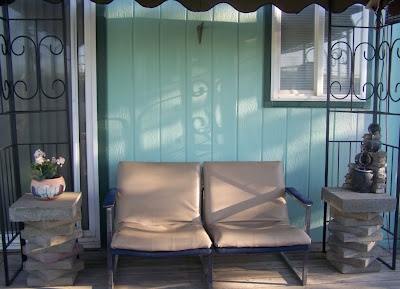 He carries on the theme by stacking the thick concrete pavers to form end tables. 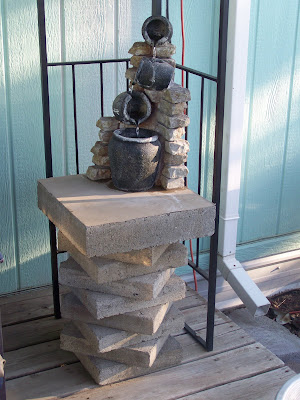 One holds a small water fountain. 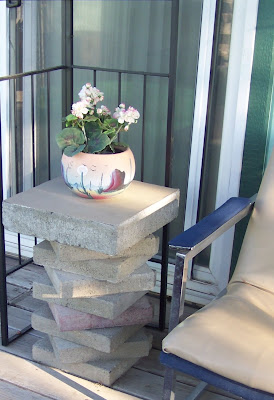 The other holds a pot of flowers. 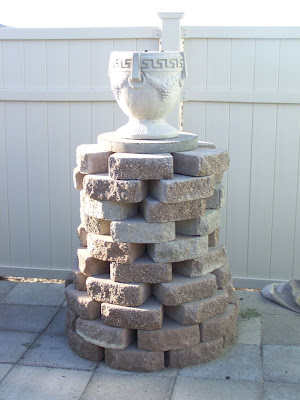 This column of concrete block actually hides their electric meter. It has an opening just large enough for the meter reader. If Amy were a gardener, she'd have some lovely flowers tumbling out of that urn. (Hint, hint, Amy!) *Note: Amy informed me there are no flowers in the urn because it's a fire bowl. There are oil lamps hidden inside that Bryan lights when they have company. 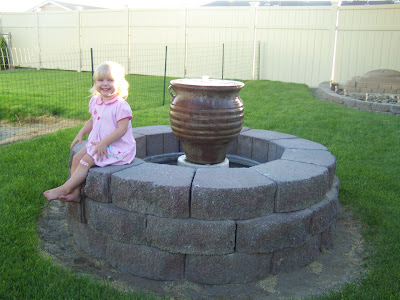 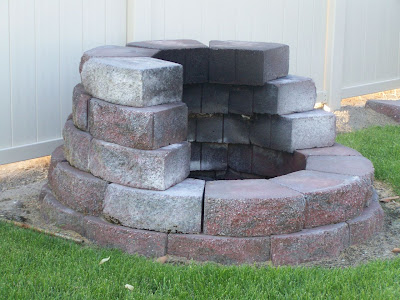 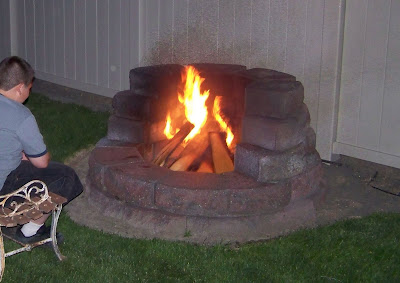 Unfortunately, Amy isn't quite as artistic with her interior decorating. She tried to build a fire pit in her kitchen last night. She was heating oil on the stove for some French fries, and had put a lid on the pot. When she removed the lid, it started a flash fire. Instead of replacing the lid to smother the fire, she picked up the bowl of potatoes and water, and threw it at the pot of burning oil. Of course, that made the fire go out of control, up the wall and across the ceiling, and down the wall on the other side. On it's journey, it managed to catch the curtain, that hides the laundry room, on fire, and melt the covers on the ceiling lights.

Alicia, her oldest daughter, wasn't home at the time. Baby Alicyn was outside with her daddy. Amy ran outside, screaming, and Bryan grabbed the fire extinguisher and managed to put out the fire. Amy said she was screaming for someone to call 911, and two neighbors just stood and watched, and did nothing. Nice, huh?

The damage wasn't terrible. It was mostly smoke and melted plastics that can be replaced. Bryan is handy enough that he'll do the work himself, so an insurance claim won't have to be made. Both the light fixtures melted. It traveled toward the laundry room, catching a curtain in the doorway on fire. 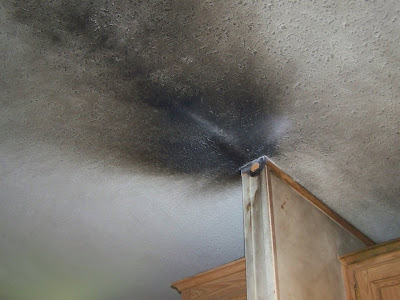 Where the curtain was attached. 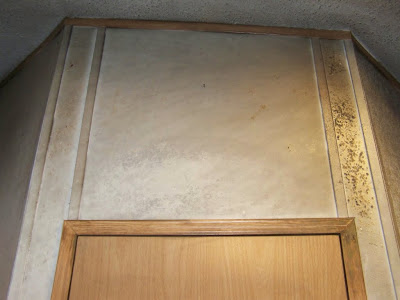 The fire traveled across the room and blistered the wall next to the pantry door. Shelves to the left (not shown) held plastic flowers that melted from the intense heat.
Amy says she's the only person in the world who can kill plastic flowers. She also says she's never cooking again.