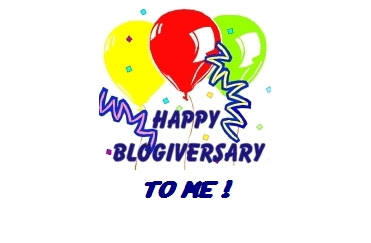 It's been two whole years, folks! I've blogged 459 times, and my followers have grown from 0 to 194 (and I appreciate each and every one of you!) I purchased 50' of wire fence and 8 metal fence posts to keep the puppies out of the garden, as they are loving to dig in the new beds of compost. Hopefully we'll get the fence up soon.

The garden and the blog have grown a lot in two years!