I picked the rest of the peppers that were showing spots on them. The damage wasn't as bad as the ones I showed you yesterday, but I wanted to get them off the plants and cleaned up before it got any worse. 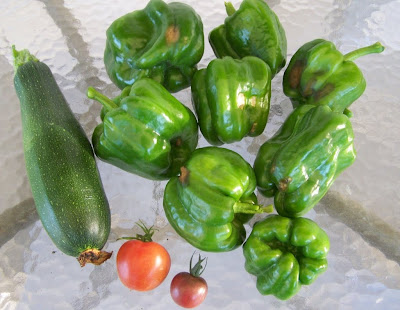 There were seven more bad peppers that I could find. I thought the small one in front had a spot, but it didn't. Too bad it was picked. 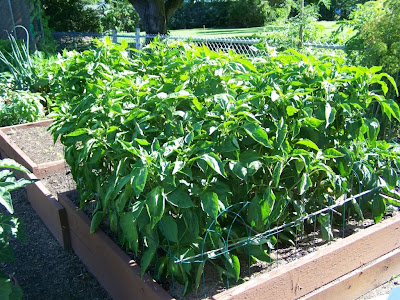 The Quadrato Rosso D'Asti pepper plants look really healthy, only the peppers are affected. These plants are around 24" tall, at least twice as high as the Golden bells. 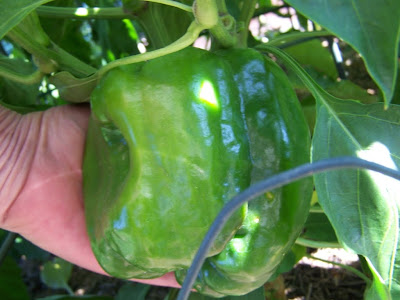 To give you an idea how large these peppers get, I can't get my hand around half of this one. I don't see any BER/fungal infection on this pepper (the white spot is just sunlight), I certainly hope it escaped. 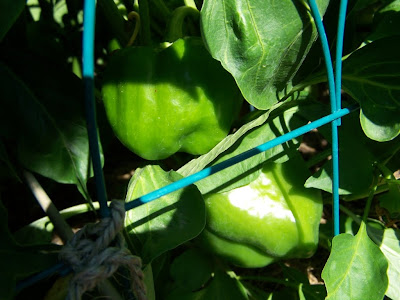 The Golden Calwonders, in the same bed, aren't showing any problems at all. It may be that they are more resistant to whatever is infecting the Quadrato Rosso D'Astis.

Now, on to the problematic tomato patch, where the plants got so tall and heavy they collapsed, and the neighbor may have sprayed an herbicide along the fence line. 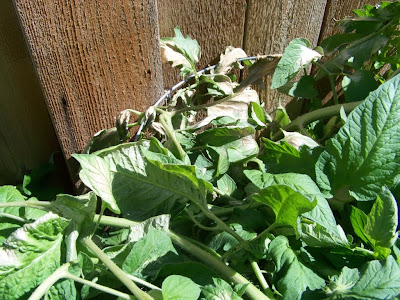 The photo doesn't show the damage too well, but the leaves are curled and discolored all along where they (four plants) were up against the fence. The fifth plant, against the other neighbor's fence, also collapsed, but it shows no leaf damage at all. I thought it could be sun scald, as the leaves hadn't been exposed to sunlight until the plants fell forward, but there is that tell-tale strip of dead grass along the fence line on the neighbor's side, so I'm fearing herbicides were used. 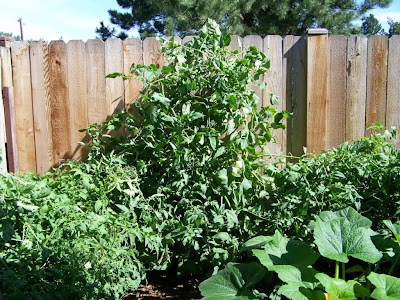 I tried to pull the branches of Brandywine as straight as possible, and looped twine around the fence post, then around the plant. I'll try to straighten the other four plants, too. 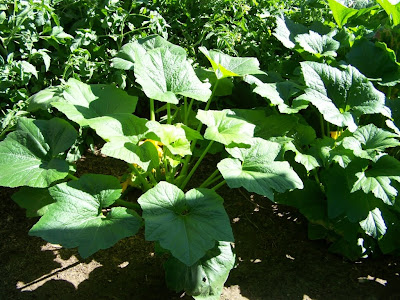 I fear this lovely volunteer crookneck squash will have to be ripped out. It's growing right up against the tomatoes, and there is no way I can even get close to them. There's another gigantic crookneck plant right next to it, and I can't hardly get to the center of it to pick the squash.
Elsewhere in the garden..... 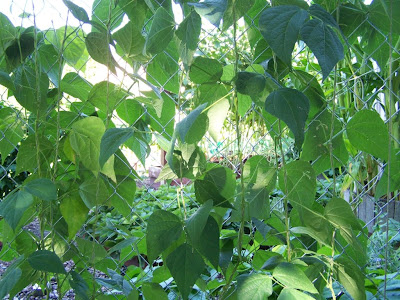 Sitting in the "kennel garden", I'm shaded by the Fortex pole beans. 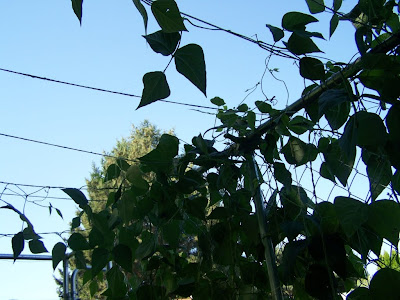 Looking up, I see this. 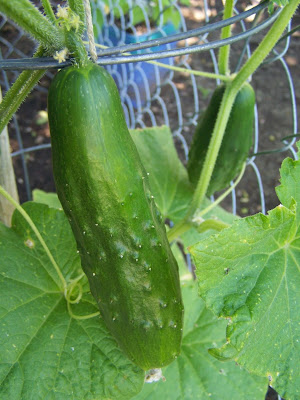 These Spacemaster cucumbers are almost ready to be plucked from the vine. 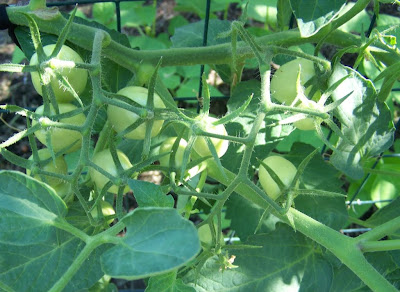 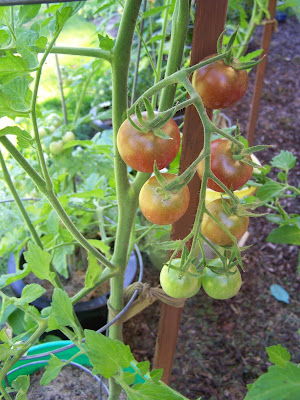 Mmmm....I've picked a few Black Cherry tomatoes. Most of them don't make it as far as the kitchen to be weighed. 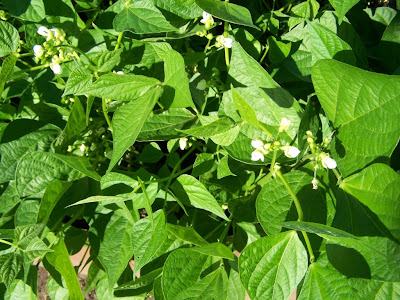