A Wonderful SurPRIZE
"Dirt Lover" Lori celebrated her blog's first birthday on August 11th., and she recently offered a lovely prize to one of the readers of  Beyond Dirt - My Creative Journey  to celebrate the occasion.  I happen to be the recipient of said lovely prize, and couldn't be happier!  It arrived in the mail today, thank you Lori! 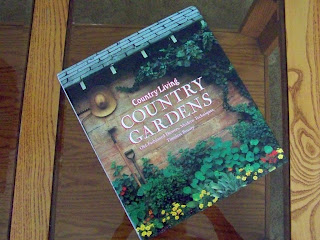 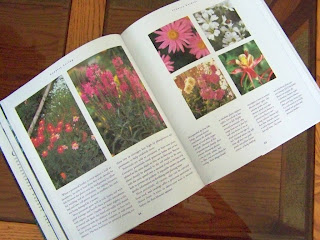 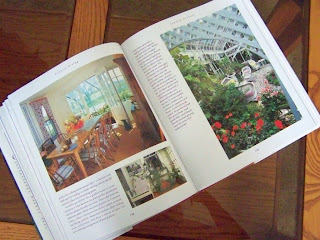 Full of ideas for decorating house and patio 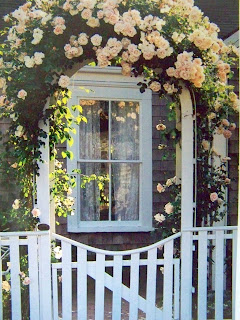 An entry I can only dream about
Lori's blog is one of my favorites.  I hope you all join me in following her Creative Journey.
Spinning My Wheels
Mr. Granny came into the kitchen last night, around eight-o'clock, and told me I was just spinning my wheels.  He said I'd been working all day, and the kitchen was just as messy at eight as it had been at four!  It did seem like I was working really hard, yet accomplishing very little, but everything I did yesterday was so time consuming.
First there was that big basket of tomatoes, out on the patio table, that had to have something done to them soon.  They got washed, cut up and put in the big pot, simmered until they were soft, pureed with the stick blender, strained through the chinois (fancy name for the strainer), and back on the stove to simmer down to half the original volume. 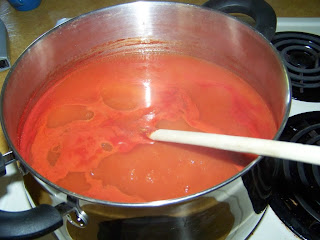 That took care of all the tomatoes but two, which will be used as slicers today.
While the tomato sauce was simmering, I decided some home made hamburger buns would be good for a dinner of grilled hamburgers, so I had the bread machine whip out the dough, then got them in the oven to bake.  As soon as the dough was out of the machine, I filled it again for a fresh loaf of bread.  I'm sure loving that new bread machine!  Once the buns were out of the oven, I decided to bake a "pumpkin" pie with the half of a baked butternut squash that was languishing in the fridge.  I know, I know....I said I'd never bake another butternut squash pie after the knock down drag out fight I had with Mr. Granny over the last one.   It's been just over a year since the last butternut pie was baked, and I haven't let Mr. Granny forget about it for a moment.  I'm one who holds grudges. 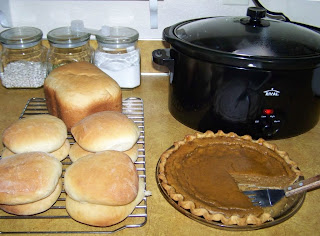 Fresh baked bread, buns and pie.  Yes, I had a big slice of it.  Then I had another big slice of it.  I'm going to have another big slice of it for lunch today.  I'll eat the whole damned pie myself!
Oh, notice the new Crockpot in the picture above!  I replaced the one with the cracked crock last weekend.  Mr. Granny bought himself a new 42" LCD TV, so I treated myself to a new Crockpot.  Somehow that doesn't sound fair.  But that was another job accomplished yesterday, the cooker was filled with enough chicken thighs for a week's worth of dog dinners.
The other day I dug down to the bottom of the chest freezer, and retrieved a 10-pound turkey breast that had been hiding for a couple of months.  I put it in the refrigerator to thaw, thinking it would be ready to cook today, but it was ready yesterday.  That meant the grilled hamburgers on home made buns had to be put on hold while I cooked the turkey.  Buns were packaged and frozen, the roaster oven was hauled off the shelf in the garage and set up out on the patio, and the turkey was put in to roast. 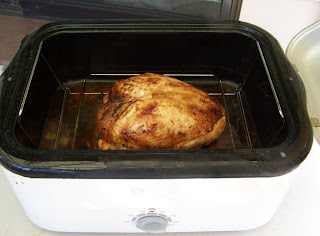 It's unbelievable how fast a turkey roasts in these roaster ovens.  I usually forget I have this one sitting out in the garage, but every time I use it I wonder why I don't use it more often.
The turkey was moist and tender....and ready two hours before our regular dinner time!    We decided to have an early dinner, so I did a quick microwave stuffing, mashed potatoes and gravy, while Mr. Granny made a quick run to the store for some canned cranberry sauce.  Don't tell me you're shocked that I'd eat canned cranberry sauce....I love the stuff.
With dinner finished, and my third load of dishes in the dishwasher, my job still wasn't finished.  The tomato sauce was still simmering on the stove, and ready to be canned.  I rummaged through the refrigerator and found one pint jar of jam that was nearly empty, transferred the jam to another container and washed the jar.  Then I went out to the garage and checked all the cupboards.  I found three more pint jars and 10 quart jars.  I brought the pints inside and got them washed, started the water in the canner cooking, and assembled all my canning tools. 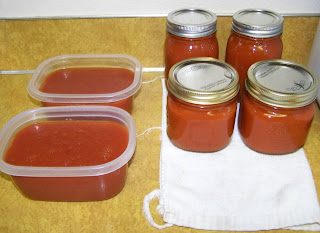 The four pint jars were filled, as well as two freezer containers.
That's the absolute end of the pint jars, so once I fill those 10 quart jars with diced tomatoes, and maybe round up enough half-pints for one more batch of hot pepper jelly, my canning will be finished for the year.