This is the first of what may turn into several blogs before the day is over. I have a lot of photos to share, and not much time left.

Just three days until we leave for Arizona. Actually, there are only two days left to get so much done. Today I tried to get in some more garden cleanup. I still must rake out the paths, but this is what the end of the garden looks like today...... 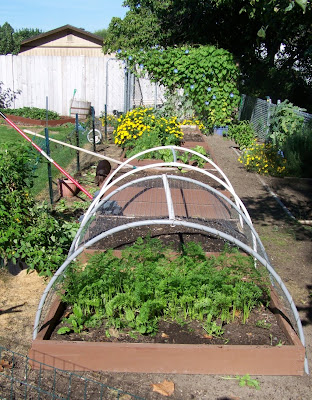 We haven't yet experienced a frosty night, let alone a killing frost. Last year it happened on October 9, but this year I have more green growth in October than I did in September. 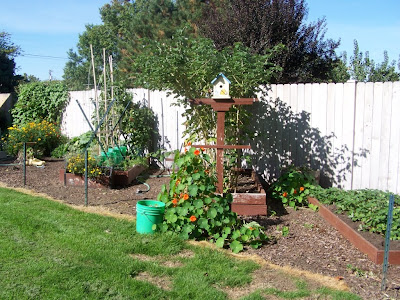 Although most of the tomatoes have been removed, the north garden still looks pretty good. I've thinned out a lot of the overcrowded strawberries, and transplanted some of them into the whiskey barrels by the fence. That nasturtium, in the center of the photo, is blooming better now than it did all summer. 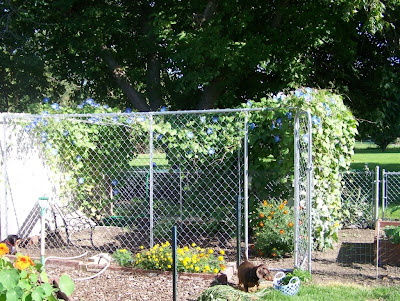 If you click on this photo, then click again when it opens in a new page or tab, you'll be able to see the many Heavenly Blue flowers on the kennel garden. 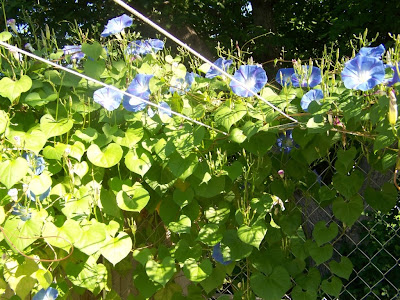 The vines have begun to grow all along my clothes lines. 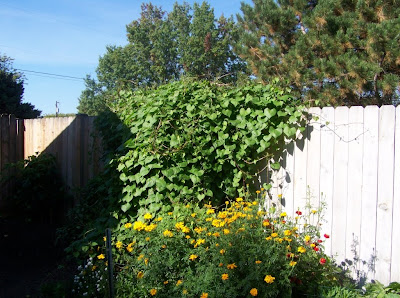 The Heavenly Blue morning glory in the north garden has still not had a single blossom, even though it was the first bed planted, and gets the most sunshine. 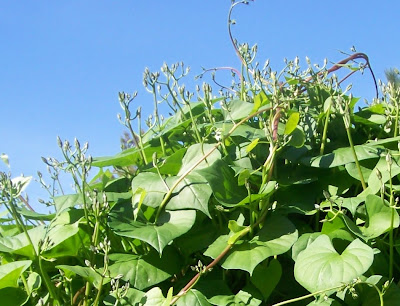 It is, however absolutely covered with what must be a million buds. If it blossoms before it freezes, it will be quite the show. Unfortunately, nobody will be here to see it. 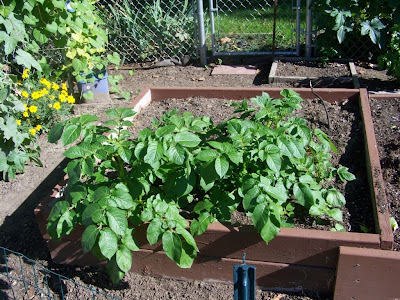 A few small potatoes were missed when I dug the mature ones this summer, and just look at these volunteers! They're greener and healthier than the ones I planted in the spring. 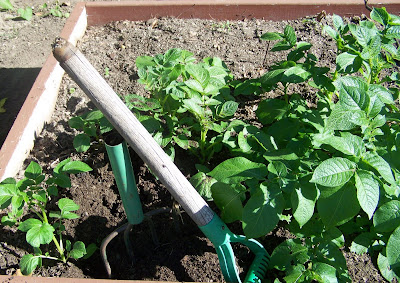 I finished killing off the garden fork when I dug down to see if there were any potatoes. There were lots of dime and nickel sized ones, but nothing large enough to eat. 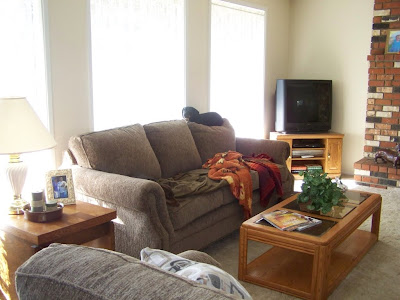 Remember when I bought the new living room furniture last month? I also bought a bunch of fleece blankets for the two dogs to lay on. You can see how well that worked out! Otto is pretty good about staying on his blankie, if he's not hanging over the arm of the sofa. You have to look hard to see him, he blends right in! Princess Annie, of course, has to sit where she can view her kingdom. She likes her throne to be soft and squishy.