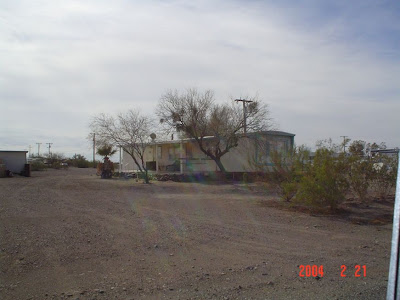 When we purchased the property, in the spring of 2004, it had sat deserted for nearly three years. A neighbor had managed to keep some water on the oleander hedge and the palm tree, but those were the only living things other than a few desert trees and some creosote bushes. 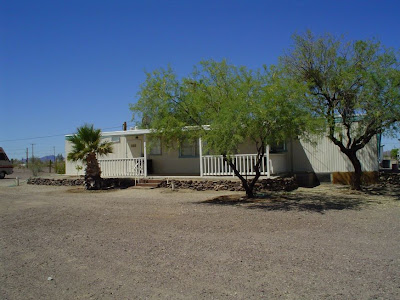 While I worked getting the inside livable, Mr. Granny built a railing around the front porch. It got terribly hot by June, up to 118F outside, so evenings on the front porch were very enjoyable. By mid-June, we gave up and went back home for the summer.

Returning on October 1 that fall, we finished up some of the interior work, then moved an old trailer and shed off of the property. It was during the shed moving that Mr. Granny asked if I was trying to kill him with all the hard work. I said "Of course not, just move it another two feet". That's when he had his heart attack. He got a $26,000 helicopter ride to Phoenix, and I got to do most of the labor from that day forward. 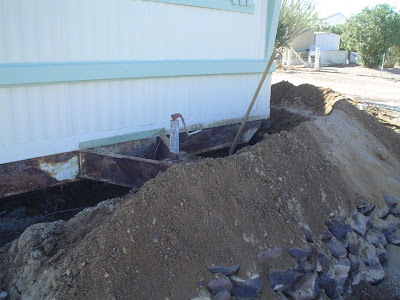 The previous owners had used a thin interior plywood as skirting, not even installing it under the drip line, and then back filled around it with sandy soil from the Bouse Wash. Of course, through the years the wood had dry rotted to the point it wasn't safe to walk on the soil around the trailer. I had visions of the ground giving away and me sliding right down underneath. We tried to find someone to dig a trench all around the back and ends of the 12'x65' structure, but no amount of $$ could woo anyone into doing the job. So I did it myself. It really wasn't that hard, but I had to keep the sand wet at all times so it wouldn't just slide back into the excavation. I dug a trench about 2-1/2' deep and 3-4' wide, just enough room to remove the old skirting and install the new. 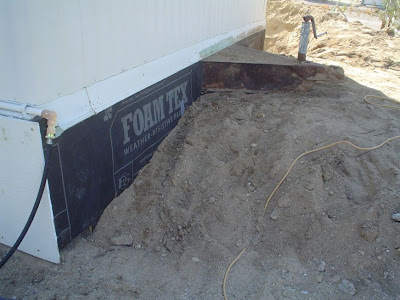 Mr. Granny helped me completely wrap each sheet of exterior OSB with Foam Tex. Then the two of us pushed the panels up under the drip line, and screwed them into some framing. 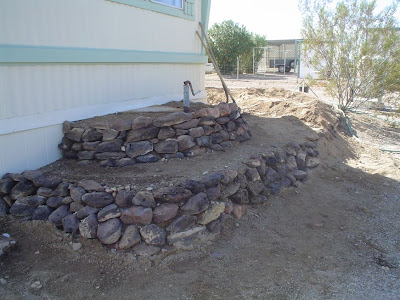 Once the north end was finished, I backfilled and terraced the soil and rebuilt the rock walls, mixing dry concrete mix with the sand, then dampening each layer as I stacked the rock. 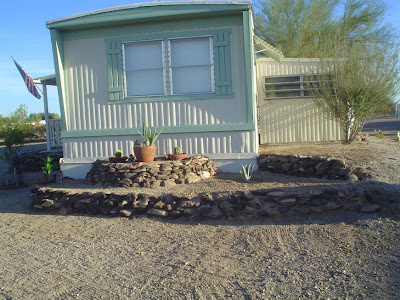 I cut a hole in the bottom of a large terra cotta pot, and slipped it over the tongue of the trailer. It was an improvement over the red plastic bucket the previous owners had used! A few pots and plants, and a drip system to keep them watered, and the north side was complete. 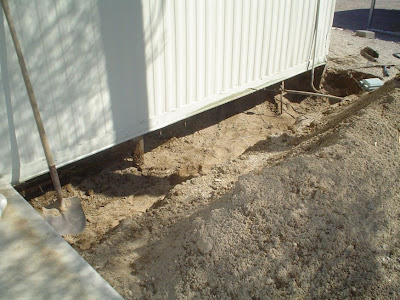 The first section along the back was dug. 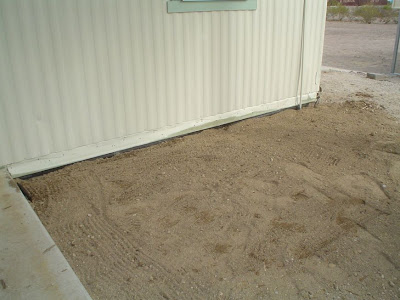 Foam Tex wrapped OSB was installed, and the trench was filled and leveled. 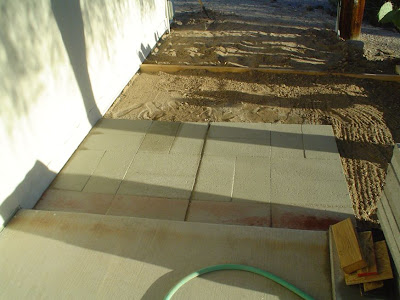 I began laying the concrete pavers for a small patio and walkway. 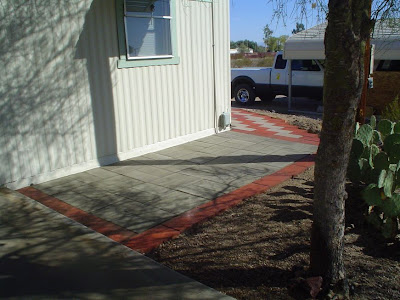 Those blocks are heavy! I went from a size 12 down to a size 8 by the time the walkways and rock walls were finished! Unfortunately, I gained it all back. 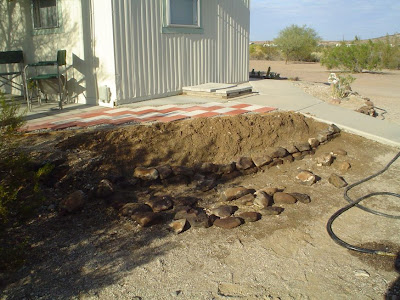 The retaining wall was rebuilt, using dry concrete mix in the sand. 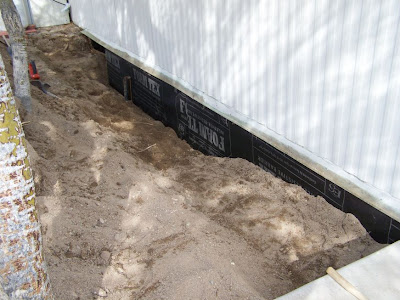 The final section to be dug and skirted. 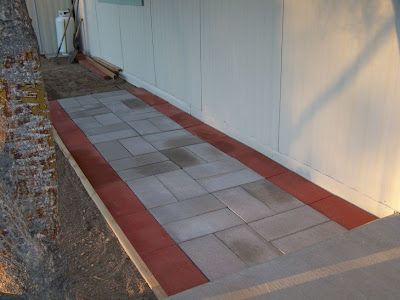 And the final walkway being built. These walkways and the patio are such an improvement over the old, bare soil. 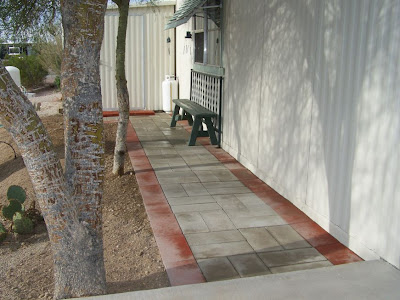 All finished!
There will have to be a part three about this renovation. A lot more work was done on outbuildings, carport and landscaping (and UN-landscaping). Besides, I have to have something to blog about before gardening time comes around!