Today I attended the 24th. Annual Fiery Foods Festival in Pasco, WA. Our town has a very large Hispanic population, and they bring out their colorful produce and wares each September and put them on display over several downtown blocks. 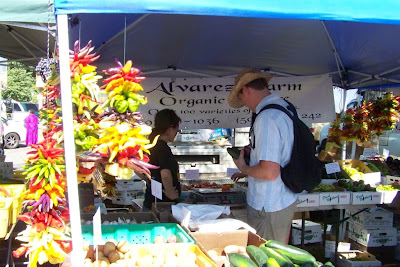 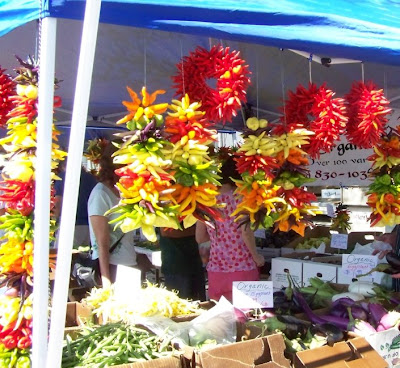 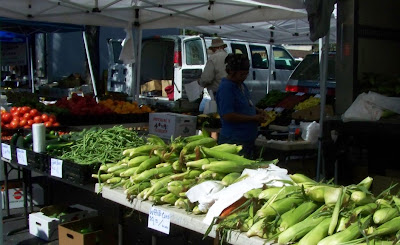 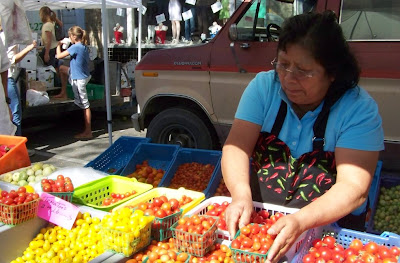 Of course, it put me in the mood for a little fiery food, even though I prefer the Americanized versions. Here is my favorite fajita recipe, and I do make my own seasoning which is lower in sodium than the packaged brands.

**********
What's a fajita without a Margarita? I like mine low-cal and fruity, and Hungry Girl has just the one I like!

*1.5 oz. tequila
1/2 tsp. Crystal Light powdered drink mix, Raspberry Ice
5 oz. water
1 oz. lime juice
Optional: lime slice for garnish and salt or no-calorie sweetener for rim of glass
If desired, run some lime juice along the rim of the glass and dip into a dish of salt. Combine all ingredients, mix well, and serve over ice. Or, for a frozen one, place all ingredients (dissolve Crystal Light in water first) in a blender with 1 cup crushed ice, and blend on high until well mixed. Optional: Garnish with a slice of lime.

*You can also make your margarita alcohol-free. Without tequila, it contains around 10 calories!

**********
Another spicy favorite is jalapeno pepper jelly. This is so delicious, especially on a butter or Ritz cracker, with a bit of reduced fat cream cheese.

Purée half of peppers and 1/2 cup vinegar in blender or food processor. Purée remaining peppers and vinegar. Combine purées in a large saucepan over high heat. Mix in fruit pectin.

Quickly ladle jelly into sterile jars, filling to within 1/4 inch of the tops. Cover with flat lids, and screw on bands tightly.

Place jars in rack, and slowly lower jars into canner. The water should cover the jars completely, and should be hot but not boiling. Bring water to a boil, and process for 5 minutes.

*Note: After making this jelly, I found it to be too mild. I would increase the amount of jalapeno peppers to 3/4-1 cup chopped.