I took a short break from the day's chores, but Son John kept working.  After we had our septic tank demolished and got hooked up to the city sewer, there was quite a bit of concrete that had to be replaced.  The tank was under our driveway, and by code a cleanout had to be installed 2 feet from the house.  That would have meant breaking out part of our front porch, but luckily the code enforcement officer let us fudge by a foot and put it in the sidewalk leading from our garage.  Not the best place, as it means we have to step on the cleanout and backflow covers every time we walk in and out or the garage.  Anyway, we hired a man to do the concrete work.  He's the same person who did the slab under our shed a couple of years ago, and we were very satisfied with his work.  He replaced the large area that had been cut from the driveway, and he did a really nice job on it.  I have no idea what happened when he replaced the sidewalk slab.  It was dark by the time he finished, and he had tossed a tarp over it so we didn't even look at it before paying him and telling him "Thank you, goodbye".  You can imagine how shocked I was the next day when I removed the tarp and saw a rough, uneven slab of exposed rocks.   He had poured the concrete and just left it unfinished!  It was also sloped in the wrong direction for proper drainage, and nearly an inch lower than the old slab. 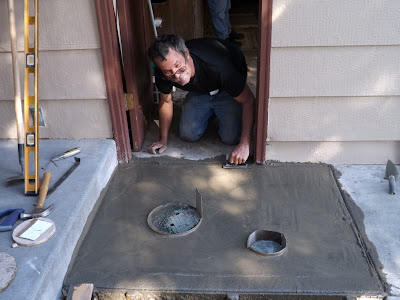 John fixed it for me today, putting on a thick skim coat.  He says it will be OK, I hope so! 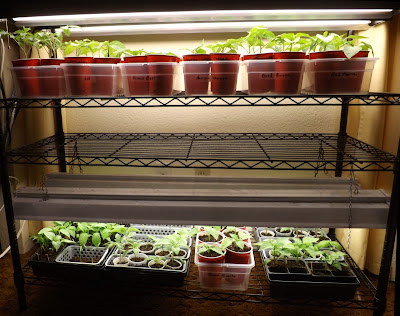 While John worked, I came inside and finished up-potting those 36 peppers and a half dozen tomato plants.  I had to bring in two more shop lights to accommodate the larger containers.  I think there are still something like 60 more peppers that need to be potted up, but I'm temporarily out of big cups.  And I have no idea where I'll put them all! 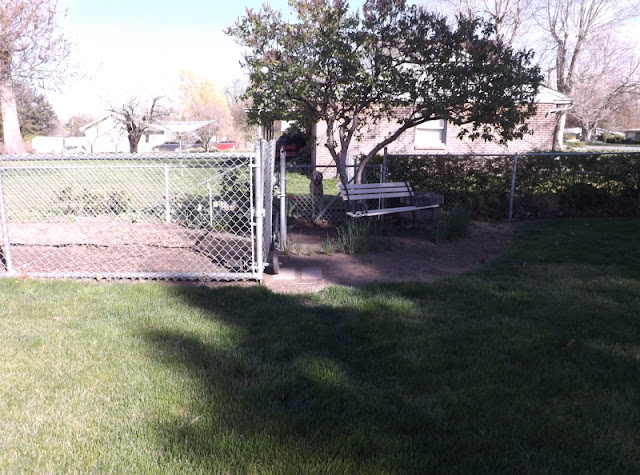 I have a new friend.  Look closely, he's right in the middle of the photo. 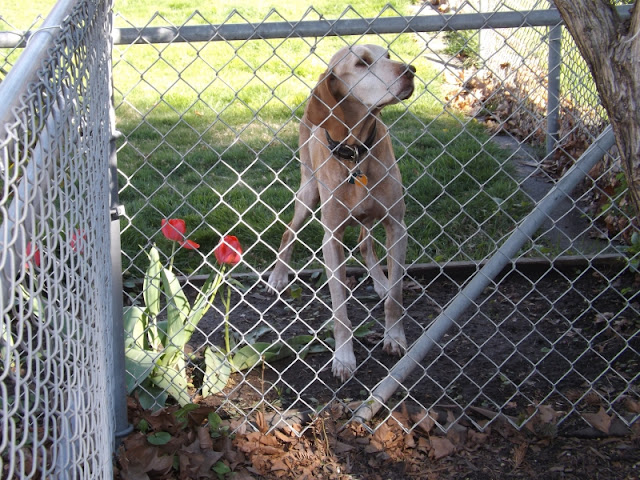 I don't even know his name.  I just call him "Big Dog", but he is completely deaf so it doesn't make any difference what I call him.  He's a rescue dog, very old, and my neighbor said he's not only deaf, but also blind.  I beg to differ.  He can definitely see, because he waits at that fence and watches for me every day.  When he sees me in the yard, the tail wags...... 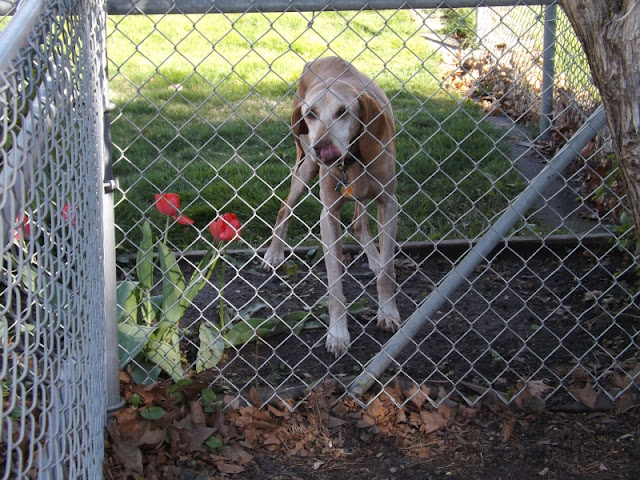 And he starts licking his chops.  Because I bake him cookies and give him daily treats.  He's been terribly abused, and he's so thin and crippled he can hardly walk.  He is a love, and he deserves to be loved. 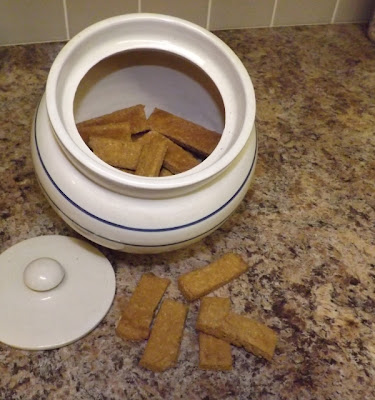 Whisk the flour, oats and baking powder together in a medium bowl.  Gradually stir in the milk, peanut butter and molasses.
(I just dump evertything into the food processor and turn it on.  It's a very stiff dough, so I have to stop the processor and push the dough around a few times)

Turn out onto a floured surface.

Knead until a soft dough forms.

Bake for 20 minutes, then turn off the oven.

Let cool overnight in the oven.  (I open the oven door just a wee bit to let some of the heat escape, then shut it and leave the cookies in over night).