I'll get to the garden a bit later, but first I must tell you about the tipsy pots. I was afraid the dollar store waste baskets might not hold up well as planters, and I was right. With just one really warm day, the pots began to warp and crack, so I had to find replacements for them. I ended up having to spend $22 at Lowe's for three pots that were big enough to hold the dollar store pots! So I have twenty-five bucks just in pots! It wasn't as easy getting these bigger pots to tip correctly, and the center one ended up being more upright than I wanted, but they will have to do. 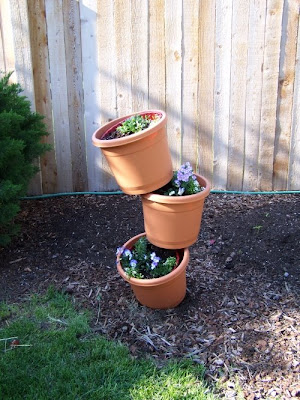 I don't think they look as pretty, but they are much stronger.

Yesterday the kids were here for Mother's Day so we got a wild hare and decided to tear down the old metal garden shed. It came down pretty easy, and Mr. H and I loaded it on the Ranger and hauled it to the dump today. All 420 pounds of it. I'm anxiously awaiting the day we begin to build the new one. In the meantime, I have to look at the neighbor's horrid fence. They can't see it from their house, so they do nothing to keep it repaired. I guess we'll try to fix it before we put up the new building, but I'm not happy about doing it....they should fix their own fence.

The neighbor's fence used to be hidden from our view.
I guess we'll end up repairing/replacing it.

Now I also have to look at the corner that used to be behind our shed, where the compost bins reside, and at the straw that I'm spreading back there for a future extension of the garden. I got the bale of straw from Freecycle, a Halloween leftover. There were two more full bales, but I couldn't lift them, so I ended up just taking one partial bale. It's a start. 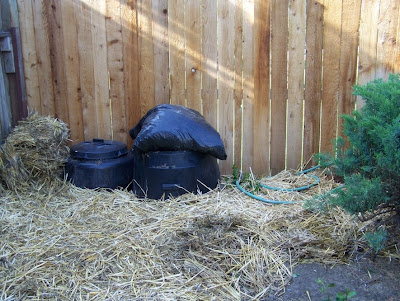 I had to move the compost barrel to make room for my son to work on the new shed, so I just went ahead and separated the top and bottom and made two containers. By the time I had the compost moved and the corner cleaned up, both were filled.

Last night I was sitting on the patio, when a flock of about 15-20 sparrows came flying into the garden and landed on my sugar snap peas. It didn't take them a minute to decapitate half the vines! The poor plants are really trying to put on a few blossoms, but they don't have a chance when they come under bird attack daily. Today I found some plastic netting, and I draped it over the fence....hopefully it will give the vines a bit of protection.

I picked a full 8 ounces of the most beautiful spinach. I can't believe there wasn't a single leaf with leaf miner damage, even though there were still some of the tiny white eggs visible on the backs of the leaves. Most of the leaves are the size of my hand. We had it for dinner tonight, steamed. It's so mild and absolutely delicious. 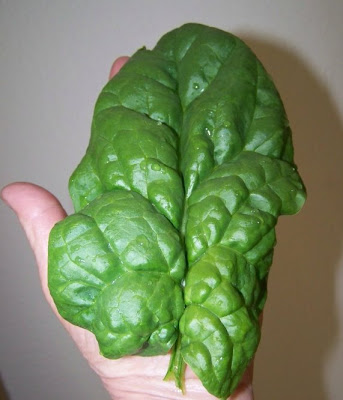 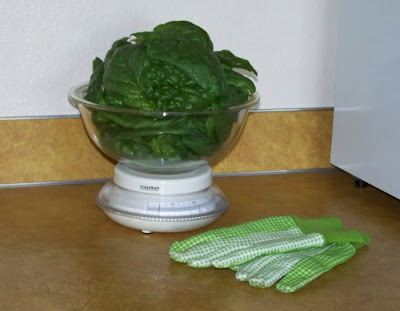 There was too much to pile into the salad spinner, so I had to weigh it in my large mixing bowl. The new garden gloves were one of my Mother's Day presents!

The lettuces were ready to pick, too. I took five ounces from the small lettuce bed, with three green onions and a bunch of radishes. Mr. H said tonight's salad was really good. I'm glad he's enjoying the fresh greens! 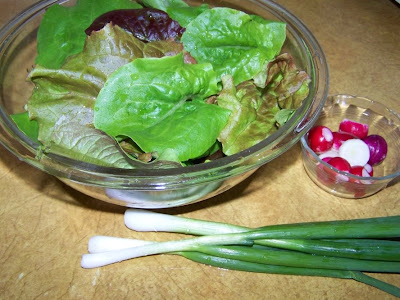 I'm anxious for my Yugoslavian Red lettuce, a gift from Dan, to mature. It's getting close, and it's such a pretty little lettuce. 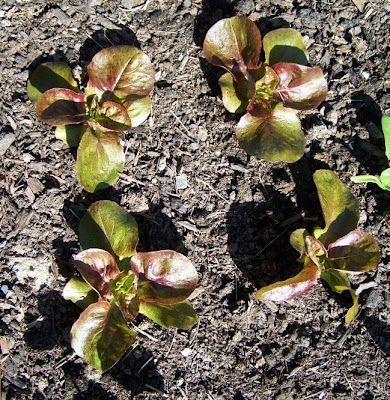 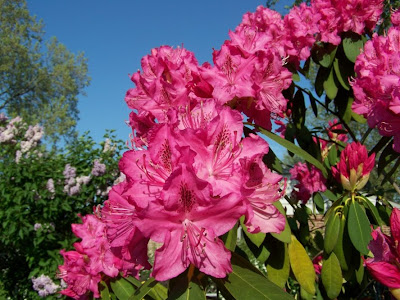 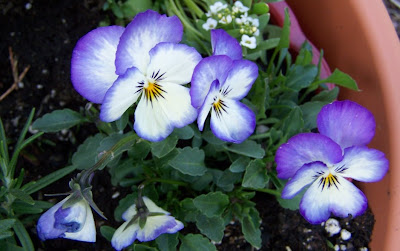 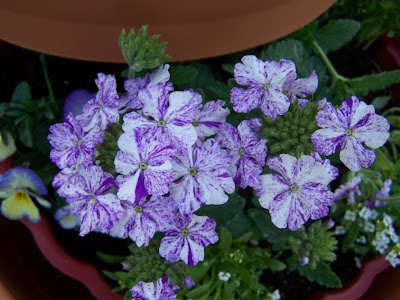 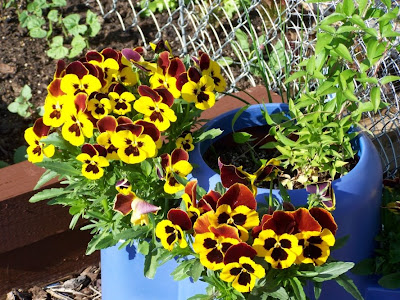 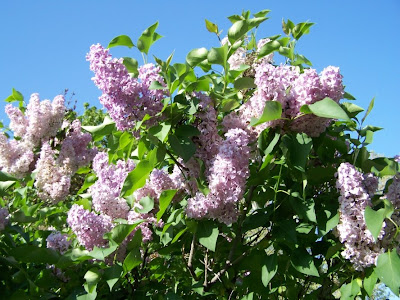 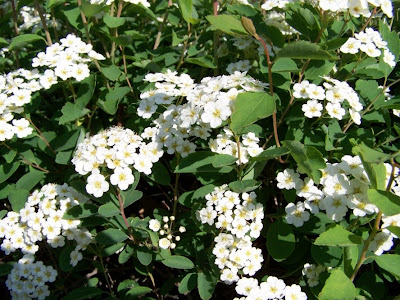