I'm still convinced my seedling tomatoes were accidentally sprayed with herbicide by my lawn service last month. I had planted the ones (20 plants) that seemed to have the least damage, but ended up pulling out and replacing eight of those with purchased plants, two with healthier looking seedlings, and just eliminating one without replacing it. This week I threw all the remaining plants (still in their 16-oz. cups) in the garbage, as they didn't seem to be improving a bit.

I purchased another 4-pack of tomato plants at the nursery this week, planning on pulling out the last four sickly ones. But when I went out to do just that, I thought the plants were actually beginning to snap out of it! I took a photo and compared it to the one I published here on May 9th. Even though the leaves are still curled up tight, look at how it has grown, and at the color, as compared to the same plant just 11 days ago: 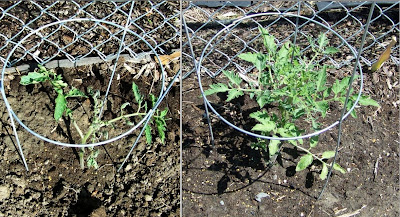 So...I think I'm going to let these last four plants stay right where they are for now, and try to find another spot to plant those four new ones.

Now there are 11 of the original 42 tomato seedlings left, all of which are in the garden. Thirty-one plants were destroyed. They were lovely seedlings, too bad "the unknown" happened to them.

On a brighter note, some of the original seedlings are thriving and even blossoming! 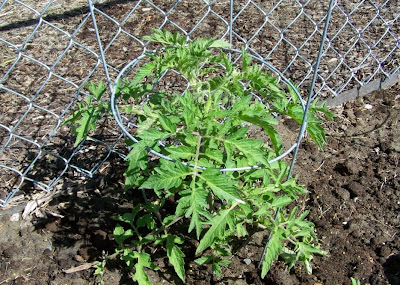 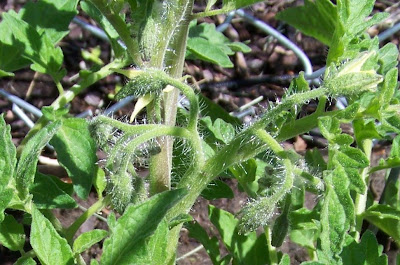 Blossoms on the "Volvograd" tomato 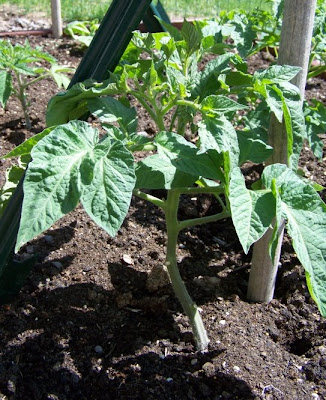 Seed was identified as Cherokee Purple, but the plant has potato leaves. This might be a "surprise" tomato, but it's a big strong one! 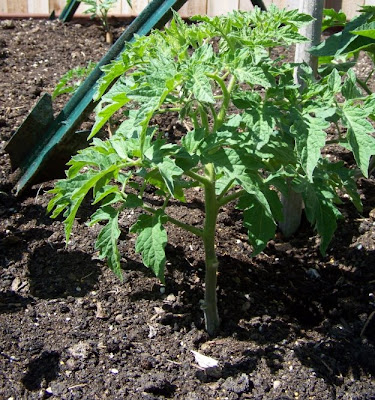 This seed was identified as a Kellogg's Breakfast, but two of the three seedlings grew with potato leaves. I chose to plant the one with regular leaves. 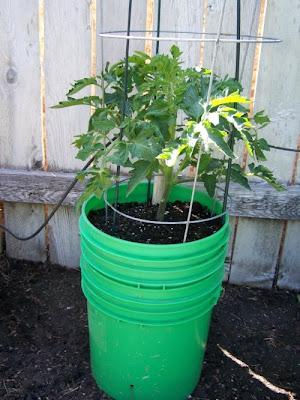 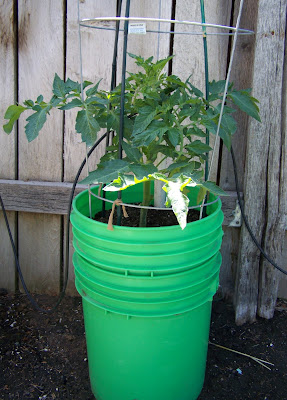 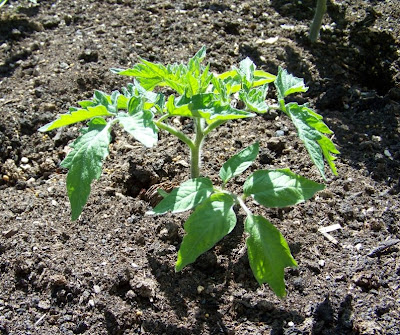 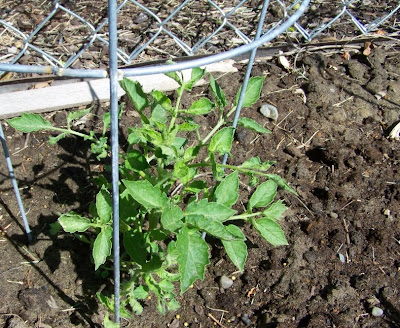 Chico III, the smallest, weakest of the seedlings that were transplanted. This one looked like it was going to die, but seems to be recuperating just fine now.

One of the two big tumbling Tom tomato plants (the ones I started in Arizona in January) didn't transplant very well. The large one was nearly 55" tall when I put it in the garden. I dug the hole as deep and wide as I could, but it still had a LOT of stem sticking up, and it lost most of its leaves due to transplant shock. But it lives! There is new green growth, and it will get babied just like the rest of the tomatoes. Who knows, it might give me some little tomatoes some day. I tried to get a photo of it, but it blended in with the background too much and couldn't be easily seen. 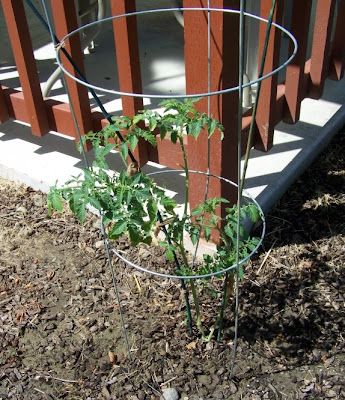 The smaller of the two Arizona Tumbling Toms is growing just fine.
It also has some blossoms. 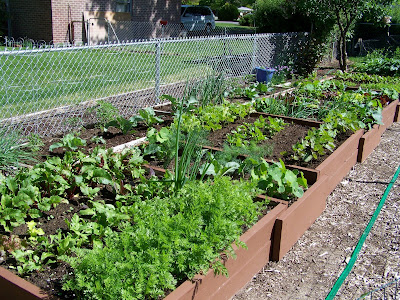 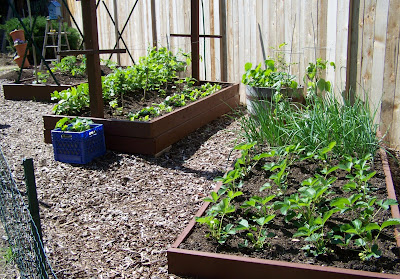