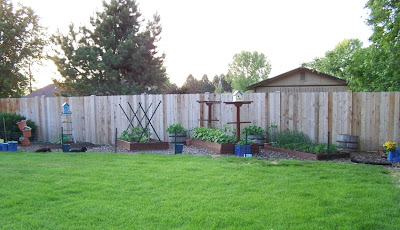 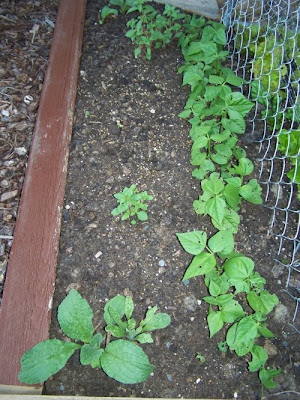 North garden bed #1 contains borage from Cheryl, godetia and pole beans. The mighty cutworm did his work on this garden, too. I have resown seeds of godetia in the center, but I think it's too late for them to do anything. Again, I have some nasturtiums that are ready to fill in, or I might sow some more carrots. One can never have too many carrots! The pole beans were planted too early, and are looking rather sparse. I think I might add another double row on the other side of the chain link fencing, as the lettuce in that small bed is almost past its prime. 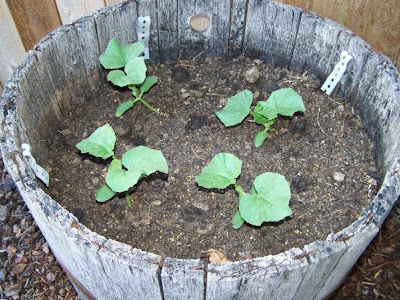 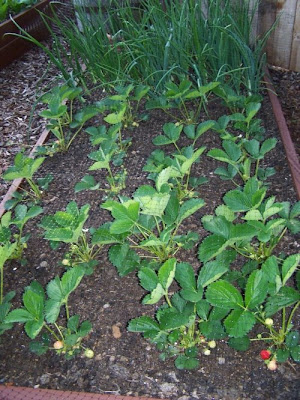 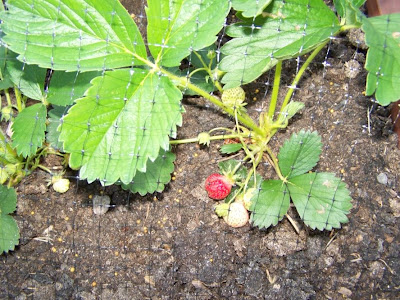 The first ripe strawberry. I will savor it this afternoon. 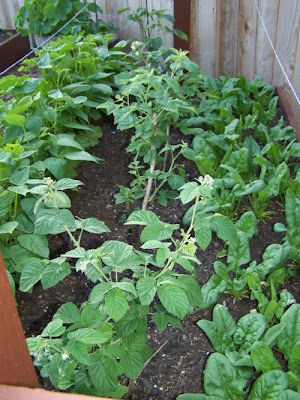 North garden bed #2 holds the new Canby raspberries, which are doing very well and pushing up a lot of new canes, bush beans and spinach. This was the main spinach bed that exceeded my expectations. Once the leaf miners discovered the beet greens, I had very few problems with them harming the spinach. 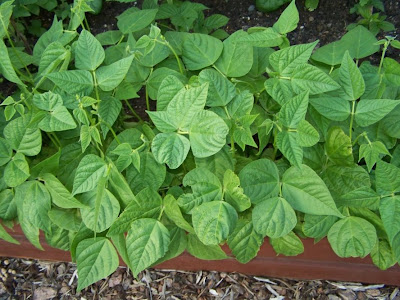 The bush beans in this bed are just about ready to blossom. 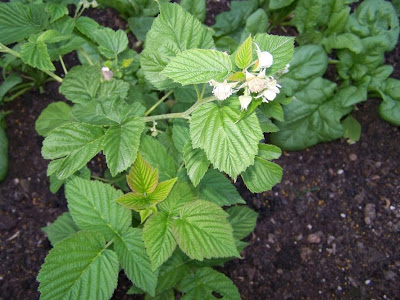 We'll actually get a few raspberries from these new plants. 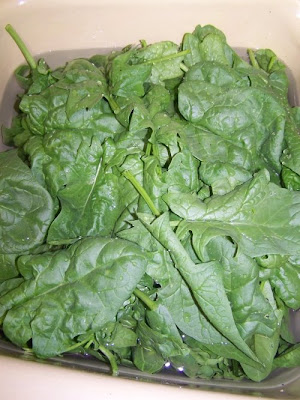 I cut the spinach right after taking its photo. It was my largest harvest to date, and it filled the kitchen sink. 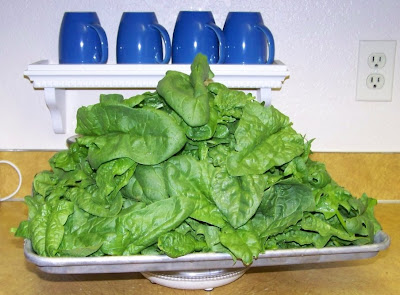 I didn't even have a bowl large enough to contain it, so I had to weigh it on my cookie pan. It was a whopping 1-pound 10-ounces! I'm actually getting rather tired of spinach, so this will be blanched and frozen for later use. 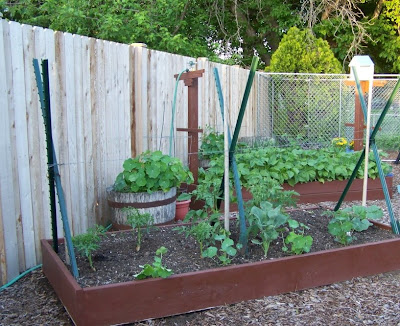 North garden bed #4 holds the indeterminate tomatoes, a couple of stray brassicas, a pumpkin from Daphne and some lettuce and carrots that got a bit messed up when we installed the posts. The barrels against the fence contain two new blueberries (one growing well, the other doesn't look so good) and more nasturtiums. The pots of peppers that were grown in AZ are also against the fence. The peppers seem to be recuperating from their day of being wind and sunburned in a less sheltered area a couple of weeks ago.

North garden bed #5 is the squash garden. It has zucchini, yellow crookneck and butternut squash, along with a couple of sunflowers. I planted a lot of sunflowers here, but the birds must have made a meal of the seeds. 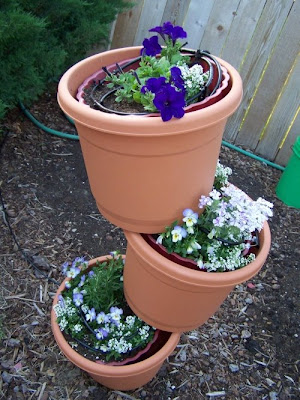 The tipsy pots got their own drip tubing installed yesterday. Today I'll see just how well that works. Each pot got a double coil of tubing with built in emitters. The lavender colored flowers are a bit washed out in this photo...they really are quite lovely. But that blue Wave petunia really jumps out at you, doesn't it?

And finally, the west garden with it's SWCs of tomatoes, a pot of bush cucumbers (there are also 2 pots of these in the north garden), calendula, basil (something is eating it) and marigolds. I stuck a few leftover lettuce plants in here last night, but this seems to be my most bug chewed bed of all, so I'm not sure they will survive. The tomatoes look great though, and are growing much faster in the containers than those in the beds.