Thinking back on last year's garden, I thought I'd misjudged the amount of lettuce we would be needing and didn't plant enough.  It seemed as though I was harvesting tons of greens by May 1st, but I just checked my May 5, 2011 harvest post and I'm actually right on track, and ahead on the total harvest this year by nearly a pound!  Of course, that would be mostly in radishes.  It's a good thing Mr. Granny loves them in his salads.  He has been raving about them, and to a slightly lesser extent the spinach.  He's never been much of a fan of garden lettuce, preferring a crispy iceberg from the grocery store, so I make his salads with a combination of store bought and home grown.

Speaking of spinach, mine has disappeared.  The seedlings I transplanted are doing fine, and those have been our only source.  The seeds I planted in the former strawberry bed all sprouted in just a few days.  They looked great.  Then they disappeared.  By yesterday, out of two 6' rows of spinach, there was one tiny seedling left.  Radishes and beets have also been disappearing in that bed, but not quite to the extent of the spinach.....yet.  I have no idea what's happening.  The bed is covered with netting, so I can't blame birds.  I'm waiting to see if the three rows of carrots germinate and survive, so if they aren't showing by mid-May I'll just dig the bed and see if maybe it's an infestation of the wire worms that plague some of my garden beds.  If it is, I'll just have to live with the destruction, as I refuse to poison the soil.  I don't know if solarizing the bed would kill them or not, but I suppose it would be worth a try.

It's been a busy couple of days in the garden.  All of the tomato buckets (and containers) have now been set up, firmly secured, filled with a combination of potting mix and compost and planted.  I ended up with a total of 18 tomatoes in 13 buckets and three large bottomless containers, with the final two plants being planted directly into the garden sans pot or bucket.  I decided to use the 3 large black containers next to the shed, as the soil stays rather cool inside the cherry timber enclosure and the black pots will help keep the tomato roots much warmer.  That shed garden ended up with all of the tall cherry tomatoes (4), with a Marglobe Supreme in the center, under the window.  The cherries are (1) Black Cherry, (1) Isis Candy and (2) Una Heartsock.  Along the west fence, I planted (1) Fabulous, (1) Marglobe Supreme, (1) Homestead, (1) Bush Celebrity (1) Marion and (1) Bloody Butcher.  They join the previously named varieties in "Tomato Alley", which are (1) Victor, (1) Bloody Butcher, (1) Coastal Pride Orange (1) Homestead (1) Bush Celebrity, (1) Rio Fuego and (1) Mountain Princess.  Of course, in pots on the patio, I still have my four Minigold tomato plants that have been bearing fruit for a couple of weeks now.  That's a total of 22 plants.

After the tomatoes were planted, I started on the peppers.  Three containers in "Tomato Alley" were filled with potting mix/compost and planted with (1) Dave's Happy Yummy Hot, (1) Early Jalapeno and (1) Dave's Happy Yummy Sweet.  Then on to the garden where I installed ten small tomato cages and zip tied them together, then planted (2) Quadrato Giallo D'Asti -yellow, (2) Horizon Orange, (2) Quadrato Rosso D'Asti - red, (2) Red Marconi and (2) Corno Di Toro - red.

During the night, we had a lovely rain that helped settle in all the new plants.  Now we're having strong winds to dry up the soil and batter those new plants.  They've been outside for at least two weeks now, so hopefully they can take the weather extremes. 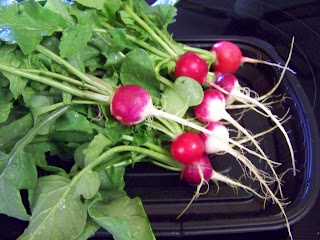 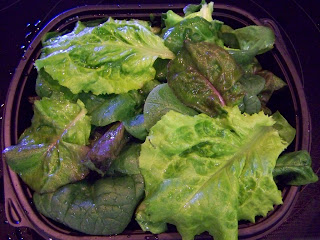 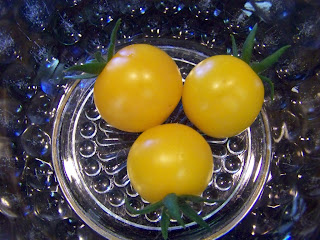 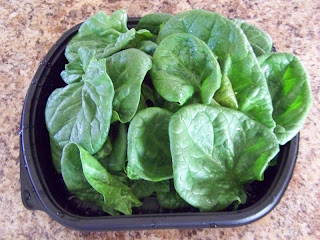 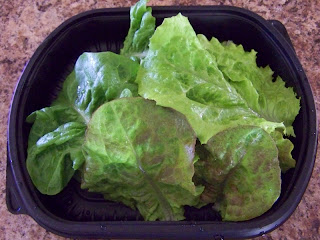 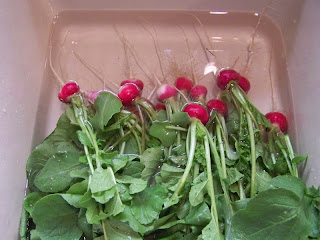 
Ooops!  I forgot to mention Harvest Monday is hosted by Daphne's Dandelions. Hurry over to her blog to see what others are harvesting!