Harvest Recap for the Week of September 9 - September 15 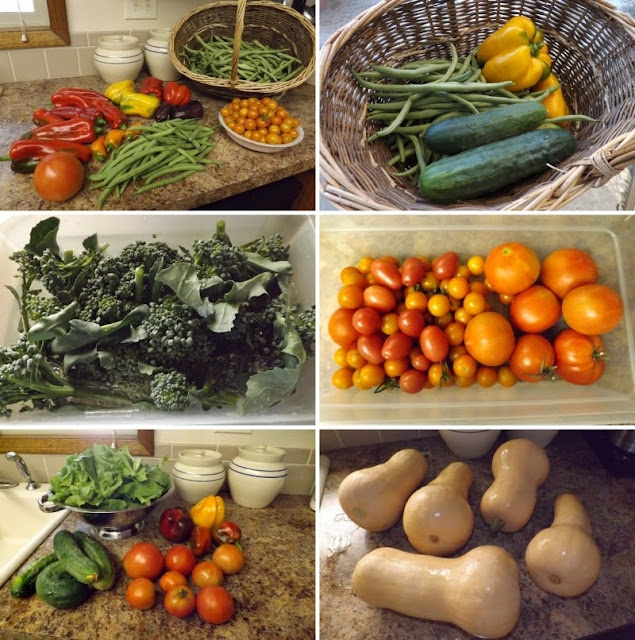 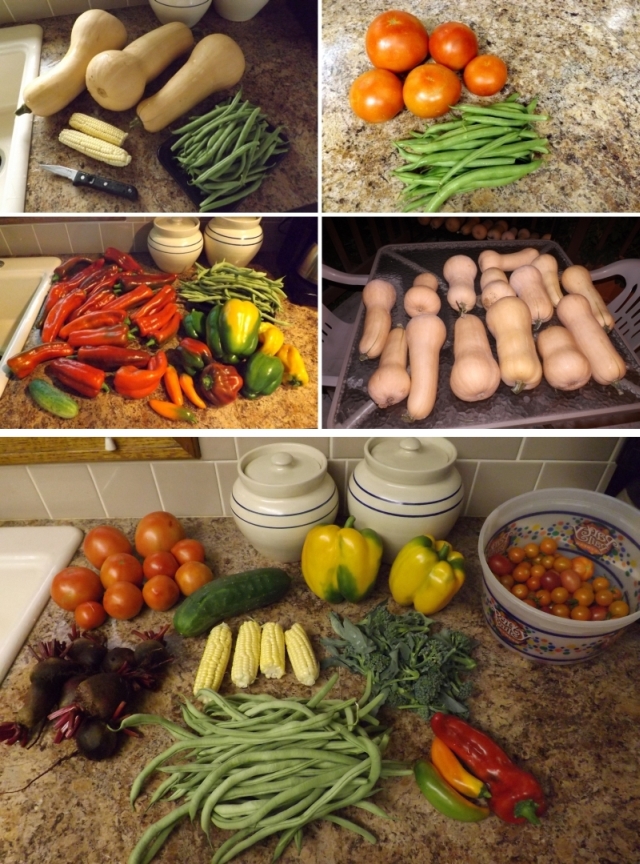 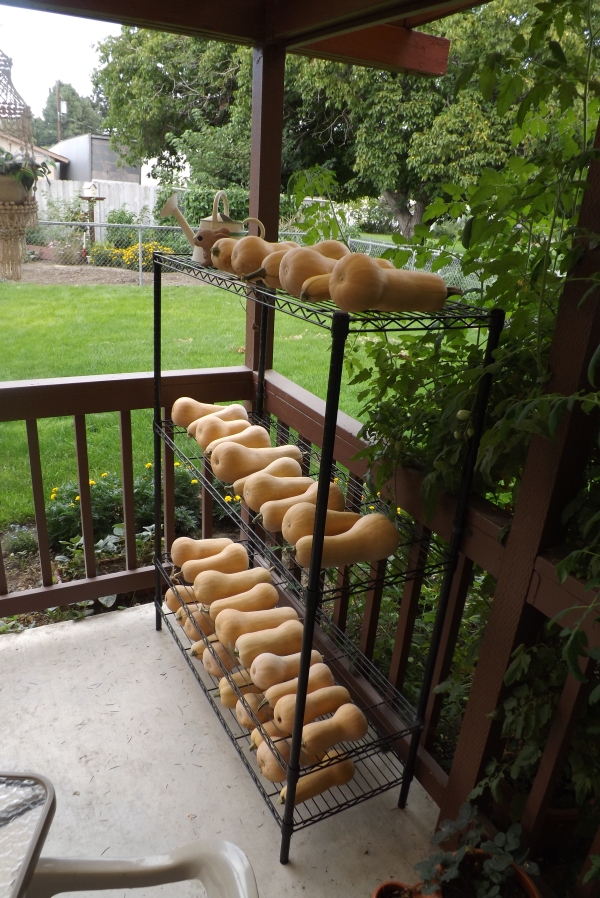 This was definitely the week of the butternuts.  I added 15 squash to the stash last night, which gives me 36 curing on the shelves, plus the one we ate and the two I gave to John, for a total of 39 butternuts harvested this year.  They weighed a total of 136 pounds (an average of nearly 3-1/2 pounds each), which is less than the 192 pounds I harvested last year, but still more than enough for us and everyone else.  There were six more butternuts that were not totally ripe.  Three might be far enough along to ripen off the vine (they have not been photographed, weighed or added to the total), but the other three went to the compost.  The vines have all been pulled, the squash patch is all cleaned up. 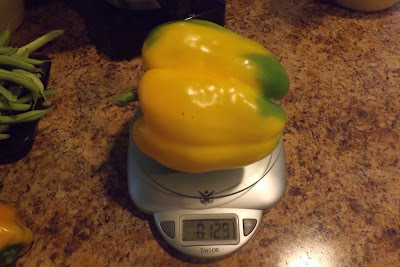 One of the sweet peppers harvested this week weighed in at nearly 13 ounces.  It was way bigger than my open hand! The pepper harvest was really good all week, and I put another 1-1/2 gallons of diced peppers in the freezer, ate all that we could eat fresh, and have several still chilling in the refrigerator.  A big bag of them was also sent home with daughter Amy.

I was surprised to find my "fall" cucumbers bearing better than the ones I grew all summer.  I picked the first ripe one on Tuesday, and have harvested nearly 5 pounds of them all together this week.

A big disappointment is the fall corn.  I wish I had grown a different variety, as the Early Sunglow is  not only not very sweet, the ears are so tiny they are not worth the space it takes to grow them.

The weather has been hot, hot, hot.  Mid to high 90s.  Tomorrow it's supposed to plunge down to the low 70s, which will be a blessed relief.  Night temps will go from the 60s down to the 40s.  The only drawback I can see is that my tomato plants are loaded with big green tomatoes, and they might never ripen.

My final trip to the garden on Sunday was completed just in time.  Strong winds, thunder and lightening hit while I was cooking dinner.  It began raining hard, and the temperature dropped 21 degrees in the matter of an hour.  Of course, the pine trees made another big mess for me to clean up.  You'd think they would eventually run out of pine cones.  And small branches.

Daphne's Dandelions is the host for Harvest Monday.