The first day of autumn found our temperature dropping by 30 degrees overnight.  The past week has been cold and rainy, with daytime temps running ten degrees or more below our normal end of September weather.  Tomatoes are being ripened on counters and windowsill, most of the peppers are refusing to turn color, and the battle with powdery mildew on the cucumbers has been lost.  All of the beans have been picked, and the vines removed.  The few decent parsnips of the year were harvested early to make room for the new raspberry bed.  Windstorms have battered marigolds and pepper plants, causing a lot of stem breakage.  I try to get out to do garden cleanup between rainstorms, and it's going quite well....but every bone and muscle in my body feels it. 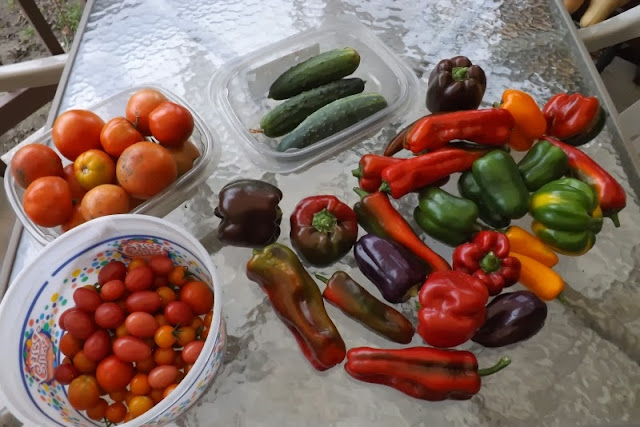 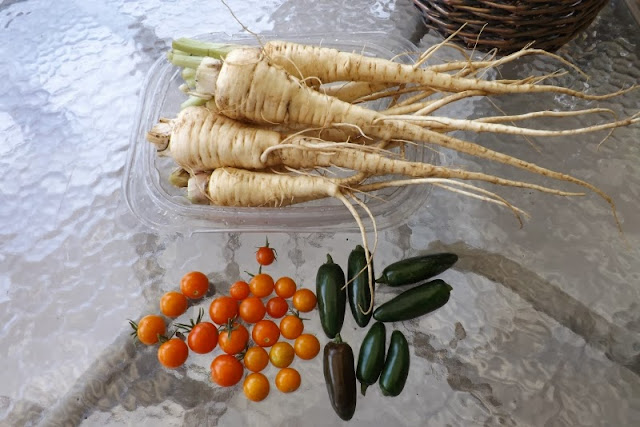 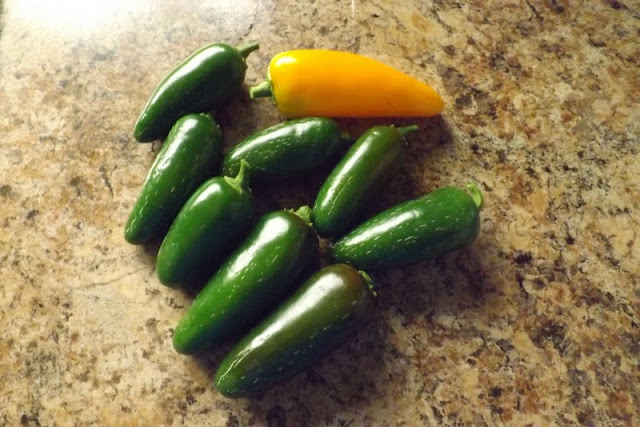 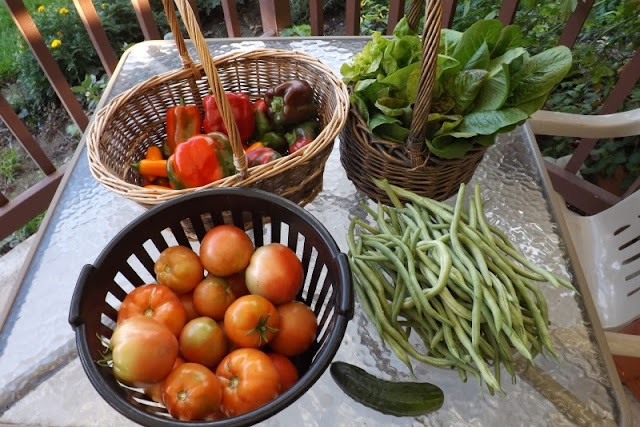 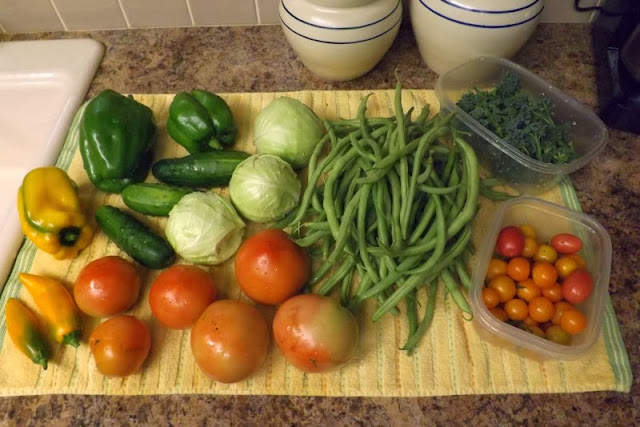 There is very little left to harvest now, so I'm going to do an "almost the end of season" tally.  I'll still have a few tomatoes to pick, a lot of green peppers and, with luck, a few small carrots.  The snap peas are still iffy, but blooming now.  The following totals are rounded to the nearest pound, so add up to 954 pounds, 6 pounds more than the actual total.


Daphne's Dandelions is the host for Harvest Monday.