I hope I didn't bite off more than I could chew.  I've decided to move the raspberry bed, which involves tearing out both the strawberry and raspberry raised beds and repurposing the old boards. 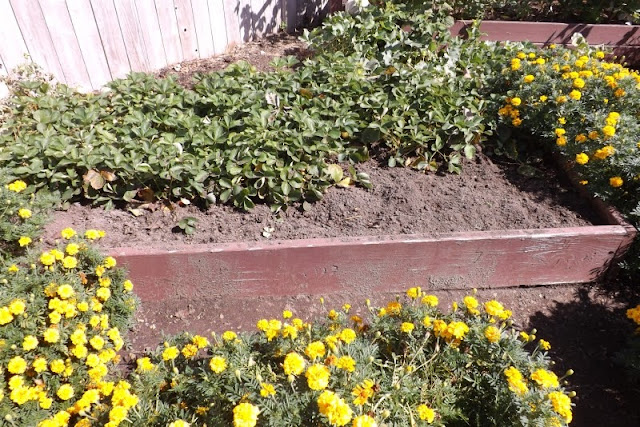 This has to come out.  Both beds were set in at an angle when the garden was first planted, as there wasn't enough room to set them in straight.  Now that the garden has been made much larger, I have room to put the raspberries, and (next year) the tomatoes toward the back. 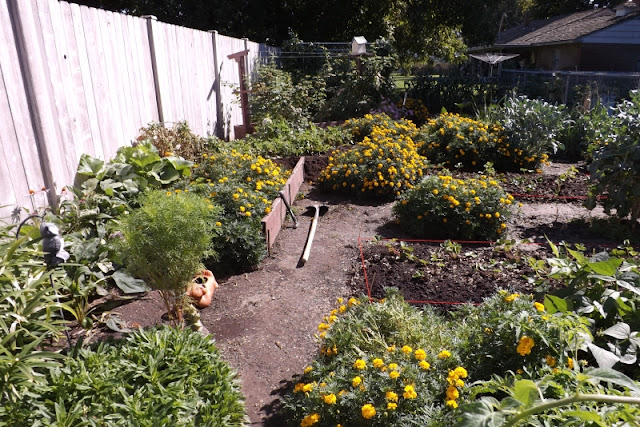 Board #1 was moved so that it runs parallel with the cedar fence, and is the first (front) 8' of the soon to be 16' long  by 3' wide raspberry bed.  That's twice the length of the old bed, so I hope I can get enough canes to survive the move to such a large area.  Everything behind this board has to be dug out and disposed of, including the hollyhocks, cone flowers, Sweet Williams, parsley, marigolds and the sickly tomato plant. 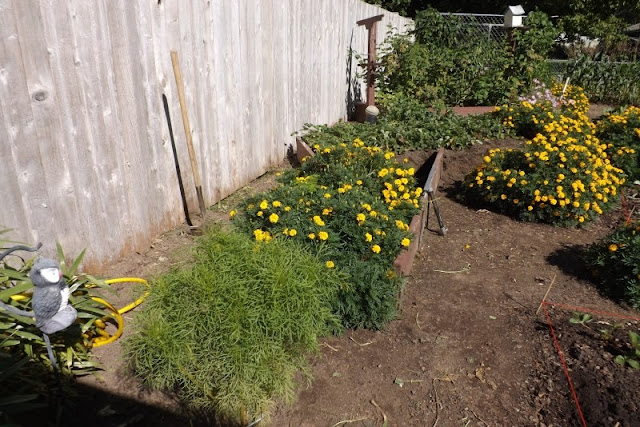 About half of the vegetation has been removed.  All of the hard digging is done, and the hollyhocks, coneflowers and tomato plants are gone.  It was too hot working in the sun, so work has been put on hold until the area is in the shade.  When it's finished, there will be enough room between the bed and the fence to run the rototiller and hopefully keep the raspberry suckers from cropping up all over the pathway. 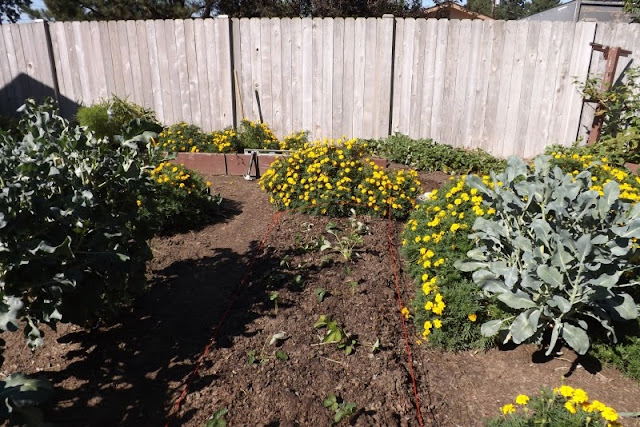 Board #1 is level, with rebar holding it plumb. 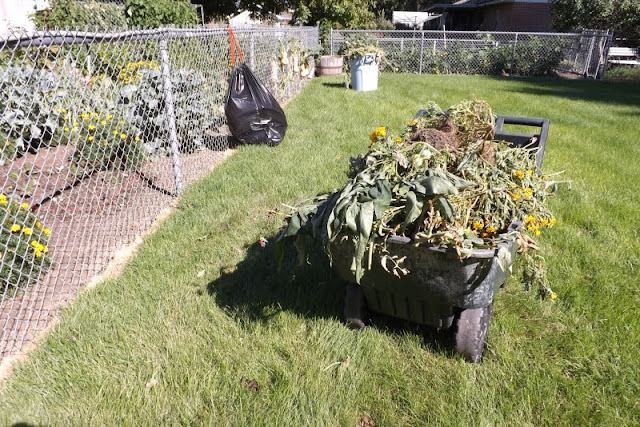 Lots of vegetation to dispose of already, and I've just begun.