Our son, John, came over yesterday morning with a load of lumber and supplies, and began construction of the new garden shed. He's not a builder by profession, and he didn't have any blueprints, I just told him what I wanted and he began building. He's smart like that! As usual, click on the photos to enlarge. 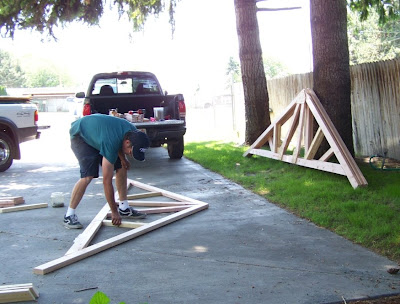 He spent yesterday constructing the trusses. 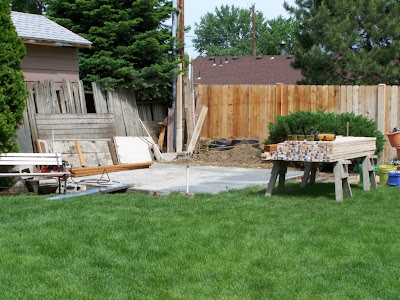 The concrete pad had been extended from 8'x10' to the new 12'x14', and had cured for a few days. John, our other son Scott, and Scott's friend Richard did the concrete work. 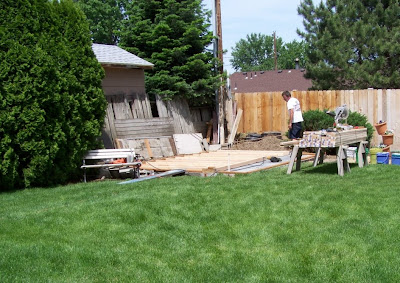 John begins building the west wall. It won't be long before the neighbor's horrid fence will once again be hidden from view! 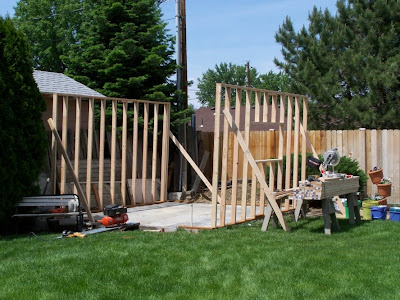 The east wall goes up. 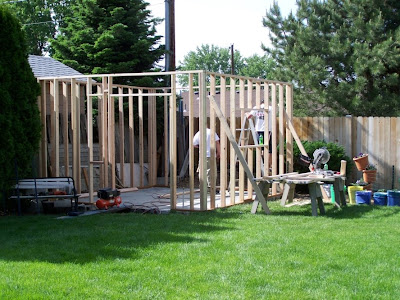 Scott shows up in time to help with the south wall. He's not a builder. I wouldn't even trust him with a hammer! He does, however, make a pretty good gofer and has the muscle to help raise those walls. Four walls are up, and they put up the trusses. 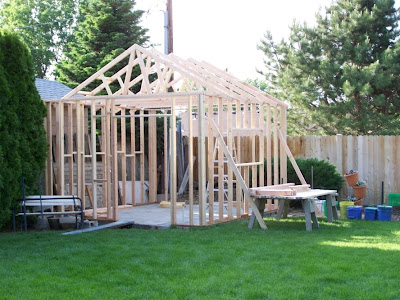 Now THAT was a good day's work!