It's hard to believe I'm planting my fall garden, with temperatures like this. 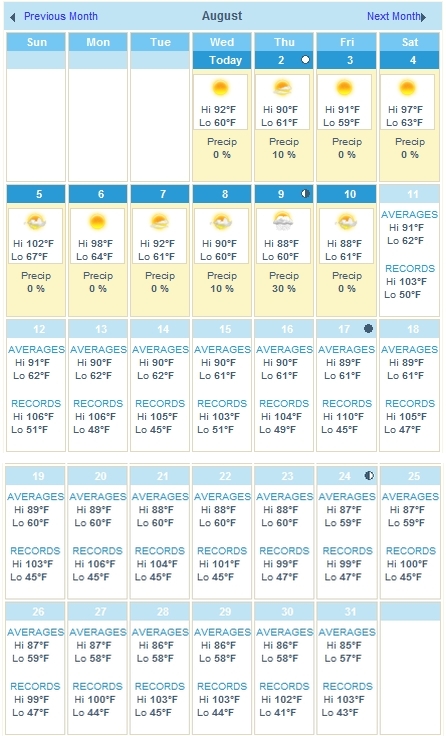 But I am!  All of the potatoes and onions have been harvested from the East garden, giving me room to plant some fall veggies. 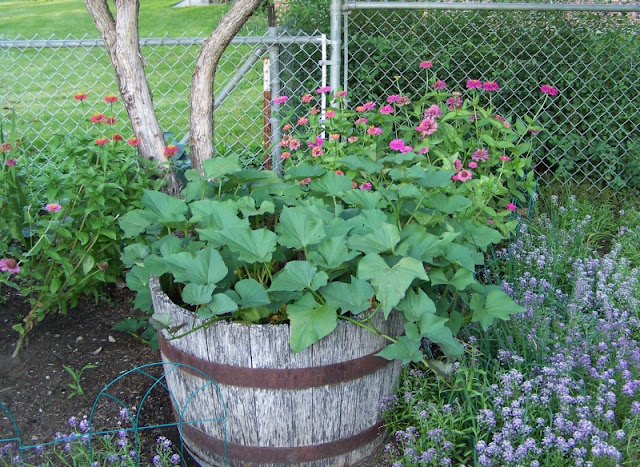 At the entrance to the East Garden, the sweet potatoes seem happy in their barrel.  I hope they weren't planted too late to give me at least a small crop.  The lavender alyssum has nearly covered the chive border, making it a bit difficult to snip chives when I need them.  I'll have to be diligent about pulling volunteers next spring, giving the chives room to grow and spread. 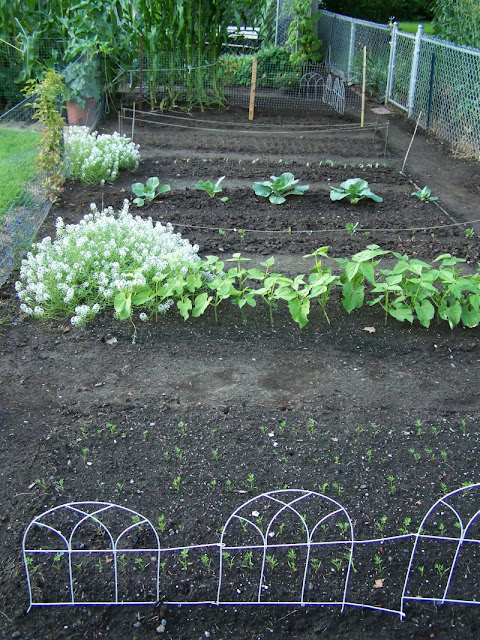 Here is the newly cleared and recently planted fall garden.  It's hard to believe this was a tangled mess of potatoes and onions just a short time ago. 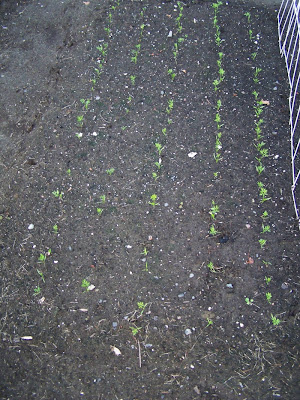 The first bed is filled with Imperator carrots.  Germination was a bit spotty, but not bad considering they sprouted in 90-100 degree weather. 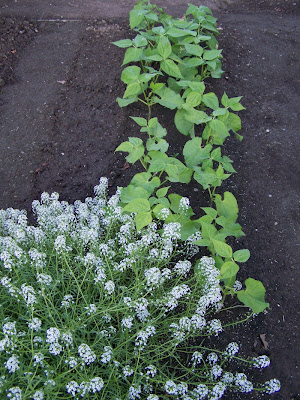 The second bed has a double row of bush beans, I think I planted Contender, but I've forgotten....they might be Topcrop. 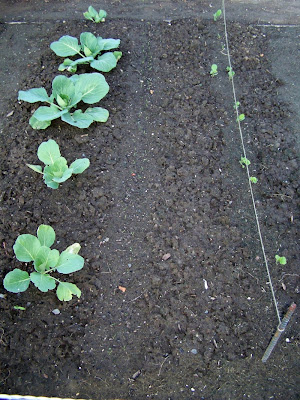 Gonzalez mini-cabbages grow on both sides of a row of carrots.  The larger ones were thinnings from an earlier planting in the North Garden, the small ones on the right were recently seeded and waiting to grow a bit before being thinned.  I'll find a place to plant those thinnings, too. 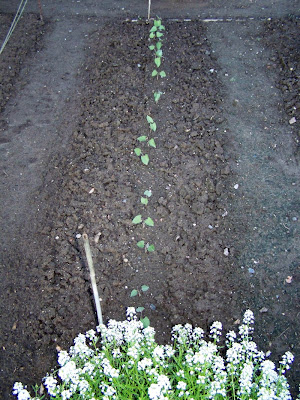 I planted a single row of Ed's Velour bush beans, now I think I'm wasting too much space.  I'll probably plant two more rows right away, one on each side of the presently growing ones. 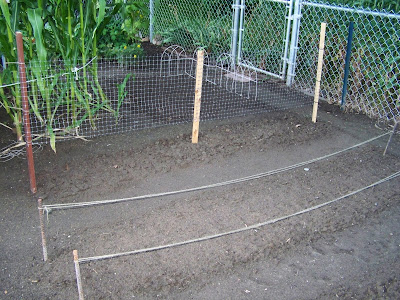 In the foreground is a newly planted bed of Burpee's A#1 Hybrid carrots.  Behind that is the newly prepared bed and a trellis for Green Arrow peas to be planted in two weeks.  I have a 98-cent packet of the seeds for my first experiment with fall peas, and I'm saving the "good ones" for spring.  The small square in the upper right was planted with three varieties of lettuce, Buttercrunch, Summercrisp and Little Gem.  I'm trying to use up some old seeds, so I might have to replant if germination is poor. 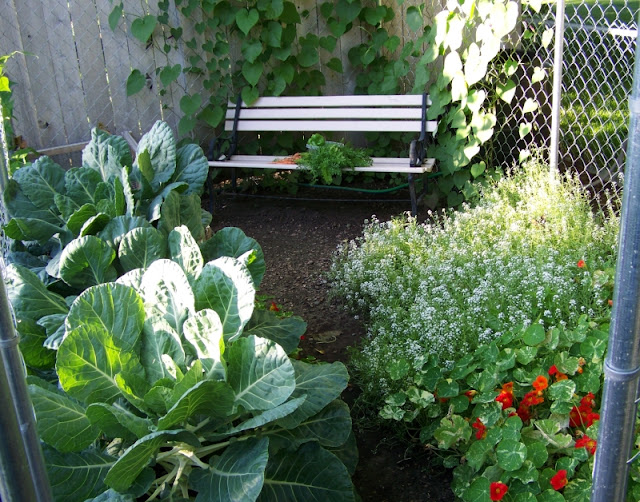 The Kennel garden has become a favorite place to sit and look at the garden.  It's so cool and shady and serene.  The morning glories are so pretty in the morning.  Unfortunately I took this photo after dinner.  Look how huge the Brussels sprouts are!  I wonder if they will ever get any sprouts.  They have tiny nubbins that never get any larger.  Another bed of newly planted mixed lettuces is hidden behind the sprouts. 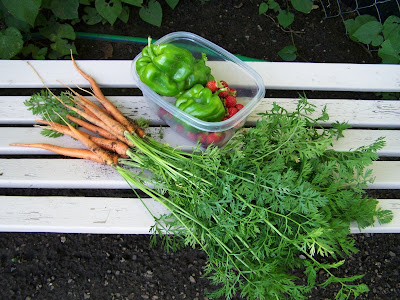 Fresh veggies and berries, hanging out in the shade.