Garden dinners were rather sparse this past week. It has been so hot, and we have been so busy, most nights were leftovers or sandwiches or quick meals that aren't worth bragging about.

I did have a lovely boneless pork roast that I cut into three thick chops for one meal.  They were floured, seasoned and pan fried, then served with stuffing.  The rest of the meal came straight from the garden; green beans, butternut squash baked with butter and brown sugar, sliced tomatoes and cucumbers with ranch dressing. 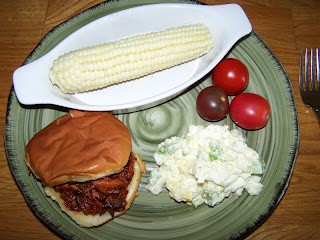 The remaining end of the pork roast was put in the crockpot with barbecue sauce, then served on toasted burger buns.  The sandwiches were served with potato salad (potatoes and onions from the garden), and fresh picked corn and cherry tomatoes. 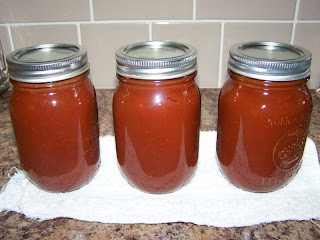 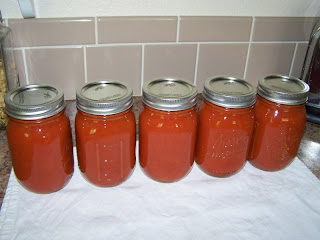 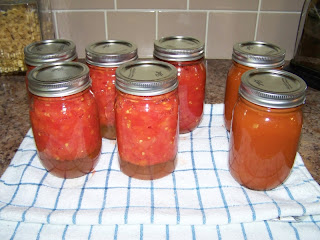 Five pints of diced tomatoes and two pints of odd colored tomato sauce.  The color is odd because I used both red and yellow varieties of cherry tomatoes in it, which gives it an orange hue. 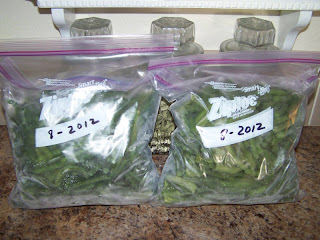 Two gallons of green beans (about 6 pounds) were frozen.

Join in at Robin's to see what others have been cooking and preserving!