I know this is a bit off topic for a kitchen garden post, but Rebecca and I have been discussing snakes, and she wanted to see the King snake that paid us a visit one evening.

It was our first year in our Arizona home. We had stayed until mid June, painting and fixing up the place for a winter residence. We were sitting on our front porch, enjoying the coolness that is so elusive on an early summer evening, when I happened to notice a slight movement of something slithering up the porch steps. A moment later a 5 or 6-foot long snake was heading toward our seating area. I immediately recognized it as being a non-poisonous variety, and jumped up to go inside for my camera. Mr. H, who was oblivious to what was happening, said "Where are you going?", to which I replied "Snake!" My, I've never seen that man move so fast.

I did get my camera, and followed the snake for a while. 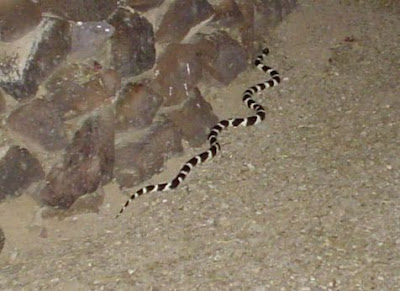 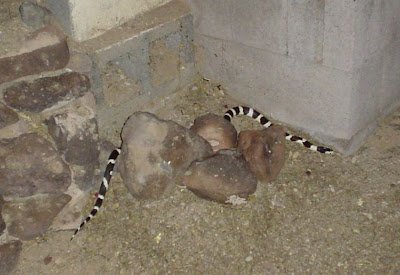 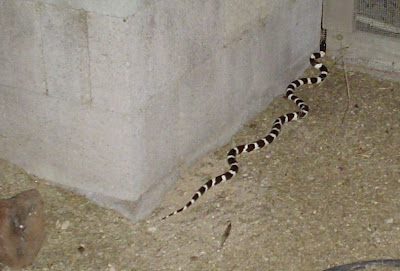 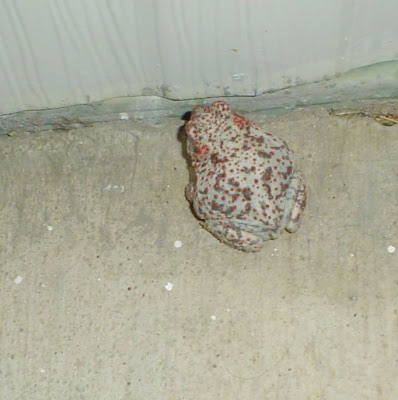 A Red Spotted Toad was another visitor to our Arizona front porch.

Then there was the tarantula that wandered down our driveway one day. I caught her in a great big jar, just long enough to get some photos, then let her go. 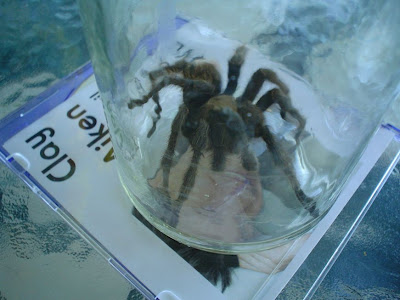 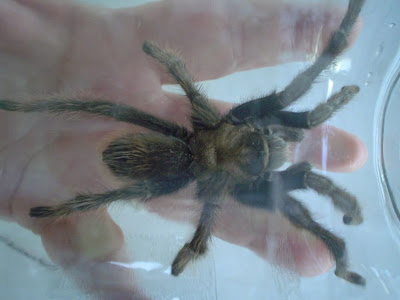 You can see that if she could spread out she'd be as large or larger than a CD case, and more than a handful for me!

Back in 2004, my daughter and son-in-law were managing a mobile home park in the Washington town where I live. One day, Bryan noticed a very distressed skunk with her head stuck in a mayonnaise jar. He called the Humane Society, and they told him they wouldn't come to the rescue, to just kill it. Of course, there's no way he could kill that poor animal.... 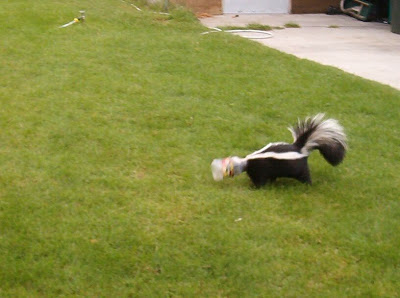 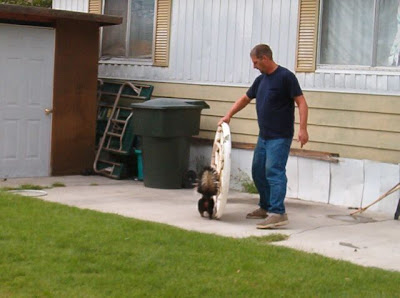 He grabbed a table top from the patio.... 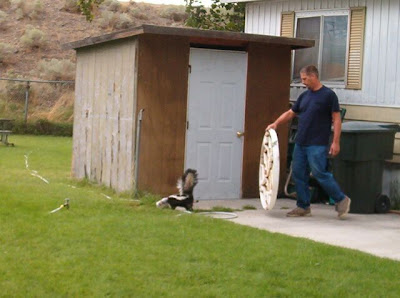 With the table top between him and the skunk, he herded her toward the chain link fence.

Once he got her to the fence, Bryan turned the table top so the jar was wedged between it and the fence, which allowed the skunk to back her head out of the jar. She ambled away, without even a spray, and Bryan stashed the jar in the trash so it wouldn't endanger any other animals.