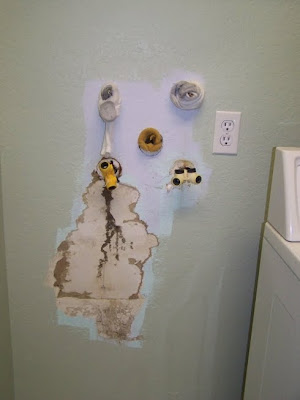 If you haven't looked behind your washer lately, run and do it right now. Go! I'll wait for you.

I had no idea there was a leak back there. It wasn't severe enough to make a visible puddle on the floor, but it was ruining the wall! Both faucets were dripping, as well as the hot water hose. Mr. H's socks came in handy to absorb the drips, and a couple of Ys from the garden shut off the lower ones. I tore back all the wet sheetrock and sprayed everything with straight Purex to kill any mold spores. Then I went ahead and painted the undamaged area of that wall, and called my son, John, to the rescue. 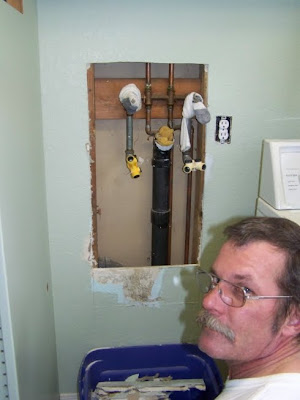 John to the rescue!

John cut out the sheet rock to expose the plumbing, surveyed the damage, and made the decision to replace everything rather than try to repair it. 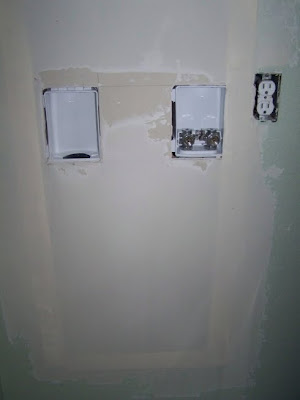 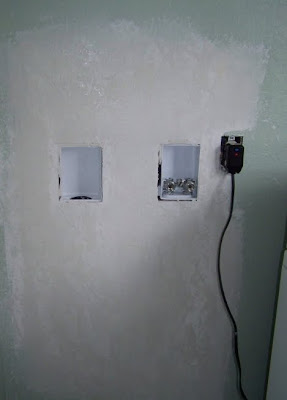 Taped and textured, ready for a coat of primer. 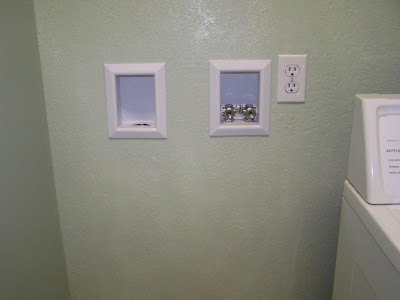 Then I gave it a coat of paint. The wall is like new, and John is my hero kid, as usual! The laundry room is ready for that new washer, which will be delivered Thursday. 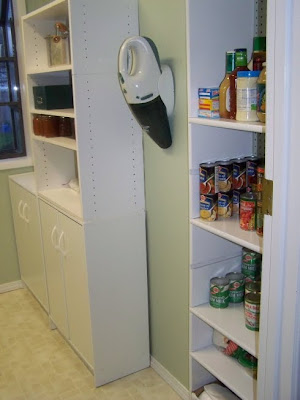 All the shelves and moldings got a fresh coat of bright white paint. I purchased the two base cupboards (we had to put them together), and then stacked the old shelves on top of the one on the right, attaching them with a couple of L brackets so they won't topple off. 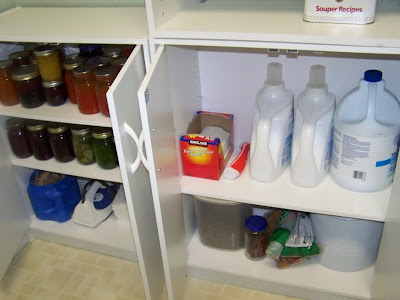 The two new cupboards give me some nice hidden storage. 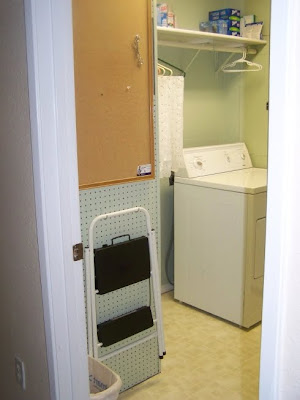 Another view of the room. The light sage green paint is a pleasant change from the blue that has been the color for at least ten years. 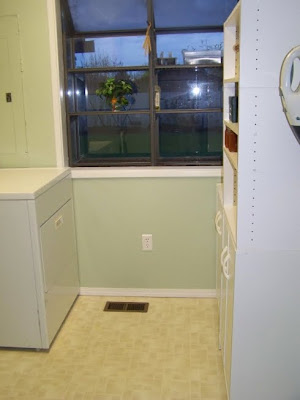 The plant window is looking rather bare with most of the seedlings moved out to the garden shed. 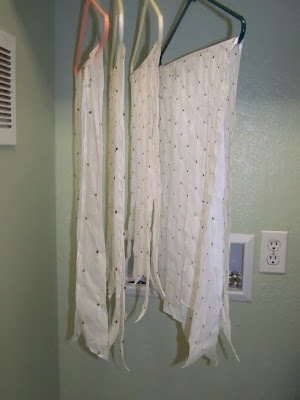 I didn't completely give up gardening while I was redoing the laundry room. While waiting for the paint to dry, I made toilet paper seed mats of carrots, beets and radishes. They will all be planted tomorrow.

Elsewhere in the garden, the spinach is up, and the radish rows are visible all the way from the kitchen window. I planted some broccoli under milk jugs, the peas aren't up yet, and neither is the lettuce. Most of the seedlings in the garden shed have now sprouted, except for the parsley and the lemon basil. I bought a new packet of parsley seed today, just in case. I know it can take around 3 weeks for parsley to start growing, but the old (2008) seed can't be counted on to be viable, so I decided to play it safe and plant a backup crop. We finally got a good rain yesterday, but the wind blew hard all day today, so everything is dry again. Our irrigation water was supposed to be turned on March 22, but it's still off. Everyone to the west of us has water, but none to the east. Phone calls to the irrigation district just get "It should be on later today or tomorrow", but she's been giving that same answer since last Tuesday! Today she said there must be a stuck valve somewhere.....well, UNSTICK IT!!