The "Big Guy" is turning orange now, and I think he's finally stopped growing. You can see by the photos that he's much larger than any others on the vine. These are supposed to be the small, 5-6 pound pumpkins, but "Big Guy" weighs 14.5 pounds! Yes, I took my digital bath scale out to the garden, positioned it on a square of plywood, lifted the pumpkin and scooted the scale under it with my foot. I'm sure my neighbors think I'm insane. 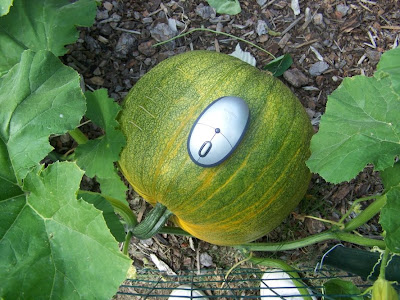 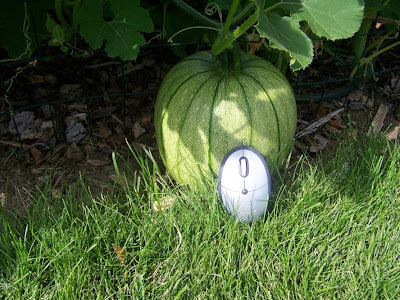 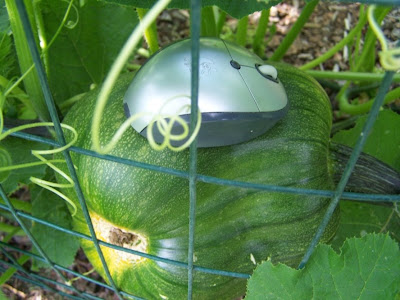 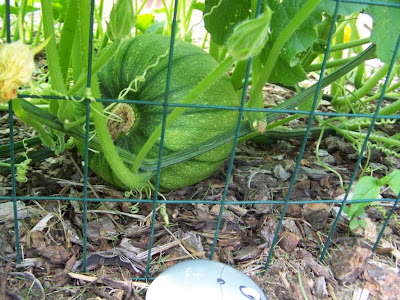 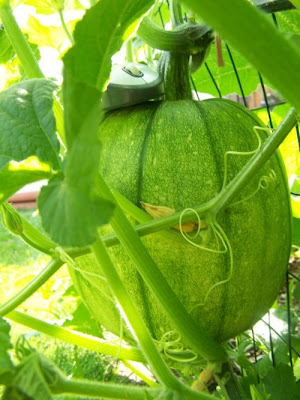 There may be more pumpkins in the patch, but I wasn't going to risk losing my computer mouse in that jungle of vines! 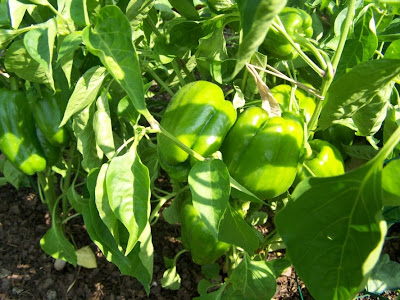 The bell peppers are getting so heavy, they have to be staked to stand upright. 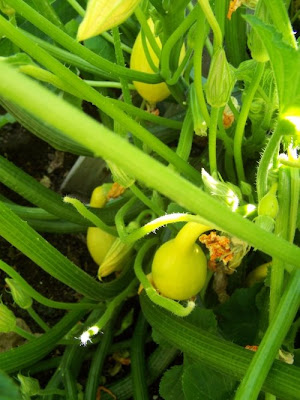 Lots of yellow crookneck squash on the way! 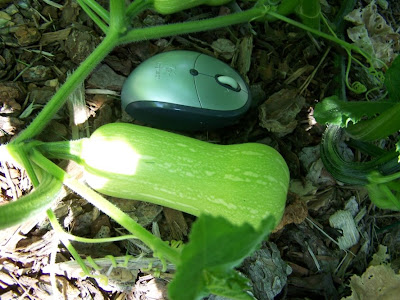 And lots of butternut squash, too. 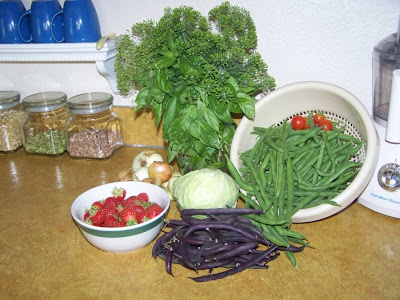 All of the dill got blown over in last night's wind storm, along with my sunflowers. Two of the bell pepper plants were leaning badly, but not damaged. The parsnips were held up by the bush beans, but now they need to be fenced in upright, as I pulled the last of those beans today.