Yesterday I decided to do one last picking, then rip out the Burpee's Stringless Green Pod bush beans. The raspberries, in the same bed, really needed the room to send out next years canes, and the beans had certainly given me more than my money's worth. These seeds were purchased from a dollar store, and cost a whopping 50-cents for the three packets! I harvested around ten pounds of really nice beans from them, and they still had some small beans and blossoms on the vines when I pulled them out. You might think that was a waste of perfectly good plants, but two succession plantings of other varieties are producing now, and I'm seeing little beans on my pole beans as well. I think I'm going to be "beaned out" before long! 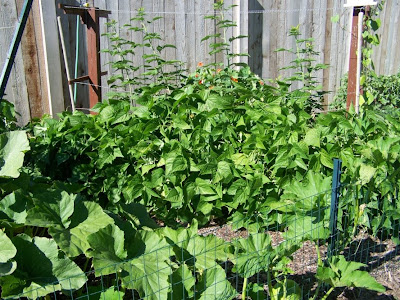 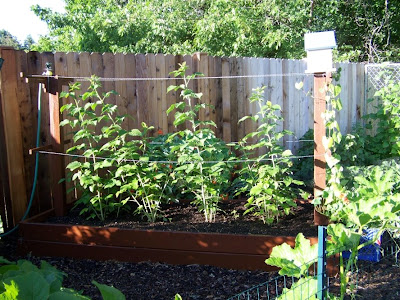 The bean patch "after".

I just about had a real catastrophe after I finished pulling the vines. I had taken my camera to the garden, as usual, and I always hang it from a fence post between pictures. Well, I forgot to bring it in, and I turned on the sprinklers! After I rescued it, I dried it off as well as I could, took a couple of pictures, and it seemed to be just fine. But this morning I took a picture of the pile of vines, and it looked a bit odd. So I tried another picture, and the camera went into panoramic mode and wouldn't come out of it! Many of the settings wouldn't work, and all the photos were odd looking. I turned it on so the lens would come out, then took out the memory card and batteries, and set it out to dry. Fortunately, that worked. 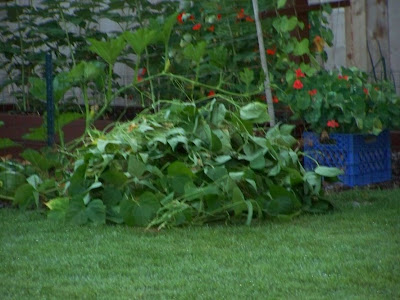 I had a huge pile of vines to dispose of, but the lawnmower made quick work of it. They were bagged and then put in the compost bin. 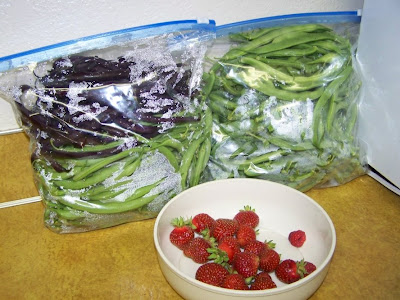 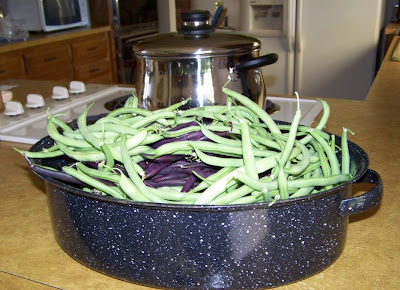 I had a huge pot of beans to snap, blanch and freeze. 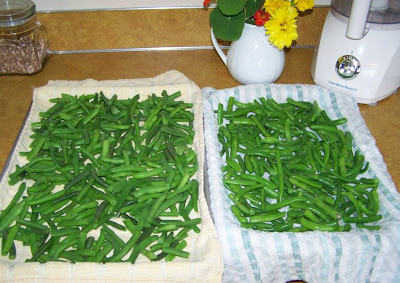 After giving my neighbor a pound of beans for her dinner, and giving in to my youngest son who called and begged for my "purple beans", I still had a good amount to put in the freezer. 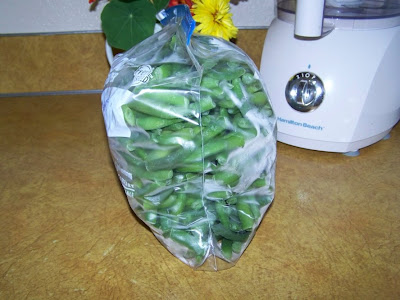 Once they were frozen, I bagged them. I literally stuffed three pounds of beans into a gallon bag. I almost couldn't zip it shut!

Update on the New Garden Shed

I haven't shown any photos of the new garden shed lately, because we haven't made much progress since the last time. John (our son) is using recycled OSB for the interior walls (he also used it as exterior sheathing). Only the roof and my work bench got new OSB. The cabinets are recycled as well, and the paint I'm using inside is some exterior satin that was mixed for our house last year, and they goofed on the color. So I guess you could say the paint is recycled too. It's slow going, as everything needs a coat of primer first, and the OSB's rough texture makes painting it a bit difficult. 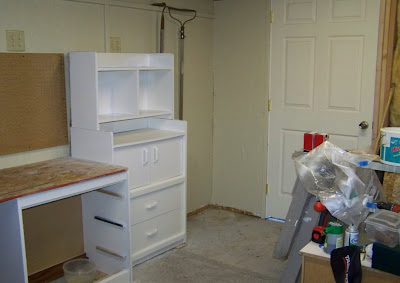 I painted these walls and the cabinets this morning. I'll probably get the drawers painted tomorrow. We still need to install baseboard molding and a threshold under the back door. 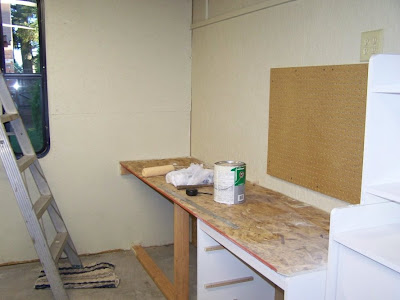 The left side of the 8' workbench will hold the 4' mini-greenhouse, and there will be deep shelves underneath for potting mixes, pots, etc. Pegboard is for my small gardening tools. 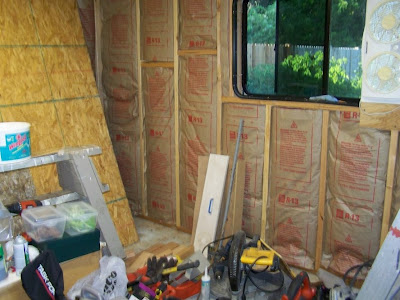 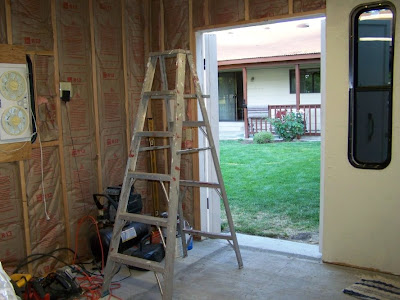 But, excluding the ceiling, about half finished. 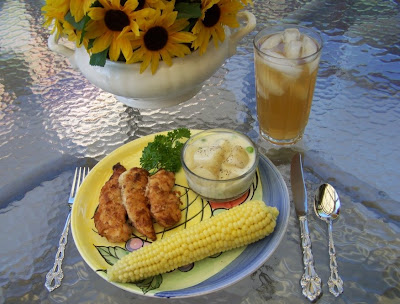 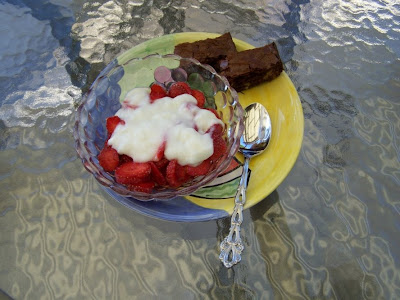