Monday was another canning day. I didn't have a lot of tomatoes, not enough for the salsa I really wanted to make, but something had to be done with what I had before they spoiled. I decided to make Mr. H some good home made tomato juice to put in his beer. I also had a bunch of cucumbers and peppers, so I made another batch of sweet relish. I think I now have a lifetime supply! 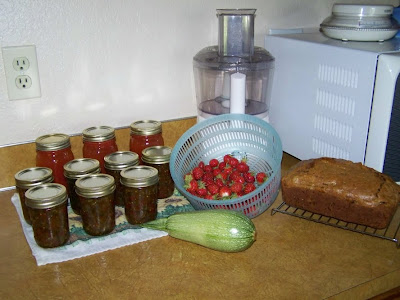 Seven more jars of sweet relish, three pints of tomato juice and a loaf of zucchini bread and I'm almost caught up with the garden produce again! The strawberries got mashed and added to the special 4-cup container in the freezer. When that's full, it will be exactly the amount I need for another batch of that delicious strawberry jam.

We won't discuss the zucchini bread. OK, we will discuss the zucchini bread. It was my first loaf of the year, and I wanted to make it especially for my youngest son. Scott is diabetic, so I Googled for recipes using Splenda, and came up with two that sounded good. The one from Splenda called for unsweetened applesauce, and I was out, so I chose the other recipe. Bad choice. That loaf is so heavy, one needs a forklift to pick it up. I tried a slice, and it was so dry I choked on it. I sliced off another piece and put it in the toaster. When it popped up, I tried to lift it out of the slot with the tongs, but it just broke into pieces. I ended up tipping the toaster upside down and shaking the zucchini bread pieces onto the counter, where I slapped some butter on them and lapped them up like a dog. It didn't taste too bad that way.
On to today. It was time for the moment of truth. Was the butternut squash, that was so callously taken from the garden last Saturday, ready to eat? 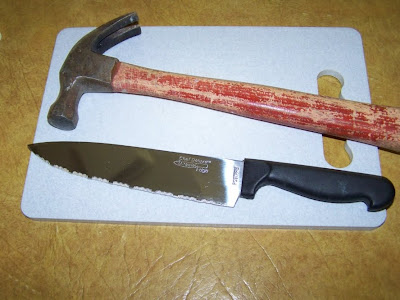 It was a good sign that I had to get out the special equipment to cut the squash in half. When butternut squash are ripe, they are very firm. 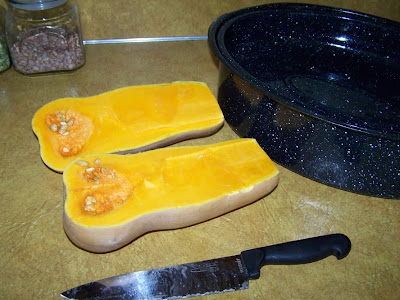 Ahhh, a beautiful deep gold color. It's a winner! 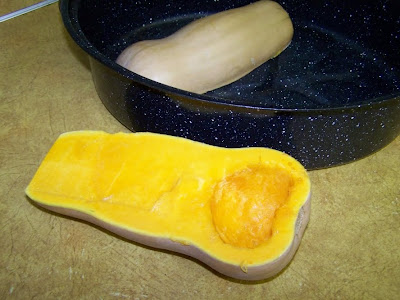 I scooped out the seeds, then placed the halves, cut side down, in the roasting pan. 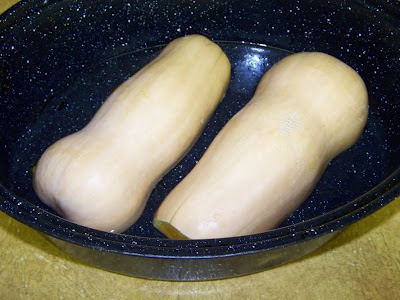 I poured about an inch of hot water around them...... 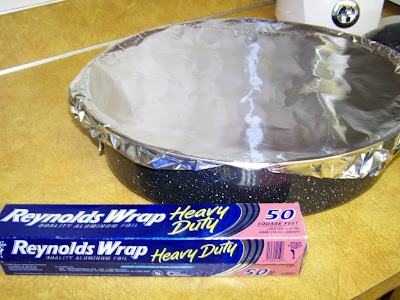 Then covered the pan with foil. 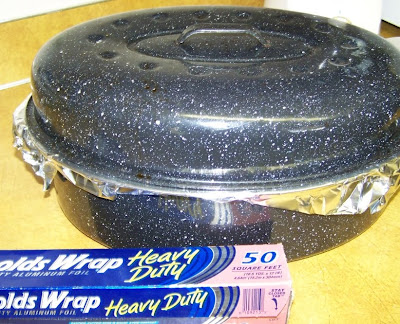 I popped on the lid, and baked it in a 350 degree oven for an hour. It was a very large squash! 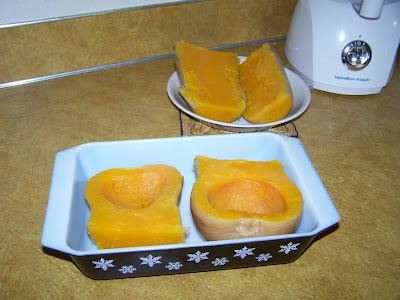 When it was done, I cut off the ends and set them aside for another use. I put the hollowed out pieces in a baking dish..... 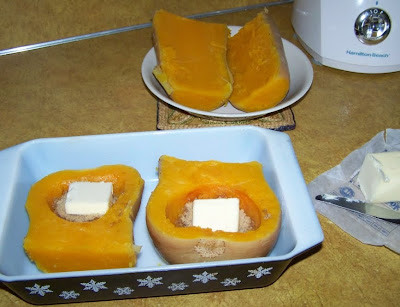 Then filled the cavities with brown sugar and a big pat of butter. I returned them to the oven for about ten minutes, to melt the butter and sugar. If I'd have had more time, I would have basted the tops of the squash with some of the butter/sugar mixture and left them in the oven to brown a bit. But dinner was running late, so I skipped that step. 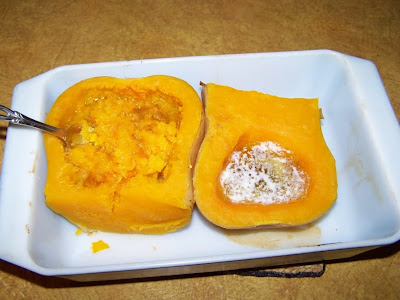 After taking them from the oven, I loosened the squash up with a fork, lightly mixing it in with the butter and sugar. Mr. H likes a bit more brown sugar sprinkled on his at this point, but there is plenty in the squash cavity for me. 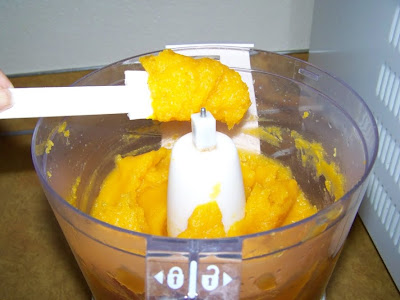 The rest of the squash was spooned out of the skin and pureed in the food processor. It was lovely and smooth and thick. 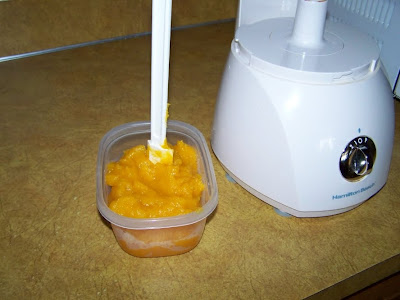 So thick the spatula stands alone! This is the perfect amount for a "pumpkin" pie tomorrow! 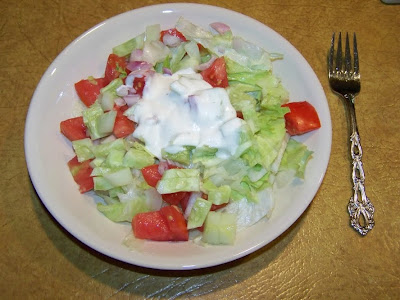 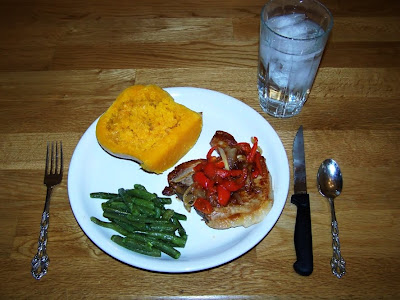