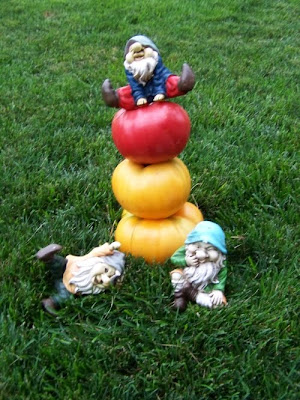 These three tomatoes weighed a total of four pounds, with the bottom one weighing in at 1 pound 12 ounces! The yellow tomatoes are Kellogg's Breakfast, which will most certainly be planted in 2010. The red/pink tomato is the mystery "should be a Cherokee Purple, but is probably a Brandywine". It's another winner! 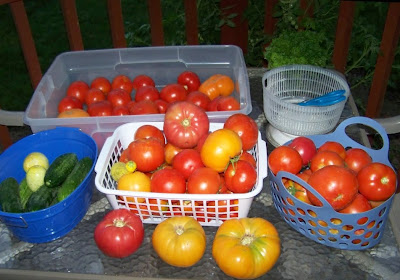 The patio table is filling up fast with tomatoes. There are more than 30 pounds here. 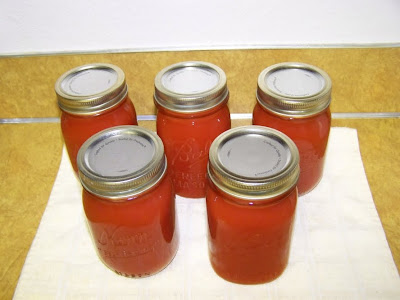 The tomatoes that were taking up kitchen counter space became ketchup today. This was another Mrs. Wages mix. I think it is my favorite so far, but I may cut the sugar a wee bit in the next batch.

We're getting a cool evening, with a nice breeze and occasional raindrops. I'm going to fix myself a cup of tea and go sit out on the patio to enjoy it while it lasts.